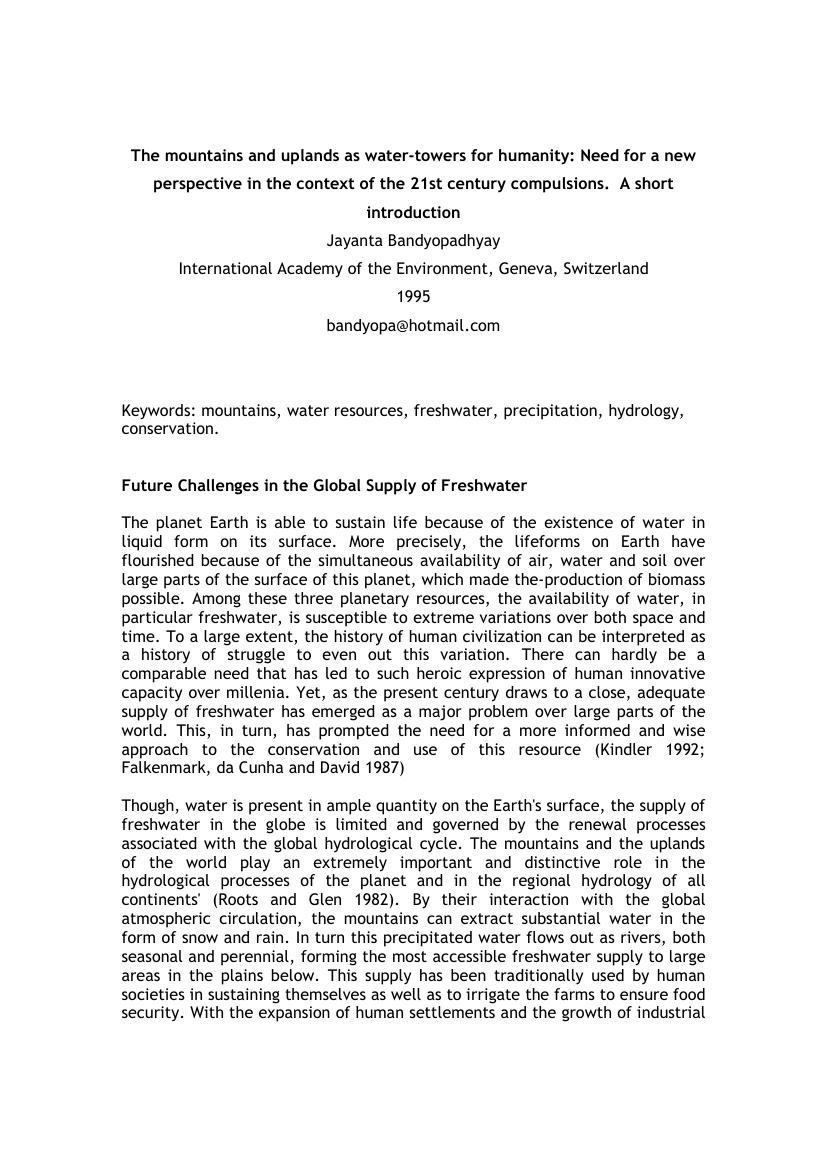 The mountains and uplands as water-towers for humanity: Need for a new perspective in the context of the 21st century compulsions

The planet Earth is able to sustain life because of the existence of water in liquid form on its surface. More precisely, the lifeforms on Earth have flourished because of the simultaneous availability of air, water and soil over large parts of the surface of this planet, which made the-production of biomass possible. Among these three planetary resources, the availability of water, in particular freshwater, is susceptible to extreme variations over both space and time. To a large extent, the history of human civilization can be interpreted as a history of struggle to even out this variation. There can hardly be a comparable need that has led to such heroic expression of human innovative capacity over millenia. Yet, as the present century draws to a close, adequate supply of freshwater has emerged as a major problem over large parts of the world. This, in turn, has prompted the need for a more informed and wise approach to the conservation and use of this resource.