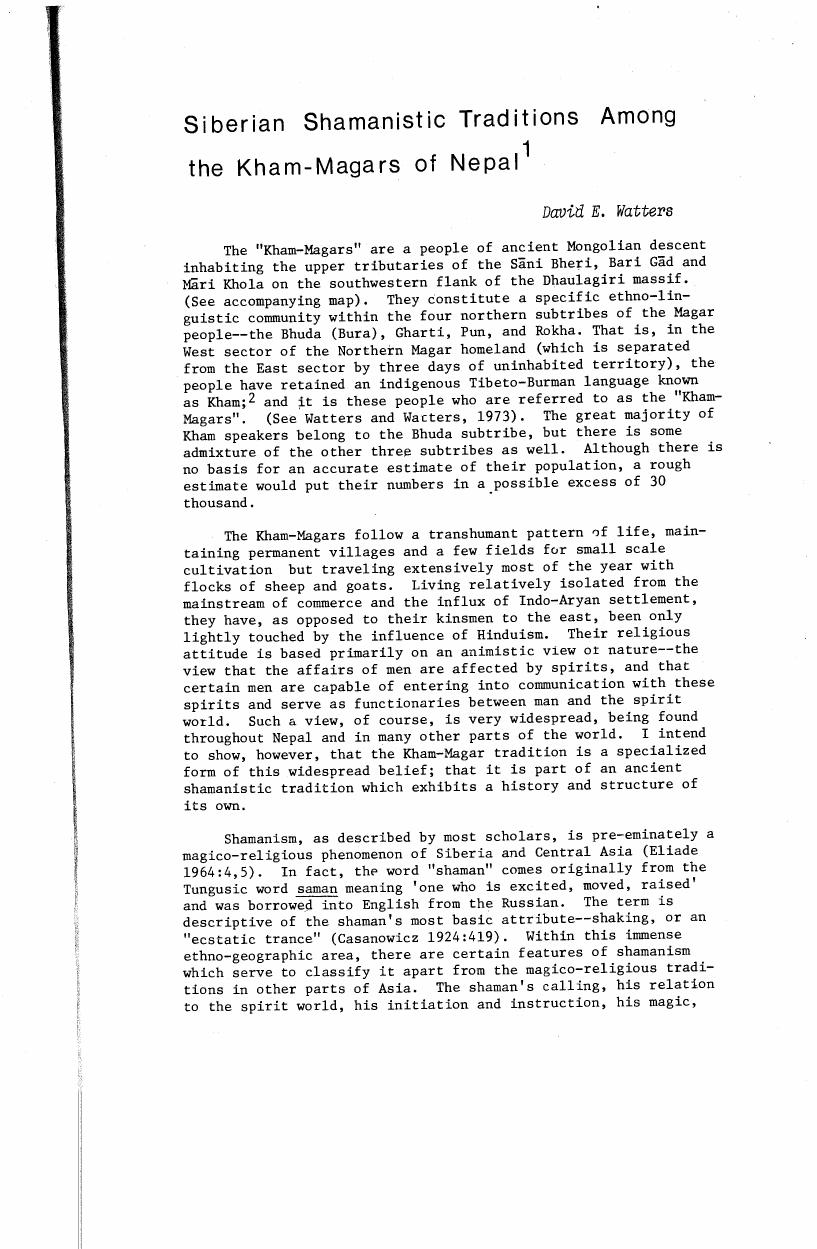 Siberian shamanistic traditions among the Kham Magar of Nepal

The Kham Magars are a people of ancient Mongolian descent inhabiting the upper tributaries of the Sani Bheri, Bari Gad and Mari Khola on the south western flank of the Dhaulagiri massif. They constitute a specific ethno-linguistic community within the four northern sub-tribes of the Magar people - the Bhuda (Bura), Gharti, Pun and Rokha. That is, in the west sector of the northern Magar homeland (separated from the eastern sector by three days of uninhabited territory), the people have retained an indigenous Tibeto-Burman language known as Kham, and it is these people who are referred to as the Kham-Magars. The great majority of Kham speakers belong to the Bhuda sub-tribe, but there is some admixture of the other three sub-tribes as well. Although there is no basis for an accurate estimate of their population, a rough estimate would put their numbers in a possible excess of 30,000. The Kham-Magars follow a transhumant pattern of life, maintaining permanent villages and a few fields for small scale cultivation, but travelling extensively most of the year with flocks of sheep and goats. Living relatively isolated from the mainstream of commerce and the influx of Indo-Aryan settlement, they have, as opposed to their kinsmen in the east, been only lightly touched by the influence of Hinduism. Their religious attitude is based primarily on an animistic view of nature - the view that the affairs of men are affected by spirits, and that certain men are capable of entering into communication with these spirits and serve as functionaries between man and the spirit world. Such a view is very widespread, being found throughout Nepal and in many other parts of the world. The author however, shows that the Kham-Magar tradition is a specialised form of this widespread belief; that it is part of an ancient shamanistic tradition which exhibits a history and structure of its own.