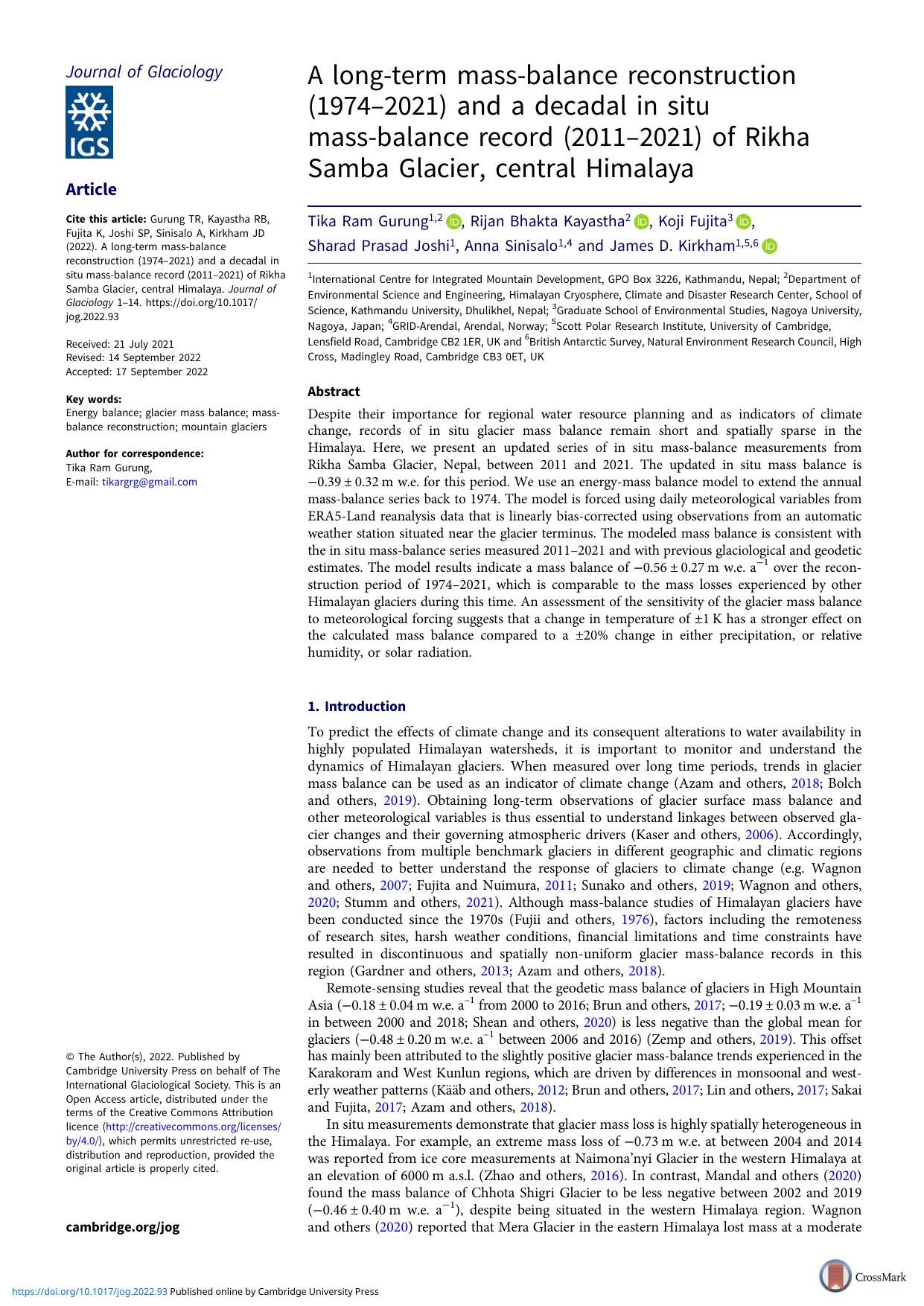 Despite their importance for regional water resource planning and as indicators of climate change, records of in situ glacier mass balance remain short and spatially sparse in the Himalaya. Here, we present an updated series of in situ mass-balance measurements from Rikha Samba Glacier, Nepal, between 2011 and 2021. The updated in situ mass balance is −0.39 ± 0.32 m w.e. for this period. We use an energy-mass balance model to extend the annual mass-balance series back to 1974. The model is forced using daily meteorological variables from ERA5-Land reanalysis data that is linearly bias-corrected using observations from an automatic weather station situated near the glacier terminus. The modeled mass balance is consistent with the in situ mass-balance series measured 2011–2021 and with previous glaciological and geodetic estimates. The model results indicate a mass balance of −0.56 ± 0.27 m w.e. a−1 over the reconstruction period of 1974–2021, which is comparable to the mass losses experienced by other Himalayan glaciers during this time. An assessment of the sensitivity of the glacier mass balance to meteorological forcing suggests that a change in temperature of ±1 K has a stronger effect on the calculated mass balance compared to a ±20% change in either precipitation, or relative humidity, or solar radiation.