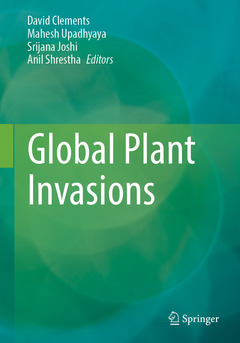 Global plant invasions on the rise

The data available on the extent of global plant invasion shows a sharp increase in cases and associated costs over the last several decades. Indeed, most of the mixing of the planet’s flora due to human agency has occurred in the last 200 years. As in the case of rapidly emerging human pandemics that demand timely action, there have been urgent calls to stem the tide of plant invasions and prevent further spread and associated environmental and socioeconomic impacts. However, the response to most actual and potential plant invasions is far from simple. Naturalized plants have a broad range of impacts, such that a response specific to the particular plant species and habitat is often advisable, along with a meaningful dialog among stakeholders. Given the massive scale in changes of the flora in various regions, many naturalized species with minimal impacts are best left alone, whereas other naturalized species that have massive impacts warrant management to prevent further, often irreversible, effects on ecosystems. There exists a considerable array of invasive plants in this category, most of which are truly global, distributed on multiple continents. Of these high-impact invasive plant species, 37 are on the list of the International Union for Conservation of Nature (IUCN) 100 worst invasive alien species. Most of these high-impact species continue to spread in their non-native ranges, including sensitive island and mountain habitats. They also cause a range of socioeconomic impacts on agriculture, forestry, transportation, infrastructure, and cultural values. If current trends in plant invasions continue and are exacerbated by increasing global trade and climate change, many challenges lie ahead. We cannot turn back the clock to recover natural habitats free of invasive plants in most cases, but there are still ways of promoting ecosystem health through reducing populations of high-impact invasive plants and promoting holistic approaches to planet healing.