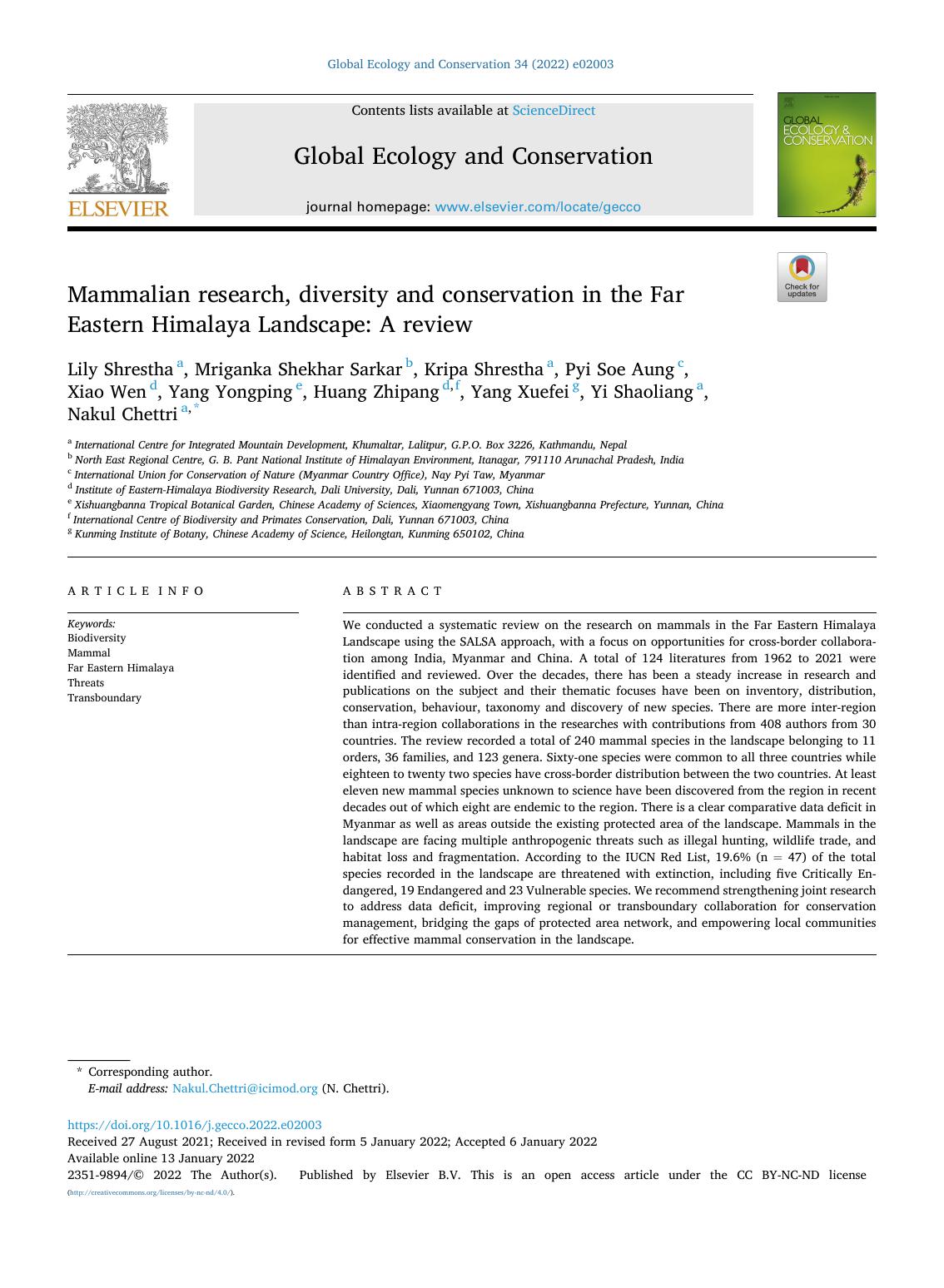 Mammalian research, diversity and conservation in the Far Eastern Himalaya landscape: A review

We conducted a systematic review on the research on mammals in the Far Eastern Himalaya Landscape using the SALSA approach, with a focus on opportunities for cross-border collaboration among India, Myanmar and China. A total of 124 literatures from 1962 to 2021 were identified and reviewed. Over the decades, there has been a steady increase in research and publications on the subject and their thematic focuses have been on inventory, distribution, conservation, behaviour, taxonomy and discovery of new species. There are more inter-region than intra-region collaborations in the researches with contributions from 408 authors from 30 countries. The review recorded a total of 240 mammal species in the landscape belonging to 11 orders, 36 families, and 123 genera. Sixty-one species were common to all three countries while eighteen to twenty two species have cross-border distribution between the two countries. At least eleven new mammal species unknown to science have been discovered from the region in recent decades out of which eight are endemic to the region. There is a clear comparative data deficit in Myanmar as well as areas outside the existing protected area of the landscape. Mammals in the landscape are facing multiple anthropogenic threats such as illegal hunting, wildlife trade, and habitat loss and fragmentation. According to the IUCN Red List, 19.6% (n = 47) of the total species recorded in the landscape are threatened with extinction, including five Critically Endangered, 19 Endangered and 23 Vulnerable species. We recommend strengthening joint research to address data deficit, improving regional or transboundary collaboration for conservation management, bridging the gaps of protected area network, and empowering local communities for effective mammal conservation in the landscape.