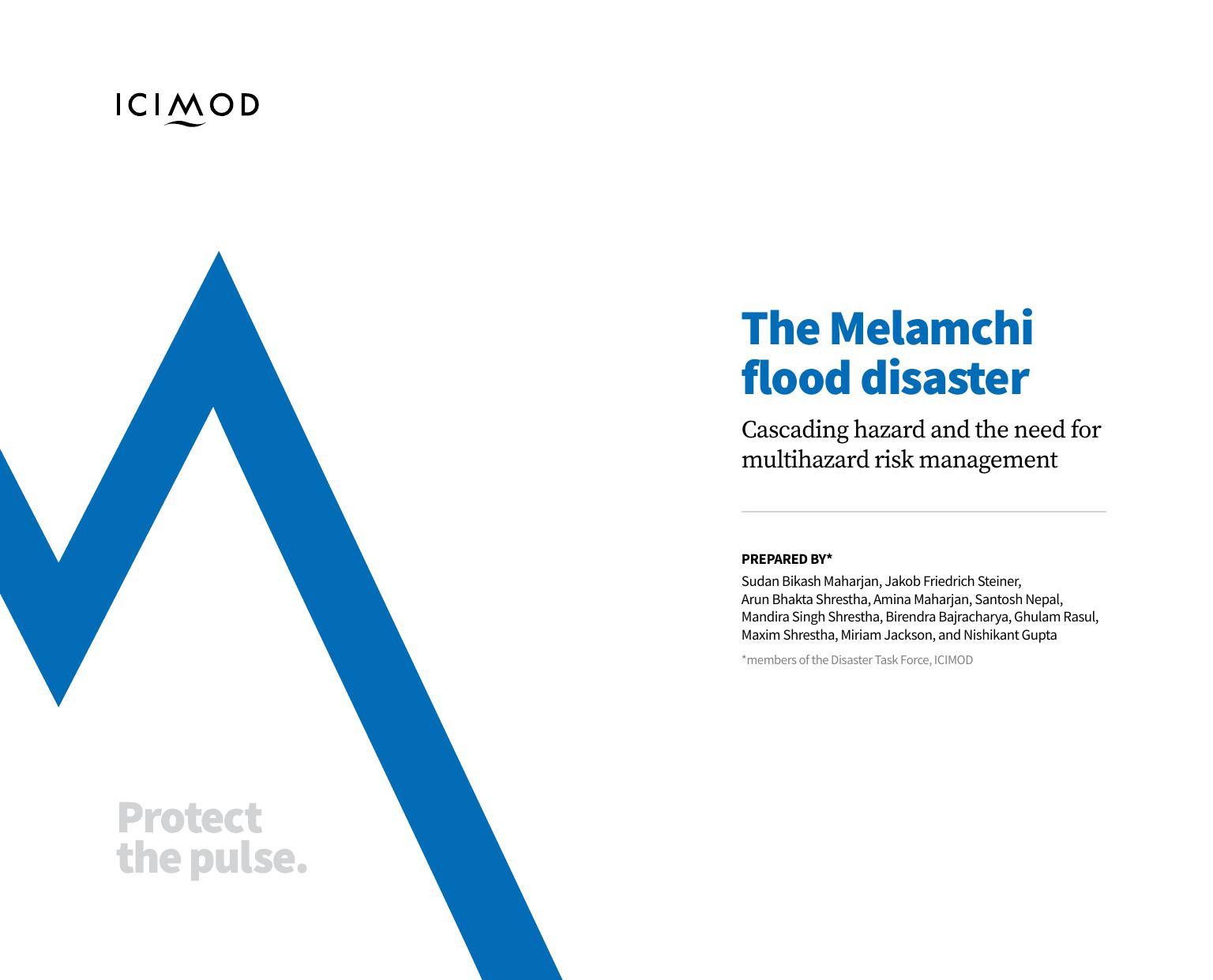 The Melamchi flood disaster: Cascading hazard and the need for multihazard risk management

The Melamchi disaster of 15 June and the following days cannot be attributed to a single factor. It was the result of multiple anthropogenic and climatic factors and processes that occurred at various locations along the Melamchi River.

The Melamchi-Indrawati watershed receives high precipitation, which increases, along with altitude, towards the north. This disaster was initiated by intense precipitation in the upstream areas, which triggered cascading hazards along the river corridors, causing loss of life and extreme devastation to settlements, markets, roads and bridges, and local livelihoods.

Cascading hazards are becoming more common in Nepal and in the Hindu Kush Himalaya, demanding a more holistic approach in hazard assessment and risk management.

The flood damage impacted different population groups differently, with many families displaced from their homes. Subsistence farming-based families have incurred a permanent loss of highly valuable agriculture and farm land, which has impacted their livelihoods and subsequent well-being. Many such vulnerable families might be pushed to seek alternative livelihoods away from home, and potential outmigration for labour or permanent settlement elsewhere cannot be ruled out in the future.

This study was based mainly on remote sensing information, and a rapid field assessment in the downstream part of the watershed should be augmented by aerial observation and detailed field investigation, particularly in the upstream high-altitude area of the watershed. This will provide deeper understanding in building the resilience of the region in the future.