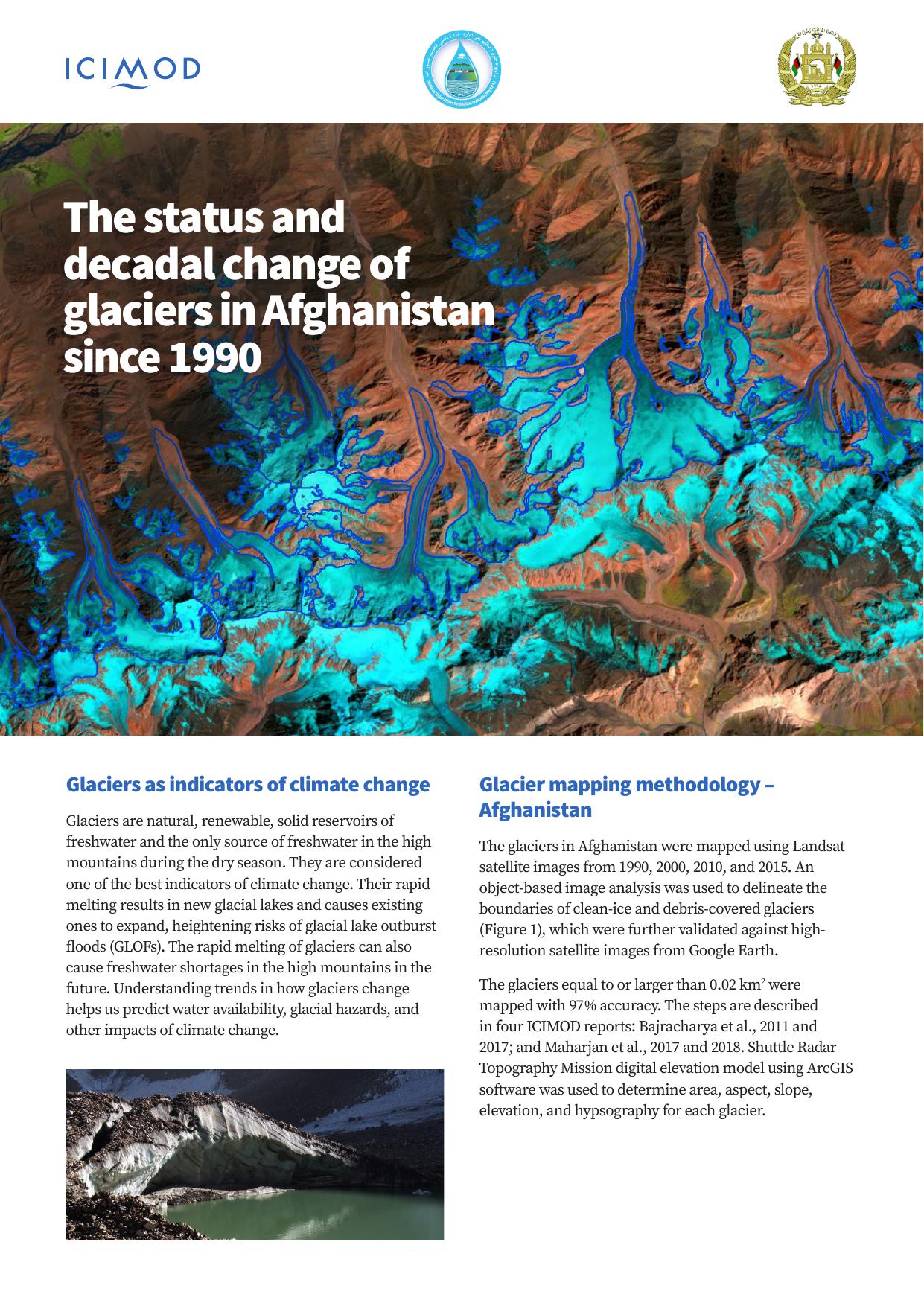 The status and decadal change of glaciers in Afghanistan since 1990

The glaciers in Afghanistan were mapped using Landsat satellite images from 1990, 2000, 2010, and 2015. An object-based image analysis was used to delineate the boundaries of clean-ice and debris-covered glaciers, which were further validated against high-resolution satellite images from Google Earth. The glaciers equal to or larger than 0.02 sq. km were mapped with 97% accuracy. Shuttle Radar Topography Mission digital elevation model using ArcGIS software was used to determine area, aspect, slope, elevation, and hypsography for each glacier. The number of glaciers and the total area they occupy decreased between 1990 and 2010, as well as in 2015. The number of glaciers of the smallest class increased in some decades in some sub-basins because bigger glaciers shrank and fragmented. But for the most part, small glaciers, including thin perennial ice sheets, have disappeared in Afghanistan.