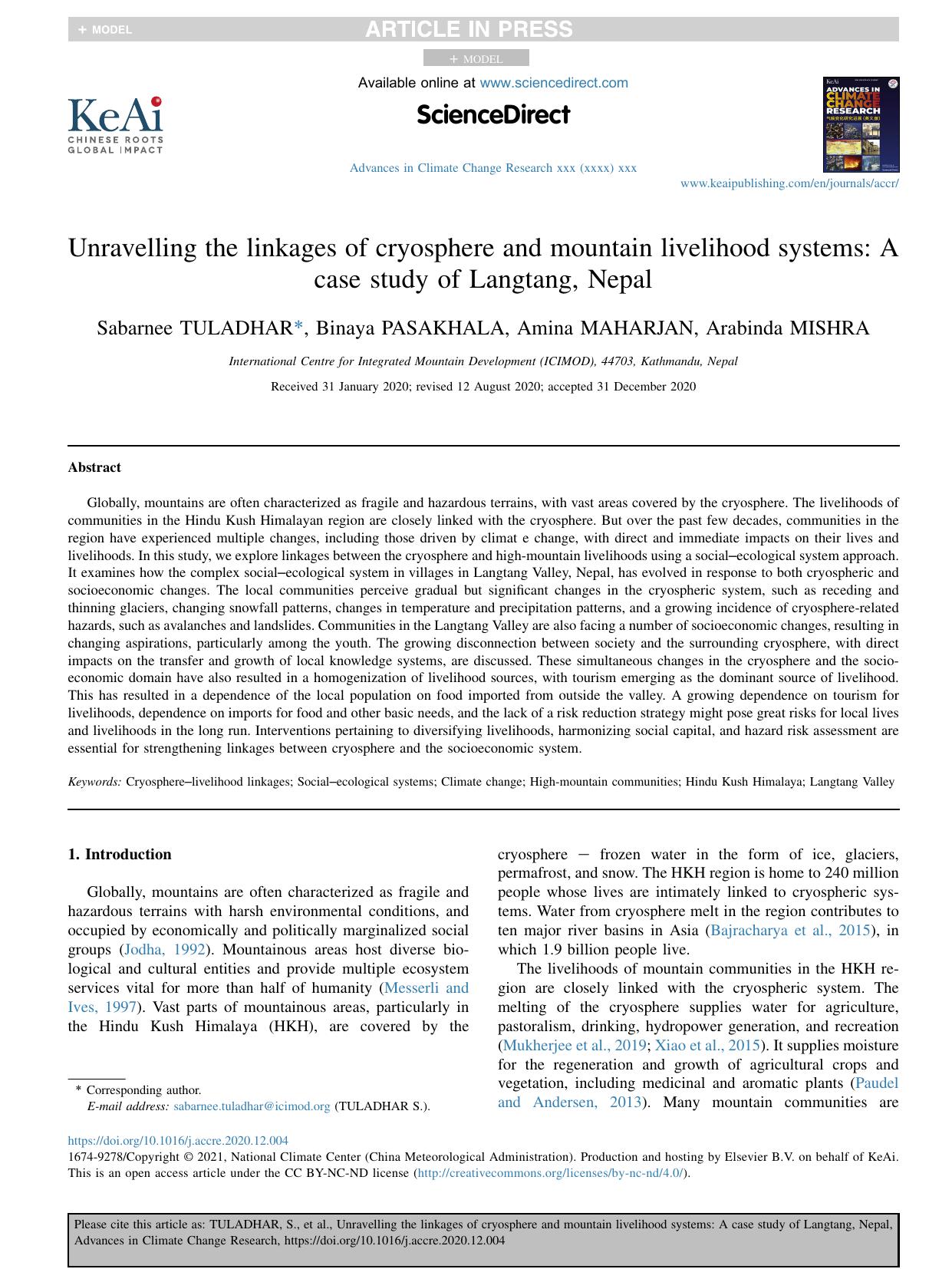 Unravelling the linkages of cryosphere and mountain livelihood systems: A case study of Langtang, Nepal

Globally, mountains are often characterized as fragile and hazardous terrains, with vast areas covered by the cryosphere. The livelihoods of communities in the Hindu Kush Himalayan region are closely linked with the cryosphere. But over the past few decades, communities in the region have experienced multiple changes, including those driven by climate change, with direct and immediate impacts on their lives and livelihoods. In this study, we explore linkages between the cryosphere and high-mountain livelihoods using a social‒ecological system approach. It examines how the complex social‒ecological system in villages in Langtang Valley, Nepal, has evolved in response to both cryospheric and socioeconomic changes. The local communities perceive gradual but significant changes in the cryospheric system, such as receding and thinning glaciers, changing snowfall patterns, changes in temperature and precipitation patterns, and a growing incidence of cryosphere-related hazards, such as avalanches and landslides. Communities in the Langtang Valley are also facing a number of socioeconomic changes, resulting in changing aspirations, particularly among the youth. The growing disconnection between society and the surrounding cryosphere, with direct impacts on the transfer and growth of local knowledge systems, are discussed. These simultaneous changes in the cryosphere and the socioeconomic domain have also resulted in a homogenization of livelihood sources, with tourism emerging as the dominant source of livelihood. This has resulted in a dependence of the local population on food imported from outside the valley. A growing dependence on tourism for livelihoods, dependence on imports for food and other basic needs, and the lack of a risk reduction strategy might pose great risks for local lives and livelihoods in the long run. Interventions pertaining to diversifying livelihoods, harmonizing social capital, and hazard risk assessment are essential for strengthening linkages between cryosphere and the socioeconomic system.