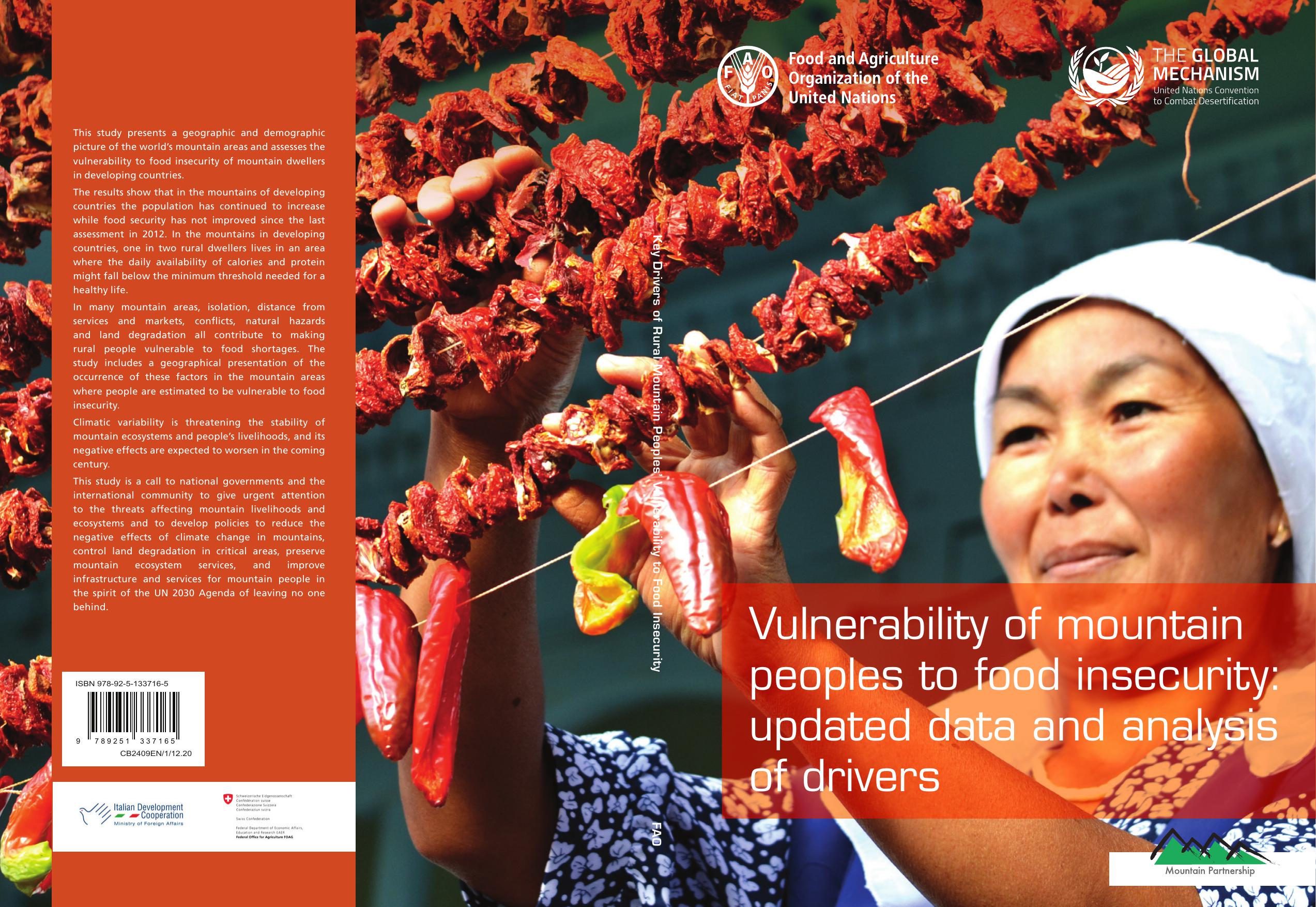 Vulnerability of mountain peoples to food insecurity: updated data and analysis of drivers

This study, the third of its type published by the Food and Agriculture Organization of the United Nations (FAO), adds further evidence that in mountain regions of developing countries, food insecurity, social isolation, environmental degradation, exposure to the risk of disasters and to the impacts of climate change, and limited access to basic services, especially in rural areas, are still prevalent and, under some circumstances, increasing. It also shows the technical challenges for producing more comprehensive and representative assessments based on scientific data, and providing a deeper understanding of the underlying factors of vulnerability of mountain people. Mountains cover 39 million km2, or 27 percent, of the world’s land surface. In 2017, the global mountain population reached nearly 1.1 billion, which is 15 percent of the world’s population, with an increase of 89 million people since 2012. The increase added almost entirely (86 million people) to the mountain population in developing countries, which reached one billion people in 2017. The population has increased in all the regions of the developing world. Only the areas at the highest mountain altitudes (above 3 500 m) continued to experience a depopulation trend in the last 17 years, while at all other elevations population increased. In all African subregions, in South America and in Central and Western Asia, the population density is higher in the mountains than in the lowlands. In developing countries, 648 million people (65 percent of the total mountain population) live in rural areas. Half of them – 346 million – were estimated to be vulnerable to food insecurity in 2017. In other words, one in two rural mountain dwellers in developing countries live in areas where the daily availability of calories and protein was estimated to be below the minimum threshold needed for a healthy life. In the five years from 2012 to 2017, the number of vulnerable people increased in the mountains of developing countries, approximately at the same pace as the total mountain population. Although the proportion of vulnerable people to the total mountain population did not change, the absolute number of vulnerable people increased globally by 40 million, representing an increment of 12.5 percent from 2012 to 2017.