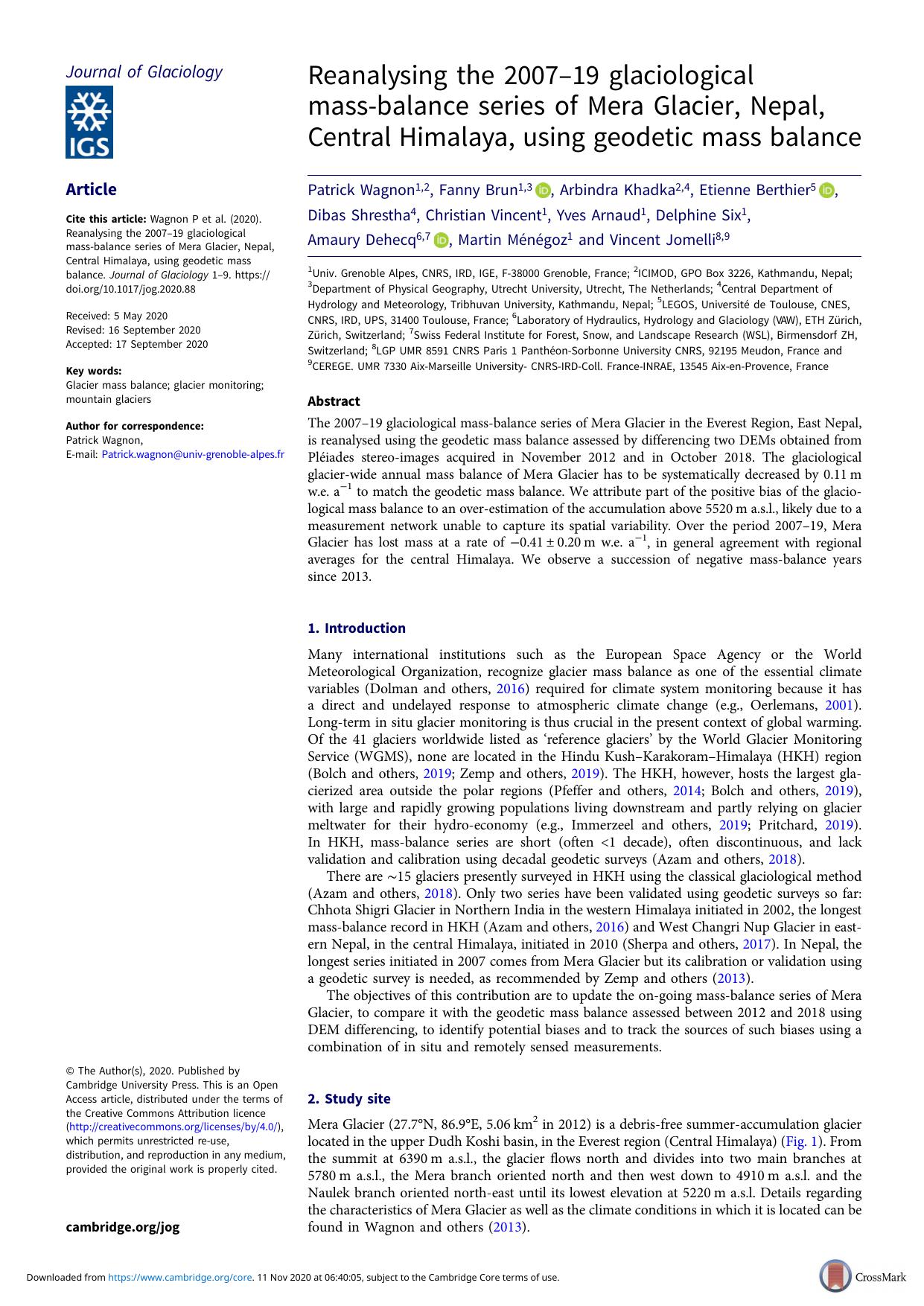 The 2007–19 glaciological mass-balance series of Mera Glacier in the Everest Region, East Nepal, is reanalysed using the geodetic mass balance assessed by differencing two DEMs obtained from Pléiades stereo-images acquired in November 2012 and in October 2018. The glaciological glacier-wide annual mass balance of Mera Glacier has to be systematically decreased by 0.11 m w.e. a−1 to match the geodetic mass balance. We attribute part of the positive bias of the glaciological mass balance to an over-estimation of the accumulation above 5520 m a.s.l., likely due to a measurement network unable to capture its spatial variability. Over the period 2007–19, Mera Glacier has lost mass at a rate of −0.41 ± 0.20 m w.e. a−1, in general agreement with regional averages for the central Himalaya. We observe a succession of negative mass-balance years since 2013.