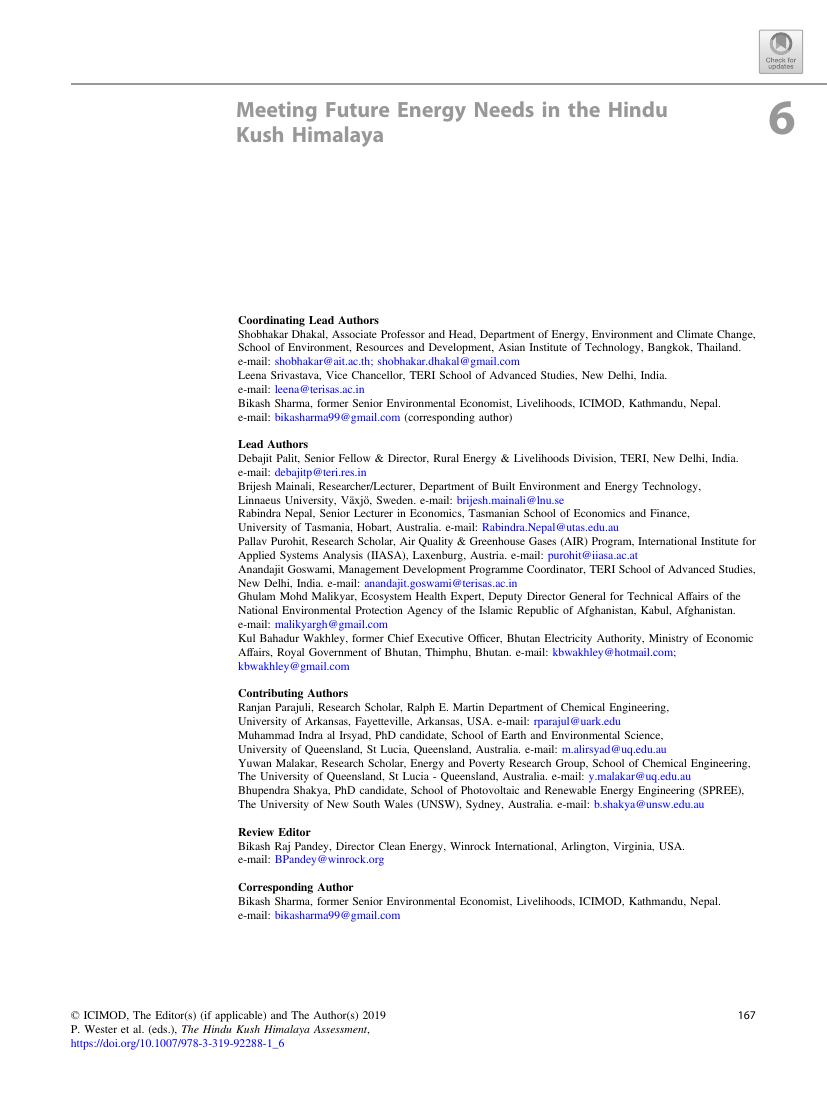 As mentioned in earlier chapters, the HKH regions form the entirety of some countries, a major part of other countries, and a small percentage of yet others. Because of this, when we speak about meeting the energy needs of the HKH region we need to be clear that we are not necessarily talking about the countries that host the HKH, but the clearly delineated mountainous regions that form the HKH within these countries. It then immediately becomes clear that energy provisioning has to be done in a mountain context characterized by low densities of population, low incomes, dispersed populations, grossly underdeveloped markets, low capabilities, and poor economies of scale. In other words, the energy policies and strategies for the HKH region have to be specific to these mountain contexts.