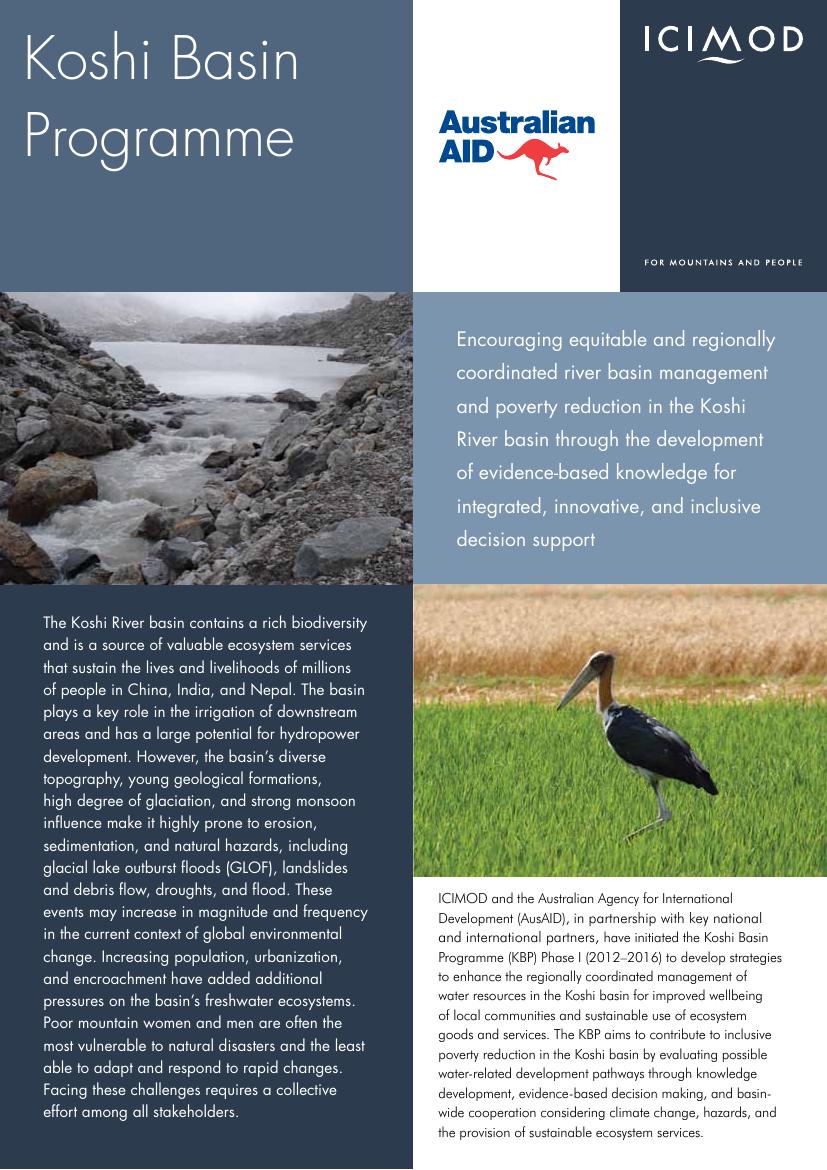 The Koshi river basin is, one of the key transboundary basins of the Hindu-Kush-Himalaya (HKH) region. The Koshi River basin contains a rich biodiversity and is a source of valuable ecosystem services that sustain the lives and livelihoods of millions of people in China, India, and Nepal. The basin plays a key role in the irrigation of downstream areas and has a large potential for hydropower development. However, the basin’s diverse topography, young geological formations, high degree of glaciations, and strong monsoon influence make it highly prone to erosion, sedimentation, and natural hazards, including glacial lake outburst floods (GLOF), landslides and debris flow, droughts, and flood. These events may increase in magnitude and frequency in the current context of global environmental change. Increasing population, urbanization, and encroachment have added additional pressures on the basin’s freshwater ecosystems. Poor mountain women and men are often the most vulnerable to natural disasters and the least able to adapt and respond to rapid changes. Facing these challenges requires a collective effort among all stakeholders.