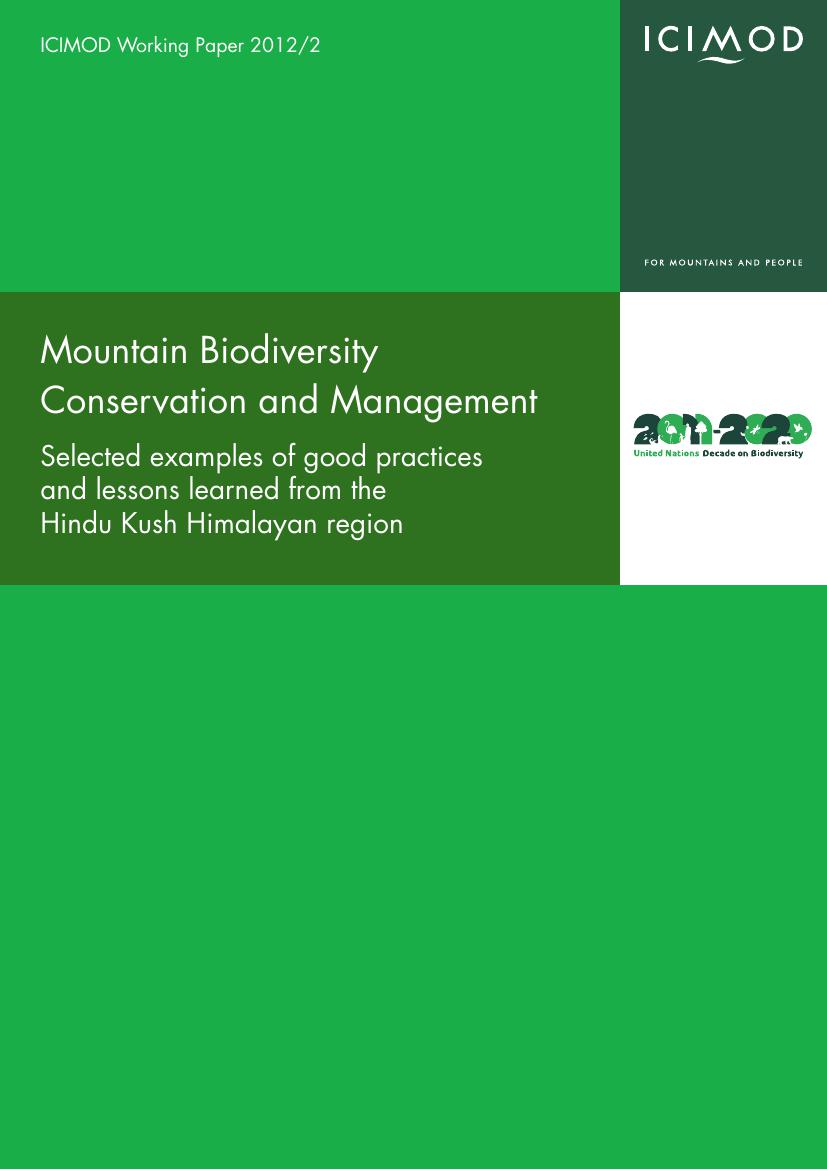 This publication presents 15 case studies solicited by ICIMOD during the International Year of Biodiversity 2010. ICIMOD called for case studies from the Hindu Kush Himalayan (HKH) region on initiatives dealing with mountain biodiversity, with a focus on success stories. Twenty-eight case studies were received from most countries in the region. Based on criteria such as content, relevance, and analysis, a panel of ICIMOD experts selected the 15 studies herein for publication, awarding prizes to four of them as well as one 'special mention'. The case studies provide a glimpse of the kind of mountain biodiversity initiatives implemented in the HKH. While these initiatives may not be representative of the region as a whole, owing to the small sample size, they are broad in scale and scope, ranging from the protection and conservation of endangered species (such as the snow leopard, Acer pentaphyllum, and Himalayan golden mahseer) to integrated approaches to conservation, transboundary and otherwise, that link livelihoods with the sustainable use of biodiversity resources. While virtually all mountain biodiversity initiatives documented in this publication emphasize community involvement, a few have also leveraged local institutions and indigenous knowledge systems, integrating them with scientific knowledge to find a way forward. Most case studies capture good practices that can be replicated and scaled up, as well as lessons learned, thereby contributing to the Programme of Work on Mountain Biodiversity adopted by the Conference of the Parties to the Convention on Biological Diversity. It is hoped that this publication will spark the interest of relevant stakeholders and motivate them to revisit critical and emerging mountain biodiversity issues facing the region.