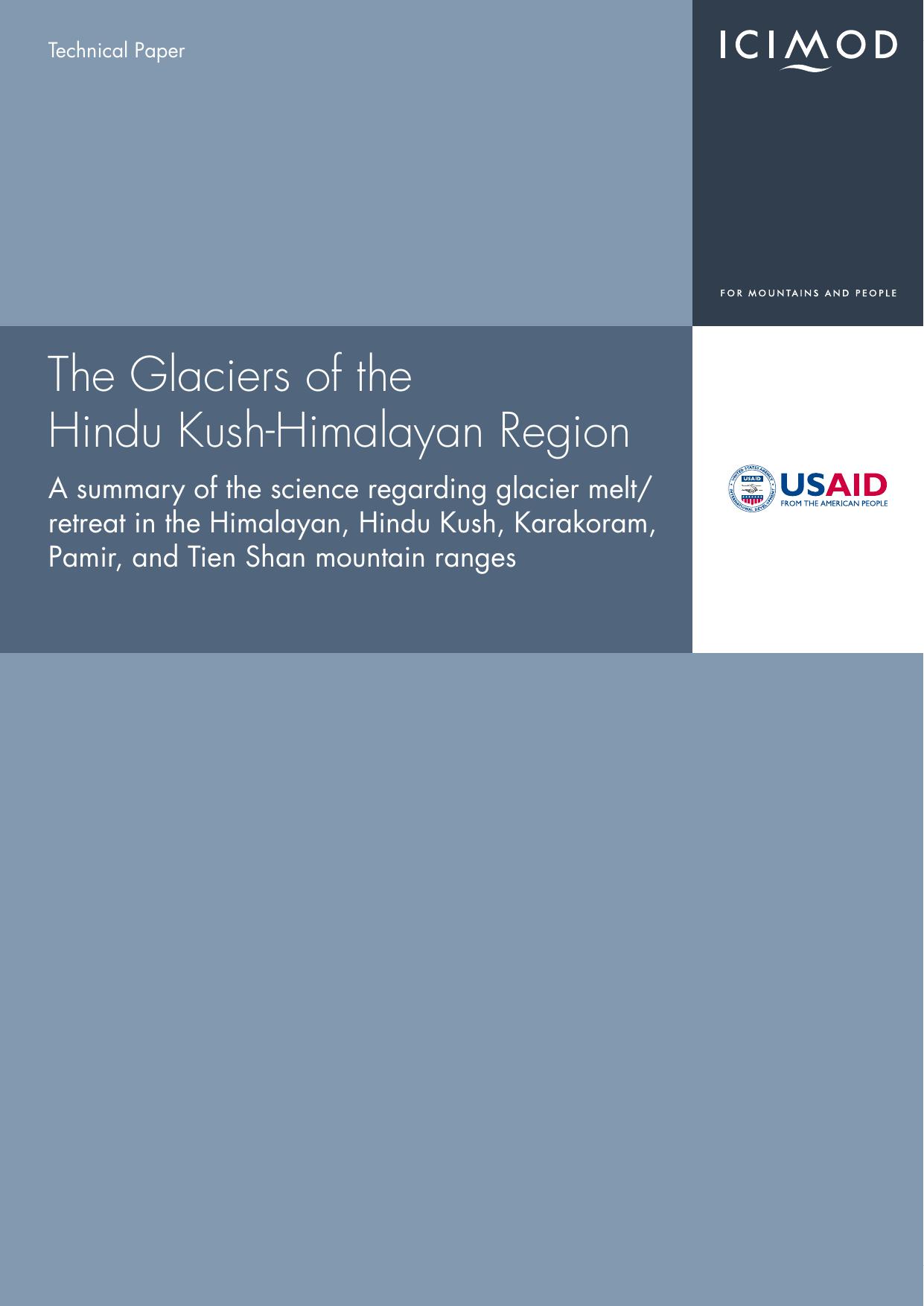 The Glaciers of the Hindu Kush-Himalayan Region: A summary of the science regarding glacier melt/retreat in the Himalayan, Hindu Kush, Karakoram, Pamir, and Tien Shan mountain ranges

Data and information on the glaciers in the Hindu Kush-Himalayan region are sparse and often contradictory. They lack consistency, multi-temporal recording, field-validation, and peer review, and there is a particular lack of data for the higher elevation glaciers. This Technical Paper was originally prepared by Dr Richard L Armstrong as part of a larger USAID report. It is being published by ICIMOD in its full form with some updates as a contribution to the ongoing discussions on this highly popular and important topic. We hope that the extensive literature survey and references, as well as the comparative analysis and analytical discussion, will be a useful resource, particularly for those trying to critically assess and establish the actual status of the cryosphere in the high mountains of the Hindu Kush-Himalayan region.