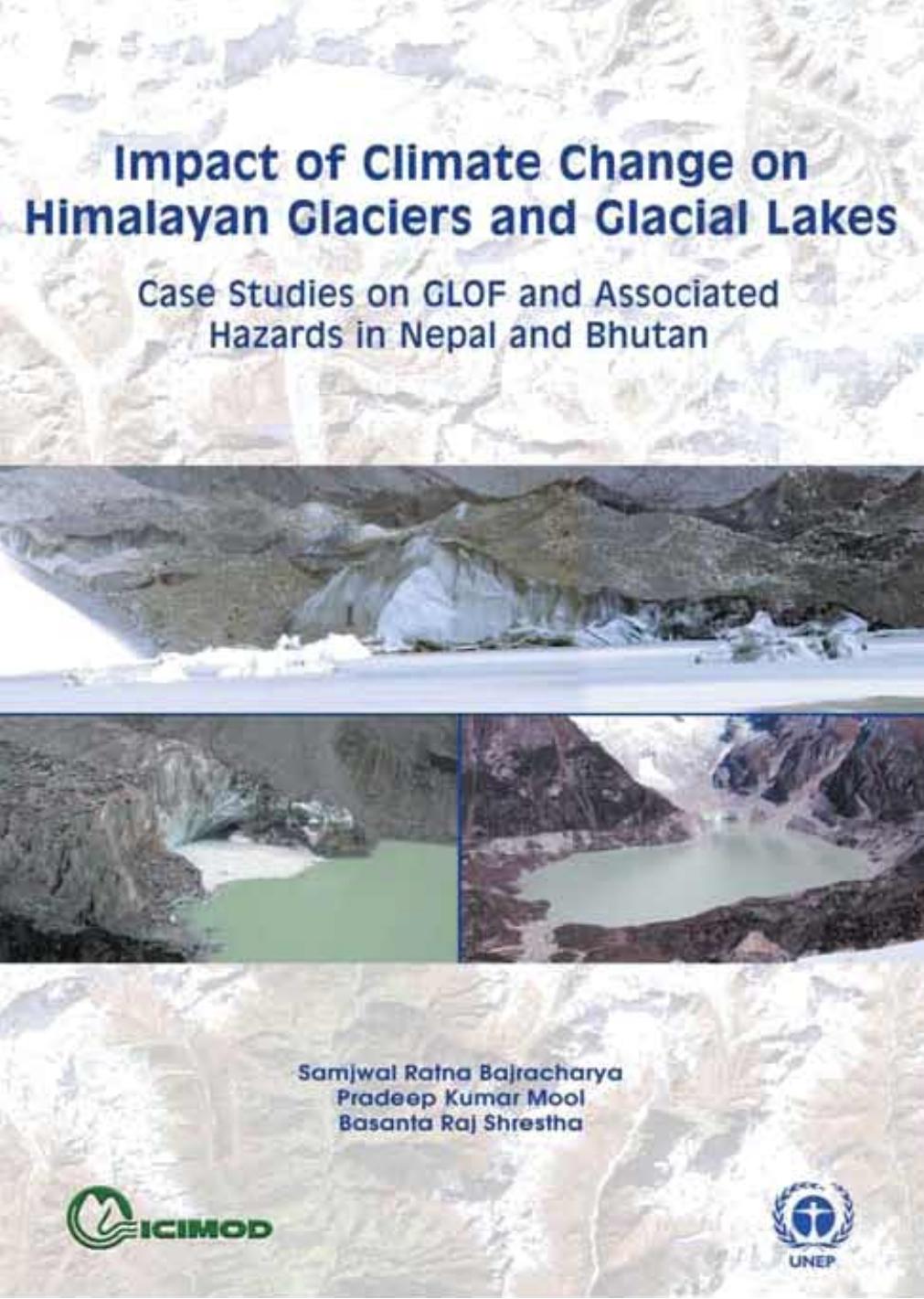 Impact of Climate Change on Himalayan Glaciers and Glacial Lakes: Case Studies on GLOF and Associated Hazards in Nepal and Bhutan

This study, prepared in close cooperation with and supported by the United Nations Environment Programme Regional Office for Asia and the Pacific, investigates the impact of climate change on glaciers and glacial lakes in two major glacial hotspots in the Himalayas: the Dudh Koshi sub-basin in the Khumbu-Everest region in Nepal, and the Pho Chu sub-basin in Bhutan. The focus was on changes in the number and size of glacial lakes forming behind exposed end moraines as glaciers retreat, and the resulting potential threat of glacial lake outburst floods (GLOFs). The report aims to demonstrate methodological aspects of monitoring and potential GLOF hazard assessment using a case study approach. A hydrological model was used to calculate discharge and flood arrival times in downstream areas, and classification into terrain units was used to assess vulnerability in the vicinity of a possible Imja Tsho GLOF. Monitoring of glacial lakes in poorly accessible mountain locations using satellite-based techniques is also explored as a basis for monitoring and prioritisation of disaster mitigation efforts. The study recommends refinements and adaptation to the local situation when replicating in other areas. The report will be useful for scientists, planners, and decision makers, as well as for raising the awareness of the public at large to the potential impacts of climate change in the Himalayas.