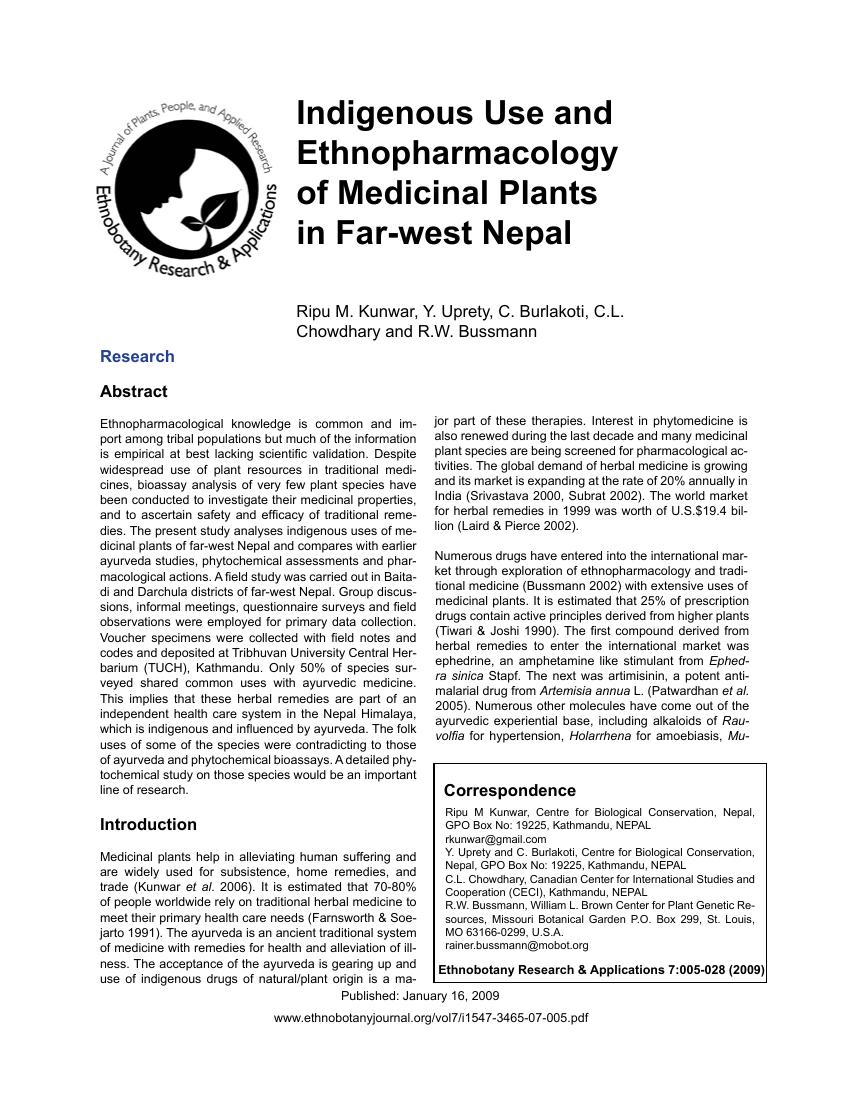 Indigenous use and ethnopharmacology of medicinal plants in far-west Nepal

Ethnopharmacological knowledge is common and import among tribal populations but much of the information is empirical at best lacking scientific validation. Despite widespread use of plant resources in traditional medicines, bioassay analysis of very few plant species have been conducted to investigate their medicinal properties, and to ascertain safety and efficacy of traditional remedies. The present study analyses indigenous uses of medicinal plants of far-west Nepal and compares with earlier ayurveda studies, phytochemical assessments and pharmacological actions. A field study was carried out in Baitadi and Darchula districts of far-west Nepal. Group discussions, informal meetings, questionnaire surveys and field observations were employed for primary data collection. Voucher specimens were collected with field notes and codes and deposited at Tribhuvan University Central Herbarium (TUCH), Kathmandu. Only 50% of species surveyed shared common uses with ayurvedic medicine. This implies that these herbal remedies are part of an independent health care system in the Nepal Himalaya, which is indigenous and influenced by ayurveda. The folk uses of some of the species were contradicting to those of ayurveda and phytochemical bioassays. A detailed phytochemical study on those species would be an important line of research.
1,464 Views
324 Downloads