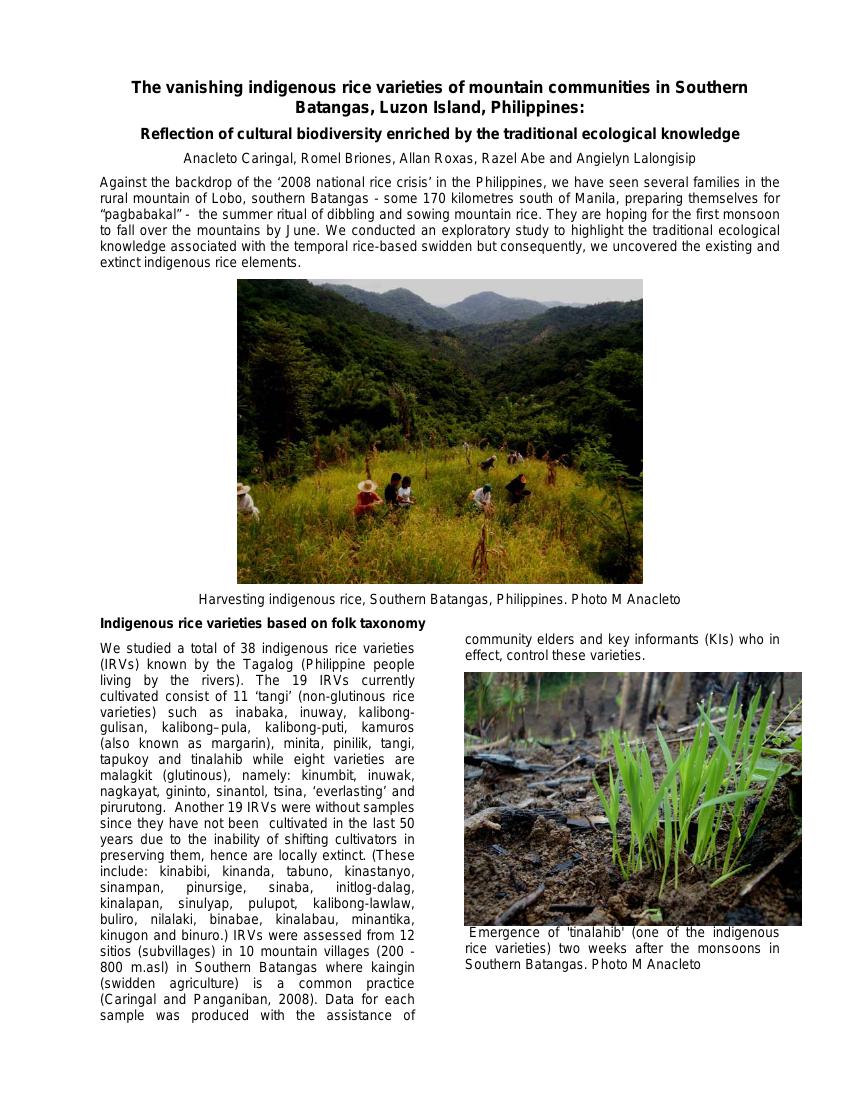 Against the backdrop of the ‘2008 national rice crisis’ in the Philippines, several families in the rural mountain of Lobo, southern Batangas, south of Manila, were preparing themselves for “pagbabakal” -  the summer ritual of dibbling and sowing mountain rice. They hoped for the first monsoon to fall over the mountains by June.

The authors conducted an exploratory study to highlight the traditional ecological knowledge associated with the temporal rice-based swidden but in doing this, they uncovered existing and extinct indigenous rice varieties.