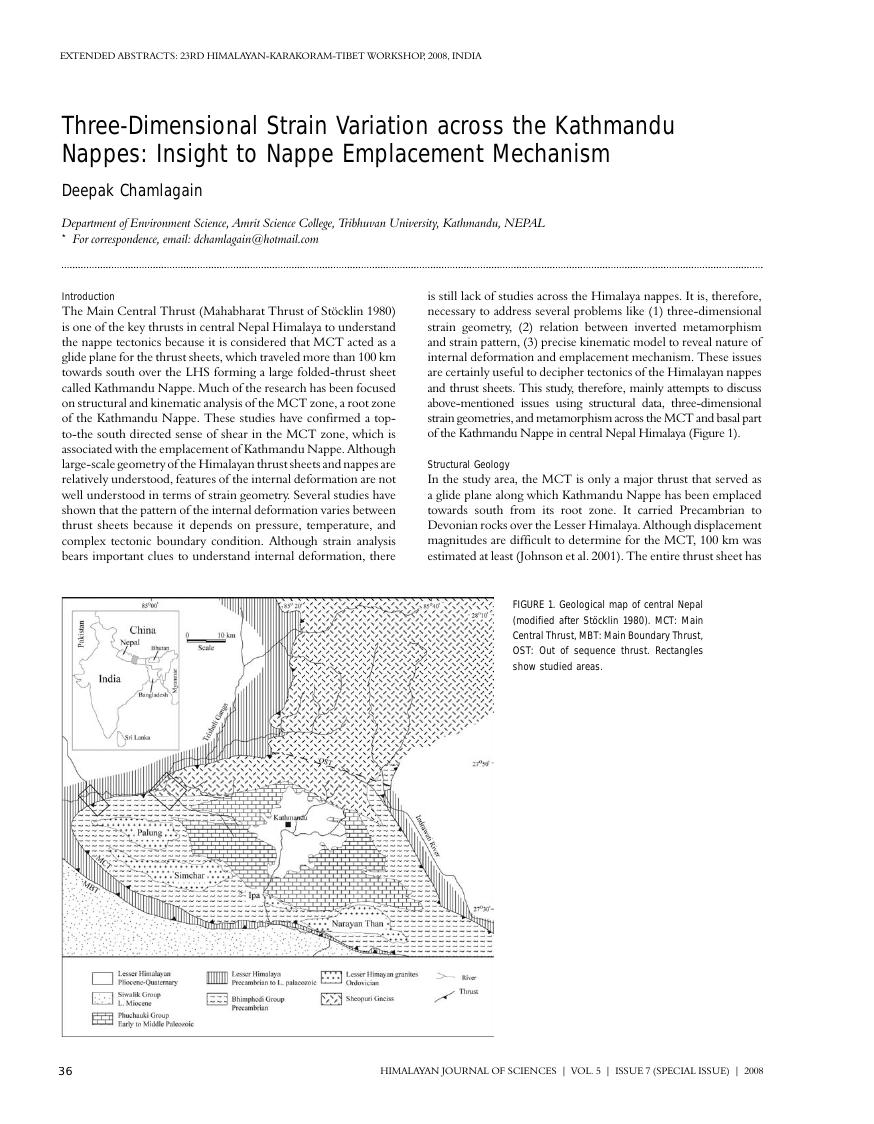 The Main Central Thrust (Mahabharat Thrust of Stöcklin 1980) is one of the key thrusts in central Nepal Himalaya to understand the nappe tectonics because it is considered that MCT acted as a glide plane for the thrust sheets, which traveled more than 100 km towards south over the LHS forming a large folded-thrust sheet called Kathmandu Nappe. Much of the research has been focused on structural and kinematic analysis of the MCT zone, a root zone of the Kathmandu Nappe. These studies have confirmed a top-to-the south directed sense of shear in the MCT zone, which is associated with the emplacement of Kathmandu Nappe. Although large-scale geometry of the Himalayan thrust sheets and nappes are relatively understood, features of the internal deformation are not well understood in terms of strain geometry. Several studies have shown that the pattern of the internal deformation varies between thrust sheets because it depends on pressure, temperature, and complex tectonic boundary condition. Although strain analysis bears important clues to understand internal deformation, there is still lack of studies across the Himalaya nappes. It is, therefore, necessary to address several problems like (1) three-dimensional strain geometry, (2) relation between inverted metamorphism and strain pattern, (3) precise kinematic model to reveal nature of internal deformation and emplacement mechanism. These issues are certainly useful to decipher tectonics of the Himalayan nappes and thrust sheets. This study, therefore, mainly attempts to discuss above-mentioned issues using structural data, three-dimensional strain geometries, and metamorphism across the MCT and basal part of the Kathmandu Nappe in central Nepal Himalaya.