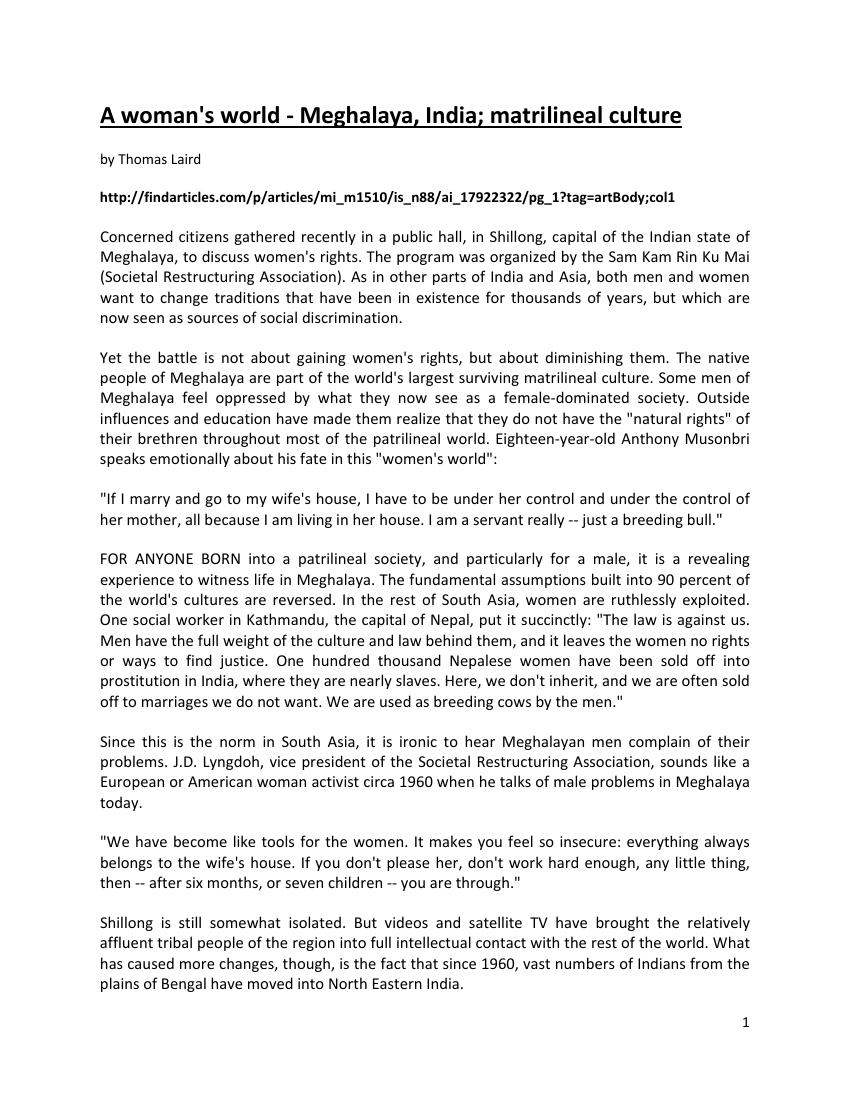 Concerned citizens gathered recently in a public hall, in Shillong, capital of the Indian state of Meghalaya, to discuss women's rights. The program was organized by the Sam Kam Rin Ku Mai (Societal Restructuring Association). As in other parts of India and Asia, both men and women want to change traditions that have been in existence for thousands of years, but which are now seen as sources of social discrimination. Yet the battle is not about gaining women's rights, but about diminishing them. The native people of Meghalaya are part of the world's largest surviving matrilineal culture. Some men of Meghalaya feel oppressed by what they now see as a female-dominated society. Outside influences and education have made them realize that they do not have the "natural rights" of their brethren throughout most of the patrilineal world.