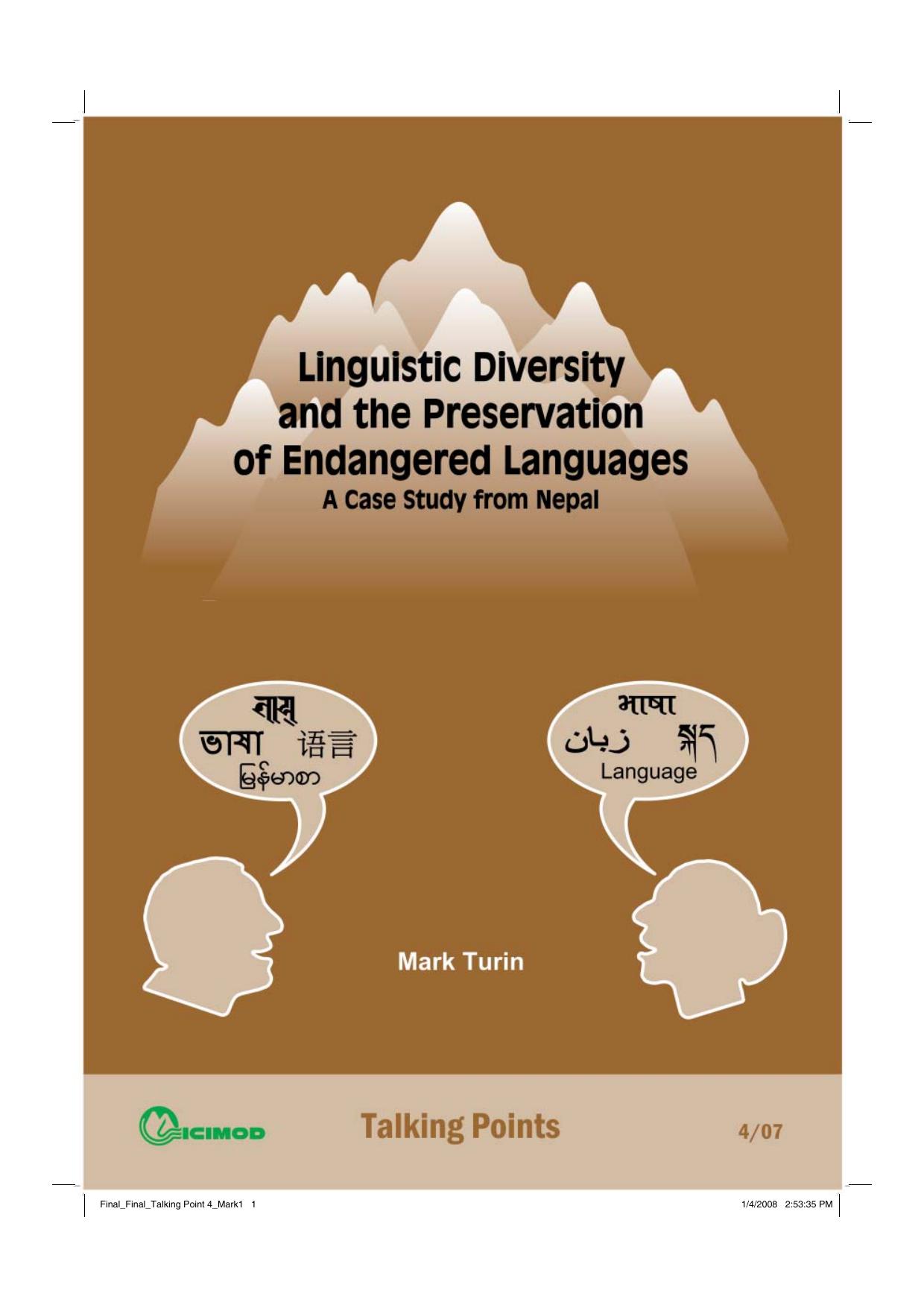 Linguistic diversity and the preservation of endangered languages - Talking points

While many of us worry about the increasing loss of biodiversity from our planet, another kind of diversity loss – less widely publicised but equally disturbing – is affecting the world’s languages and cultures. Over the course of this century, many spoken languages, especially minority languages and the cultures that they encapsulate, may cease to exist. In this issue of Talking Points, social anthropologist and linguist Mark Turin draws our attention to this alarming phenomenon and situates it in the context of contemporary Nepal and the Himalayan region. A large number of Nepal’s over 100 mother tongues are in danger of being wiped out, reduced to mere markers of identity within our lifetime if nothing is done to reverse the trend. Language death is often compared to species extinction and marks the loss of a piece of cultural uniqueness and heritage from this region and our diverse planet – a loss for all of humanity. Results of recent international research points to an intriguing link between biological and linguistic diversity, and preserving minority languages would also help to preserve minority communities, their culture and habitats, as well as bring attention to the need to improve their socioeconomic and political status. The same metaphors of preservation and diversity can thus be invoked to gather support for language preservation programmes as for biodiversity. In this often provocative document, Turin raises awareness about the importance of language protection programmes that support mother tongue literacy and educational reforms to preserve language and culture. ICIMOD supports discussions on preserving linguistic diversity in Nepal and the region in recognition of the fact that they form part of conserving mountain biological and cultural heritage.