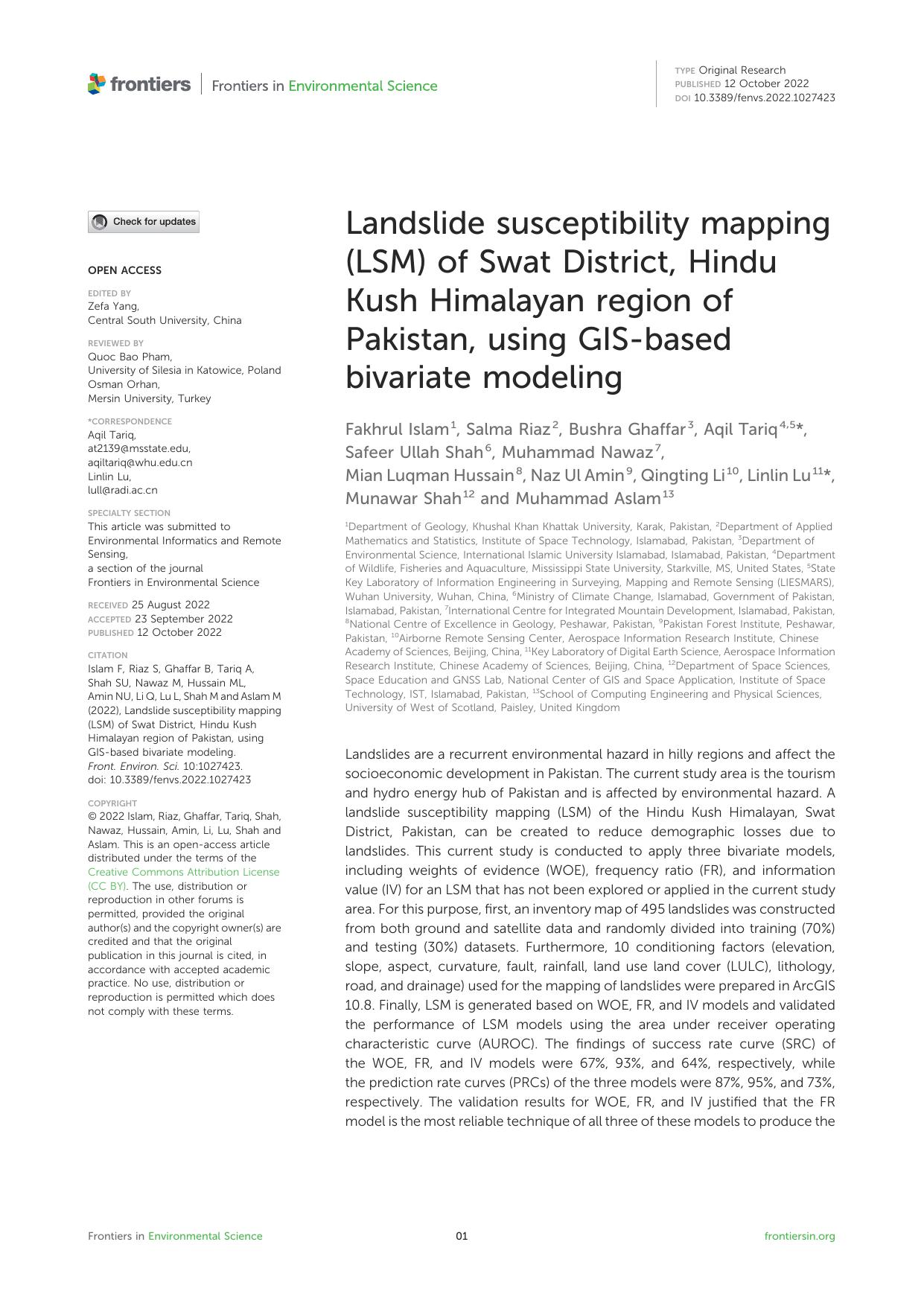 Landslides are a recurrent environmental hazard in hilly regions and affect the socioeconomic development in Pakistan. The current study area is the tourism and hydro energy hub of Pakistan and is affected by environmental hazard. A landslide susceptibility mapping (LSM) of the Hindu Kush Himalayan, Swat District, Pakistan, can be created to reduce demographic losses due to landslides. This current study is conducted to apply three bivariate models, including weights of evidence (WOE), frequency ratio (FR), and information value (IV) for an LSM that has not been explored or applied in the current study area. For this purpose, first, an inventory map of 495 landslides was constructed from both ground and satellite data and randomly divided into training (70%) and testing (30%) datasets. Furthermore, 10 conditioning factors (elevation, slope, aspect, curvature, fault, rainfall, land use land cover (LULC), lithology, road, and drainage) used for the mapping of landslides were prepared in ArcGIS 10.8. Finally, LSM is generated based on WOE, FR, and IV models and validated the performance of LSM models using the area under receiver operating characteristic curve (AUROC). The findings of success rate curve (SRC) of the WOE, FR, and IV models were 67%, 93%, and 64%, respectively, while the prediction rate curves (PRCs) of the three models were 87%, 95%, and 73%, respectively. The validation results for WOE, FR, and IV justified that the FR model is the most reliable technique of all three of these models to produce the highest accuracy LSM for the present study area. Policymakers can use the findings of current research work to mitigate the loss due to landslide hazard. Copyright © 2022 Islam, Riaz, Ghaffar, Tariq, Shah, Nawaz, Hussain, Amin, Li, Lu, Shah and Aslam.