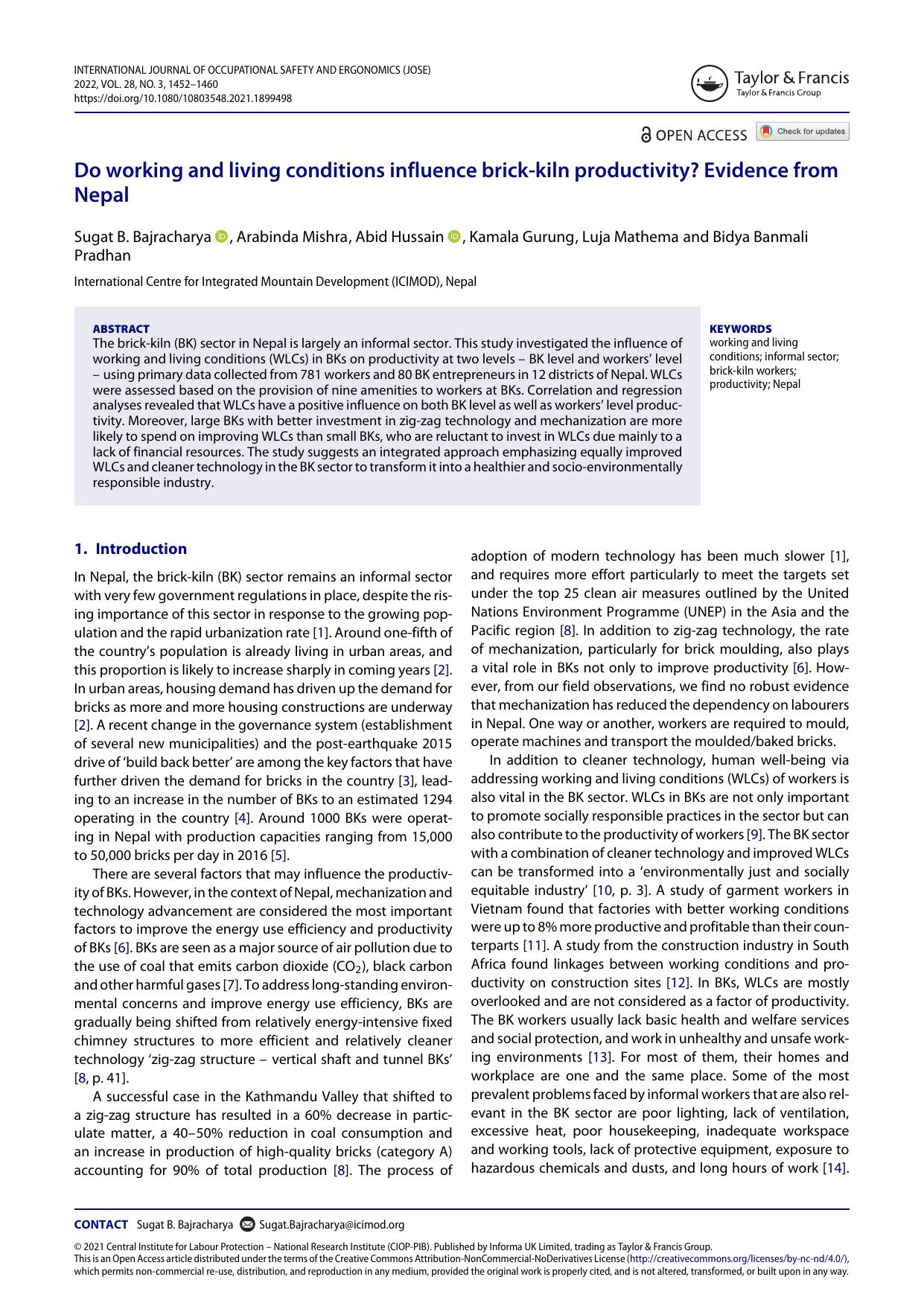 The brick-kiln (BK) sector in Nepal is largely an informal sector. This study investigated the influence of working and living conditions (WLCs) in BKs on productivity at two levels–BK level and workers’ level–using primary data collected from 781 workers and 80 BK entrepreneurs in 12 districts of Nepal. WLCs were assessed based on the provision of nine amenities to workers at BKs. Correlation and regression analyses revealed that WLCs have a positive influence on both BK level as well as workers’ level productivity. Moreover, large BKs with better investment in zig-zag technology and mechanization are more likely to spend on improving WLCs than small BKs, who are reluctant to invest in WLCs due mainly to a lack of financial resources. The study suggests an integrated approach emphasizing equally improved WLCs and cleaner technology in the BK sector to transform it into a healthier and socio-environmentally responsible industry. © 2021 Central Institute for Labour Protection–National Research Institute (CIOP-PIB). Published by Informa UK Limited, trading as Taylor & Francis Group.