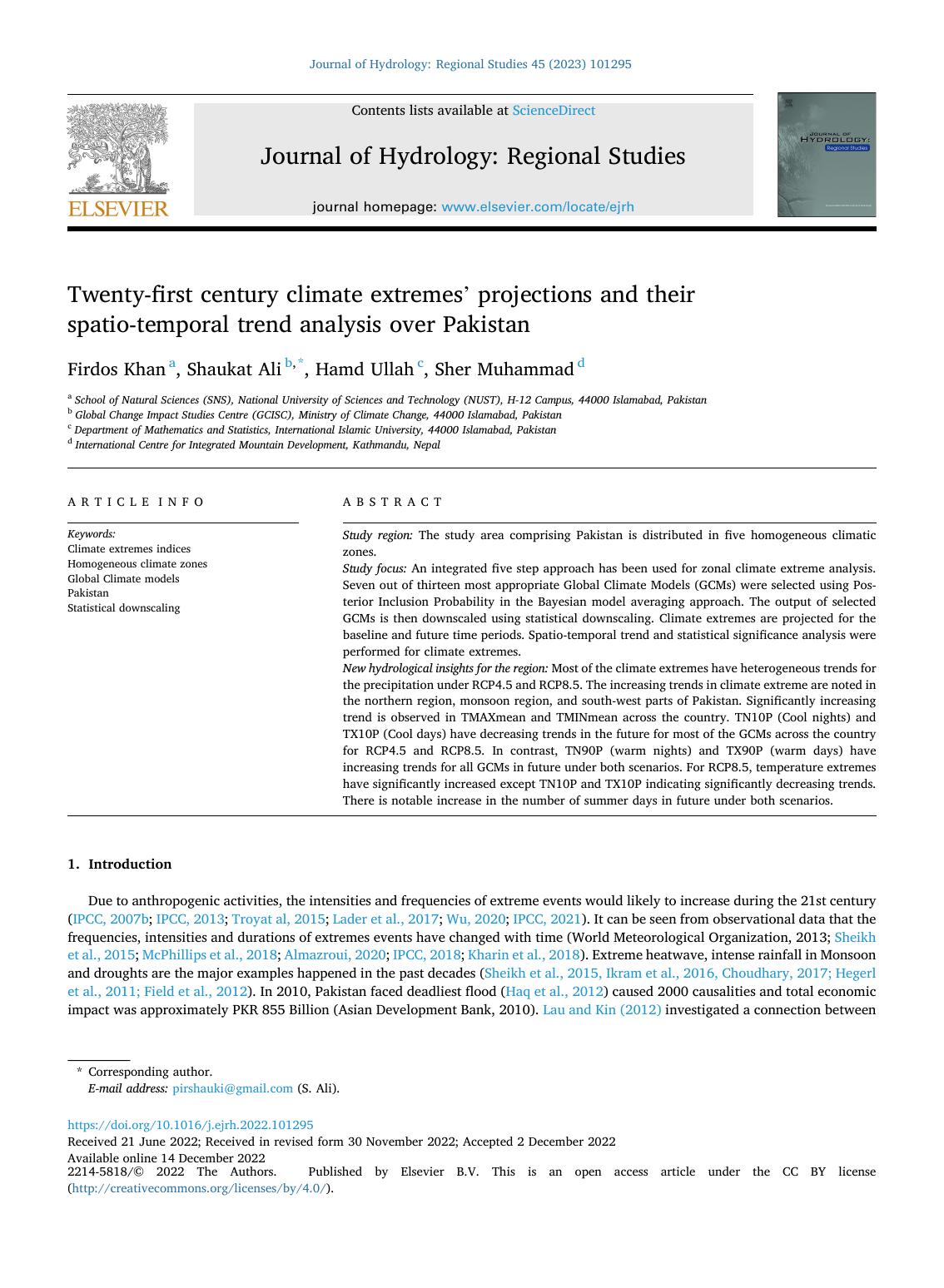 Study region The study area comprising Pakistan is distributed in five homogeneous climatic zones. Study focus An integrated five step approach has been used for zonal climate extreme analysis. Seven out of thirteen most appropriate Global Climate Models (GCMs) were selected using Posterior Inclusion Probability in the Bayesian model averaging approach. The output of selected GCMs is then downscaled using statistical downscaling. Climate extremes are projected for the baseline and future time periods. Spatio-temporal trend and statistical significance analysis were performed for climate extremes. New hydrological insights for the region Most of the climate extremes have heterogeneous trends for the precipitation under RCP4.5 and RCP8.5. The increasing trends in climate extreme are noted in the northern region, monsoon region, and south-west parts of Pakistan. Significantly increasing trend is observed in TMAXmean and TMINmean across the country. TN10P (Cool nights) and TX10P (Cool days) have decreasing trends in the future for most of the GCMs across the country for RCP4.5 and RCP8.5. In contrast, TN90P (warm nights) and TX90P (warm days) have increasing trends for all GCMs in future under both scenarios. For RCP8.5, temperature extremes have significantly increased except TN10P and TX10P indicating significantly decreasing trends. There is notable increase in the number of summer days in future under both scenarios.