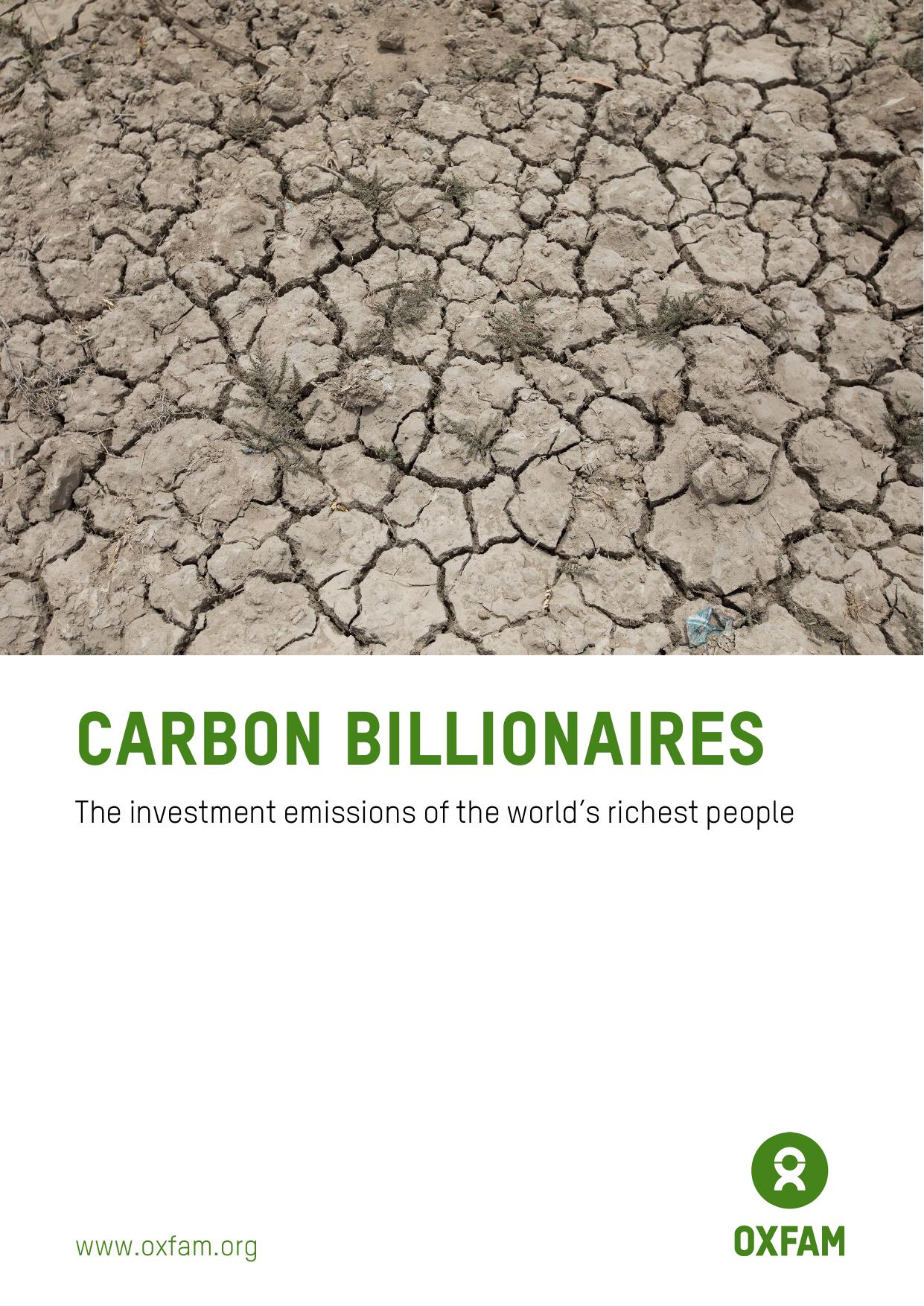 Carbon Billionaires: The investment emissions of the world’s richest people

The world’s richest people emit huge and unsustainable amounts of carbon and, unlike ordinary people, 50% to 70% of their emissions result from their investments. New analysis of the investments of 125 of the world’s richest billionaires shows that on average they are emitting 3 million tonnes a year, more than a million times the average for someone in the bottom 90% of humanity.

The study also finds billionaire investments in polluting industries such as fossil fuels and cement are double the average for the Standard & Poor 500 group of companies. Billionaires hold extensive stakes in many of the world’s largest and most powerful corporations, which gives them the power to influence the way these companies act. Governments must hold them to account, legislating to compel corporates and investors to reduce carbon emissions, enforcing more stringent reporting requirements and imposing new taxation on wealth and investments in polluting industries.