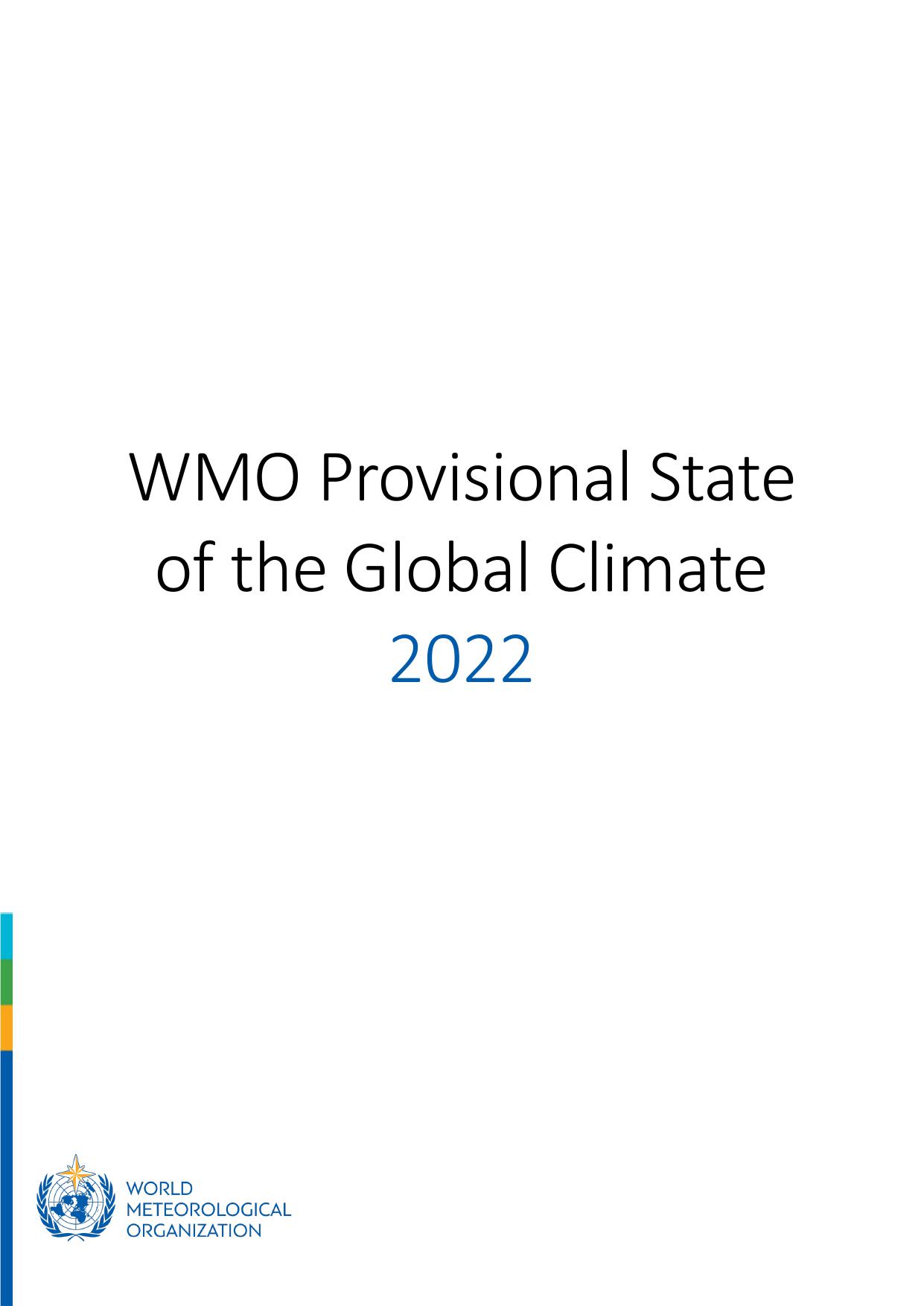 The past eight years are on track to be the eight warmest on record, fuelled by ever-rising greenhouse gas concentrations and accumulated heat. Extreme heatwaves, drought and devastating flooding have affected millions and cost billions this year, according to the WMO Provisional State of the Global Climate in 2022 report.

The tell-tale signs and impacts of climate change are becoming more dramatic. The rate of sea level rise has doubled since 1993. It has risen by nearly 10 mm since January 2020 to a new record high this year. The past two and a half years alone account for 10 percent of the overall rise in sea level since satellite measurements started nearly 30 years ago.

2022 took an exceptionally heavy toll on glaciers in the European Alps, with initial indications of record-shattering melt. The Greenland ice sheet lost mass for the 26th consecutive year and it rained (rather than snowed) there for the first time in September.

The global mean temperature in 2022 is currently estimated to be about 1.15 [1.02 to 1.28] °C above the 1850-1900 pre-industrial average. A rare triple-dip cooling La Niña means that 2022 is likely to “only” be fifth or sixth warmest. However, this does not reverse the long-term trend; it is only a matter of time until there is another warmest year on record.

Ocean heat was at record levels in 2021 (the latest year assessed), with the warming rate particularly high in the past 20 years.

WMO is releasing the Provisional State of the Global Climate in 2022 report and an accompanying interactive storymap today at 14:15 EET (local time), on the eve of the UN climate negotiations in Sharm-El-Sheikh, COP27. The report is produced annually and provides an authoritative voice on the current state of the climate using key climate indicators and reporting on extreme events and their impacts. The temperature figures used in the provisional 2022 report are until the end of September. The final version will be issued next April.