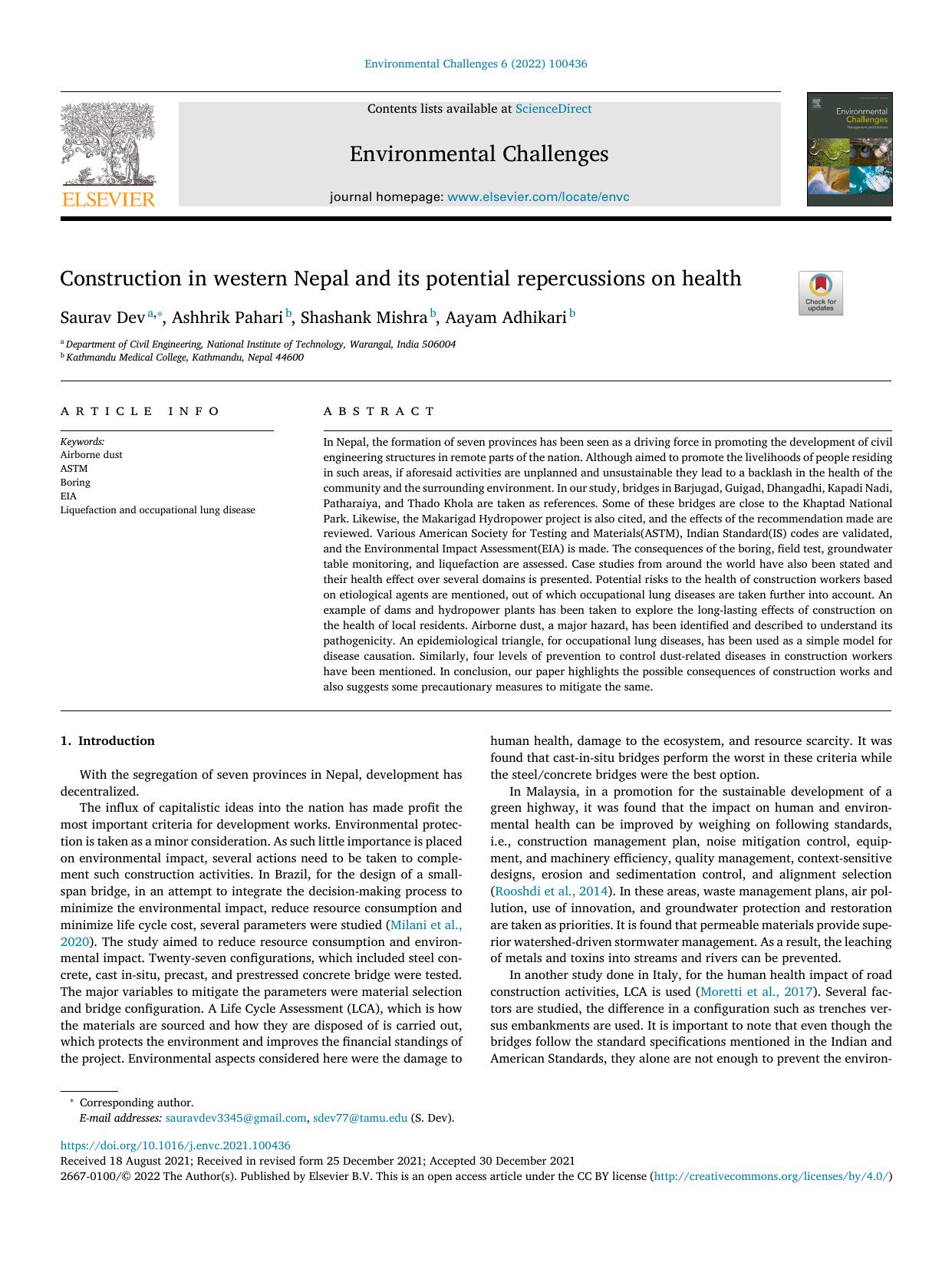 Construction in western Nepal and its potential repercussions on health

In Nepal, the formation of seven provinces has been seen as a driving force in promoting the development of civil engineering structures in remote parts of the nation. Although aimed to promote the livelihoods of people residing in such areas, if aforesaid activities are unplanned and unsustainable they lead to a backlash in the health of the community and the surrounding environment. In our study, bridges in Barjugad, Guigad, Dhangadhi, Kapadi Nadi, Patharaiya, and Thado Khola are taken as references. Some of these bridges are close to the Khaptad National Park. Likewise, the Makarigad Hydropower project is also cited, and the effects of the recommendation made are reviewed. Various American Society for Testing and Materials(ASTM), Indian Standard(IS) codes are validated, and the Environmental Impact Assessment(EIA) is made. The consequences of the boring, field test, groundwater table monitoring, and liquefaction are assessed. Case studies from around the world have also been stated and their health effect over several domains is presented. Potential risks to the health of construction workers based on etiological agents are mentioned, out of which occupational lung diseases are taken further into account. An example of dams and hydropower plants has been taken to explore the long-lasting effects of construction on the health of local residents. Airborne dust, a major hazard, has been identified and described to understand its pathogenicity. An epidemiological triangle, for occupational lung diseases, has been used as a simple model for disease causation. Similarly, four levels of prevention to control dust-related diseases in construction workers have been mentioned. In conclusion, our paper highlights the possible consequences of construction works and also suggests some precautionary measures to mitigate the same.