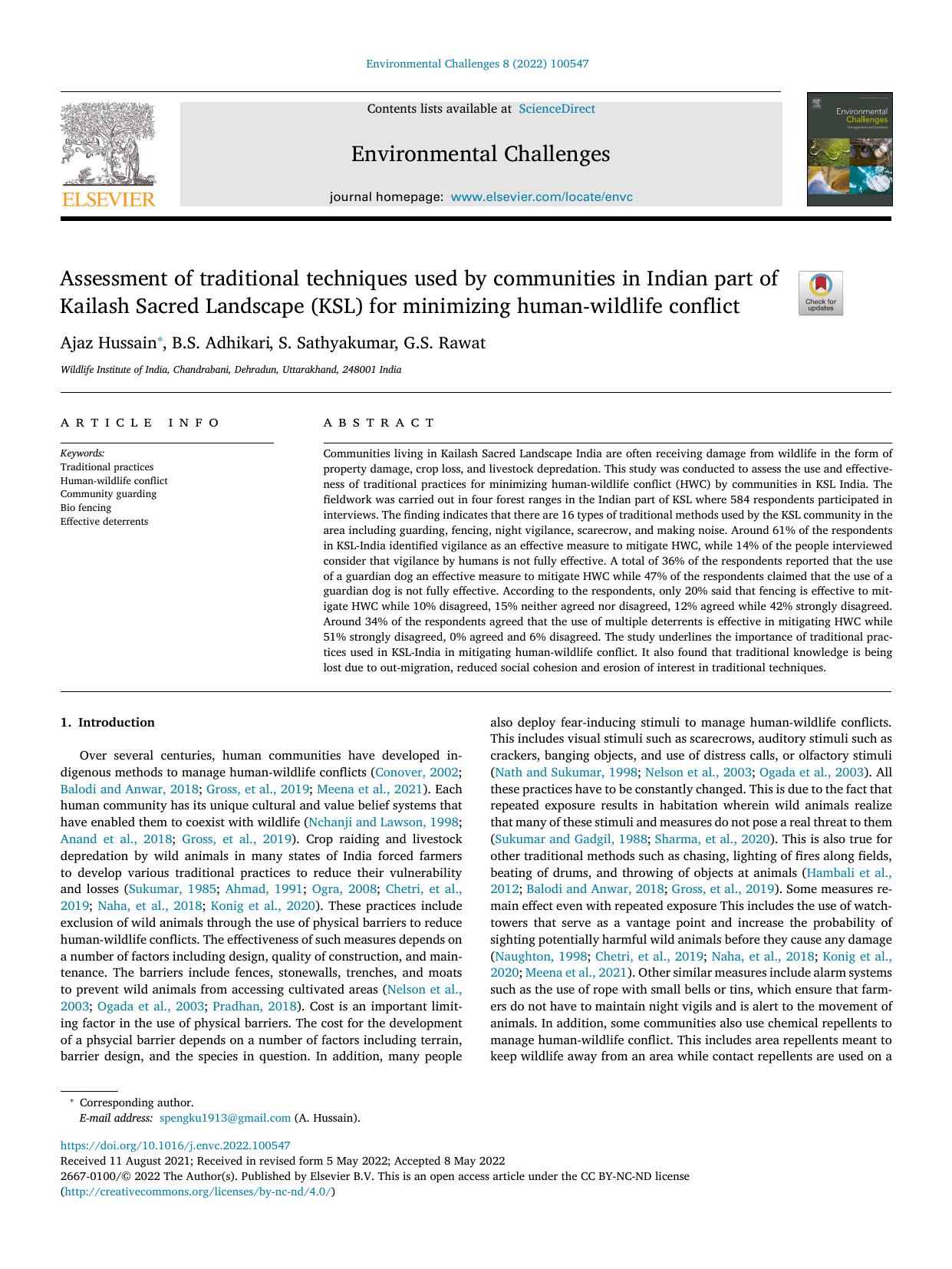 Communities living in Kailash Sacred Landscape India are often receiving damage from wildlife in the form of property damage, crop loss, and livestock depredation. This study was conducted to assess the use and effectiveness of traditional practices for minimizing human-wildlife conflict (HWC) by communities in KSL India. The fieldwork was carried out in four forest ranges in the Indian part of KSL where 584 respondents participated in interviews. The finding indicates that there are 16 types of traditional methods used by the KSL community in the area including guarding, fencing, night vigilance, scarecrow, and making noise. Around 61% of the respondents in KSL-India identified vigilance as an effective measure to mitigate HWC, while 14% of the people interviewed consider that vigilance by humans is not fully effective. A total of 36% of the respondents reported that the use of a guardian dog an effective measure to mitigate HWC while 47% of the respondents claimed that the use of a guardian dog is not fully effective. According to the respondents, only 20% said that fencing is effective to mitigate HWC while 10% disagreed, 15% neither agreed nor disagreed, 12% agreed while 42% strongly disagreed. Around 34% of the respondents agreed that the use of multiple deterrents is effective in mitigating HWC while 51% strongly disagreed, 0% agreed and 6% disagreed. The study underlines the importance of traditional practices used in KSL-India in mitigating human-wildlife conflict. It also found that traditional knowledge is being lost due to out-migration, reduced social cohesion and erosion of interest in traditional techniques.