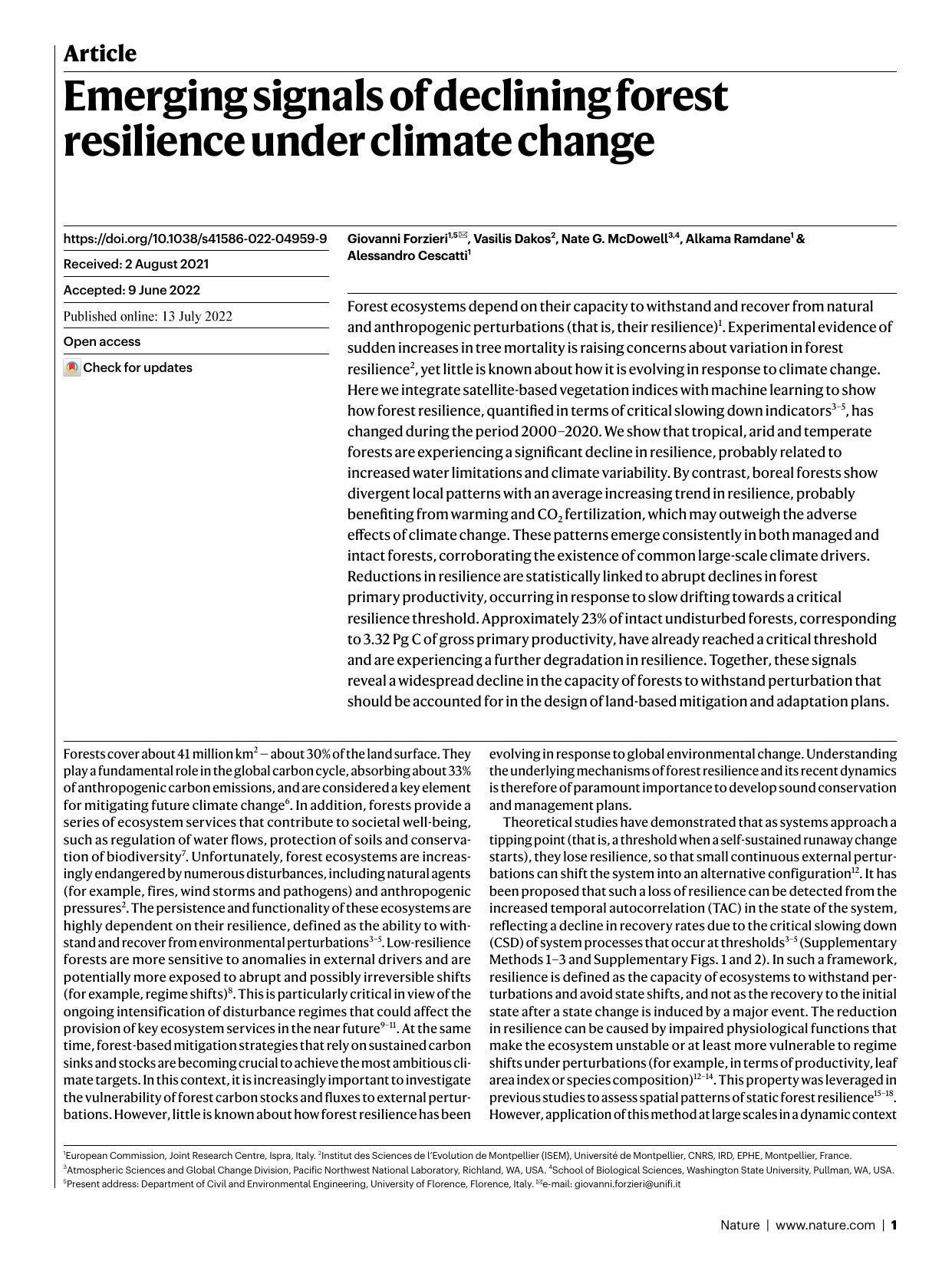 Forest ecosystems depend on their capacity to withstand and recover from natural and anthropogenic perturbations (that is, their resilience)1. Experimental evidence of sudden increases in tree mortality is raising concerns about variation in forest resilience2, yet little is known about how it is evolving in response to climate change. Here we integrate satellite-based vegetation indices with machine learning to show how forest resilience, quantified in terms of critical slowing down indicators3,4,5, has changed during the period 2000–2020. We show that tropical, arid and temperate forests are experiencing a significant decline in resilience, probably related to increased water limitations and climate variability. By contrast, boreal forests show divergent local patterns with an average increasing trend in resilience, probably benefiting from warming and CO2 fertilization, which may outweigh the adverse effects of climate change. These patterns emerge consistently in both managed and intact forests, corroborating the existence of common large-scale climate drivers. Reductions in resilience are statistically linked to abrupt declines in forest primary productivity, occurring in response to slow drifting towards a critical resilience threshold. Approximately 23% of intact undisturbed forests, corresponding to 3.32 Pg C of gross primary productivity, have already reached a critical threshold and are experiencing a further degradation in resilience. Together, these signals reveal a widespread decline in the capacity of forests to withstand perturbation that should be accounted for in the design of land-based mitigation and adaptation plans.