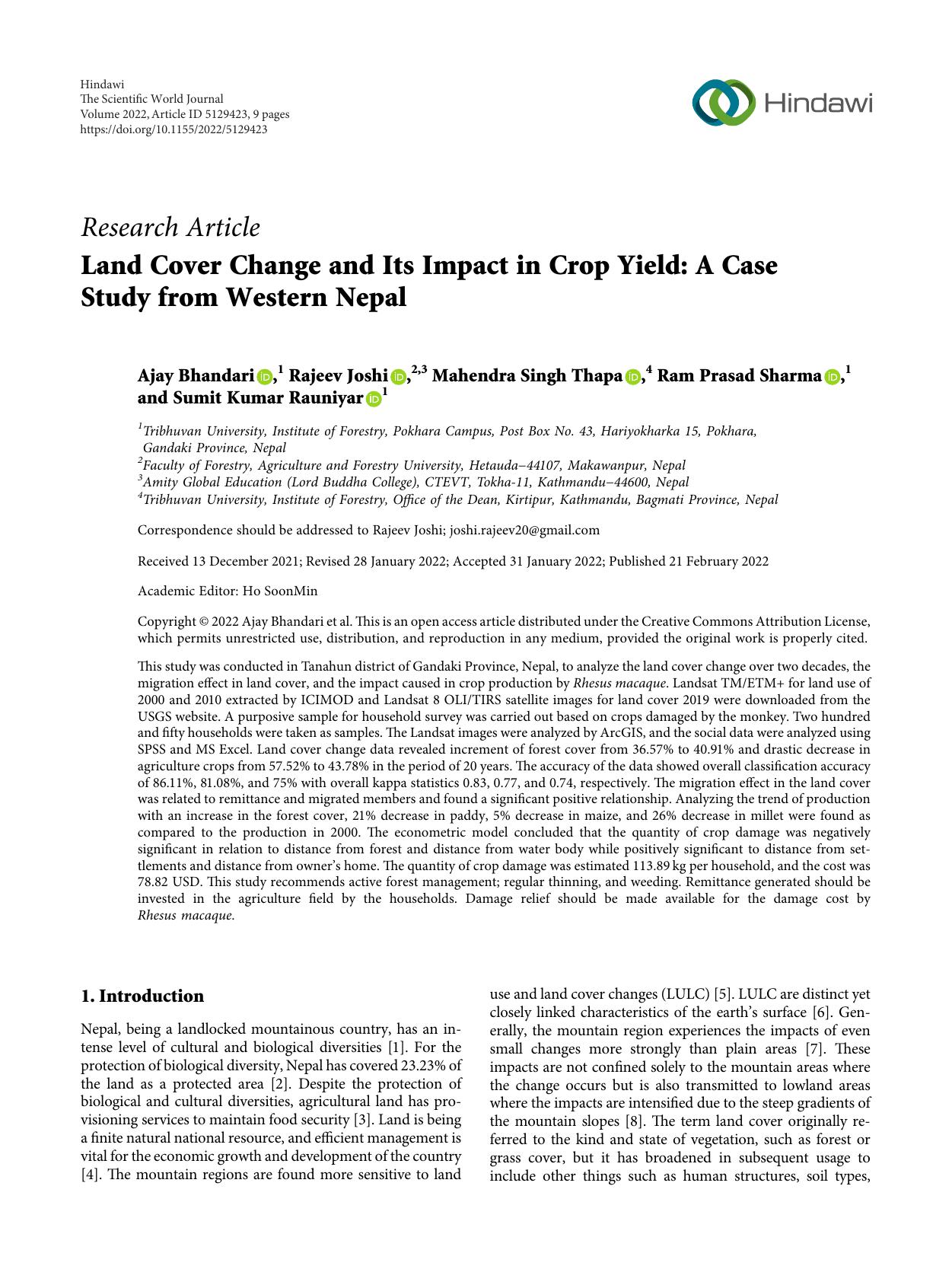 Land cover change and its impact in crop yield: A case study from western Nepal

This study was conducted in Tanahun district of Gandaki Province, Nepal, to analyze the land cover change over two decades, the migration effect in land cover, and the impact caused in crop production by Rhesus macaque. Landsat TM/ETM+ for land use of 2000 and 2010 extracted by ICIMOD and Landsat 8 OLI/TIRS satellite images for land cover 2019 were downloaded from the USGS website. A purposive sample for household survey was carried out based on crops damaged by the monkey. Two hundred and fifty households were taken as samples. The Landsat images were analyzed by ArcGIS, and the social data were analyzed using SPSS and MS Excel. Land cover change data revealed increment of forest cover from 36.57% to 40.91% and drastic decrease in agriculture crops from 57.52% to 43.78% in the period of 20 years. The accuracy of the data showed overall classification accuracy of 86.11%, 81.08%, and 75% with overall kappa statistics 0.83, 0.77, and 0.74, respectively. The migration effect in the land cover was related to remittance and migrated members and found a significant positive relationship. Analyzing the trend of production with an increase in the forest cover, 21% decrease in paddy, 5% decrease in maize, and 26% decrease in millet were found as compared to the production in 2000. The econometric model concluded that the quantity of crop damage was negatively significant in relation to distance from forest and distance from water body while positively significant to distance from settlements and distance from owner’s home. The quantity of crop damage was estimated 113.89 kg per household, and the cost was 78.82 USD. This study recommends active forest management; regular thinning, and weeding. Remittance generated should be invested in the agriculture field by the households. Damage relief should be made available for the damage cost by Rhesus macaque.