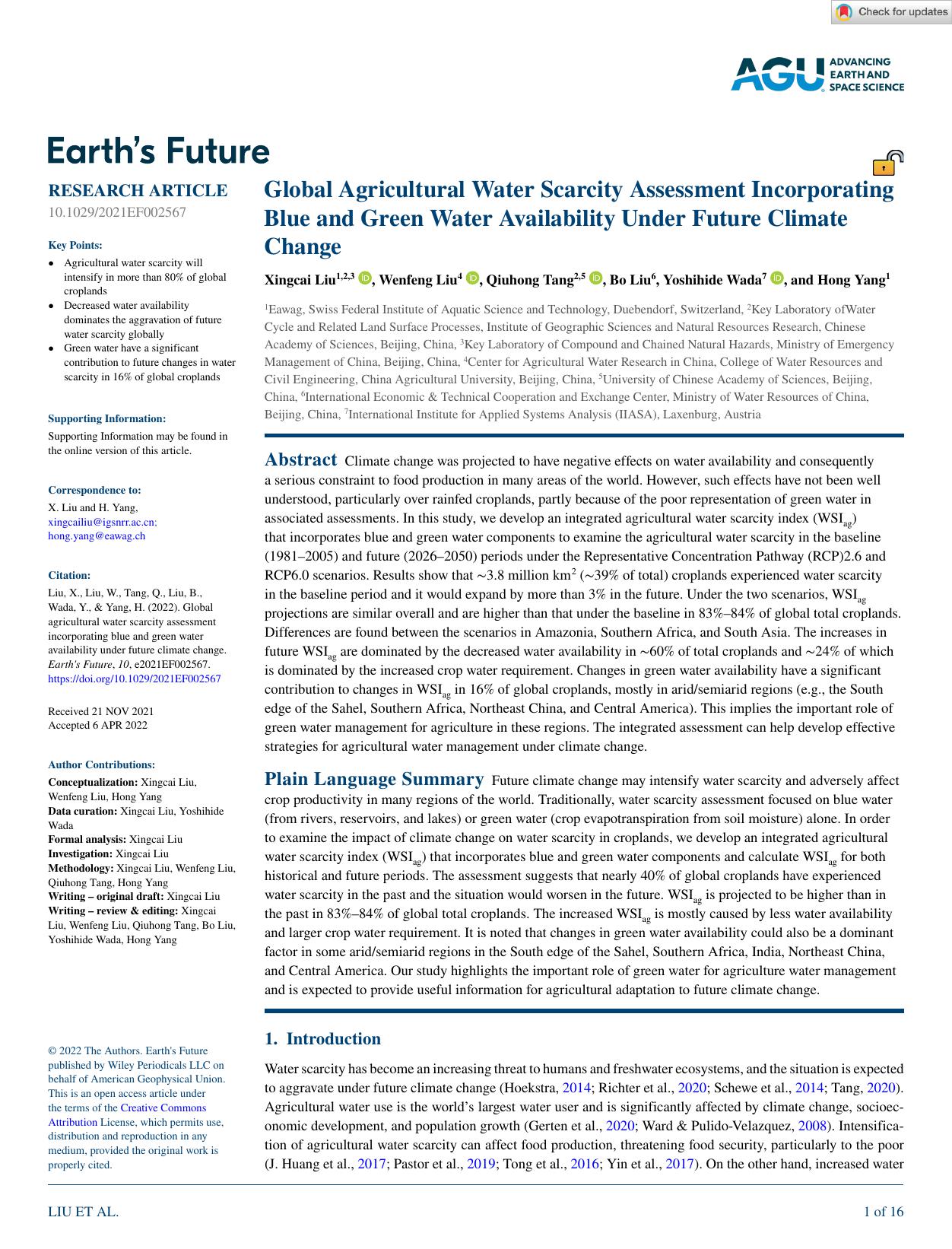 Abstract Climate change was projected to have negative effects on water availability and consequently a serious constraint to food production in many areas of the world. However, such effects have not been well understood, particularly over rainfed croplands, partly because of the poor representation of green water in associated assessments. In this study, we develop an integrated agricultural water scarcity index (WSIag) that incorporates blue and green water components to examine the agricultural water scarcity in the baseline (1981?2005) and future (2026?2050) periods under the Representative Concentration Pathway (RCP)2.6 and RCP6.0 scenarios. Results show that ?3.8 million km2 (?39% of total) croplands experienced water scarcity in the baseline period and it would expand by more than 3% in the future. Under the two scenarios, WSIag projections are similar overall and are higher than that under the baseline in 83%?84% of global total croplands. Differences are found between the scenarios in Amazonia, Southern Africa, and South Asia. The increases in future WSIag are dominated by the decreased water availability in ?60% of total croplands and ?24% of which is dominated by the increased crop water requirement. Changes in green water availability have a significant contribution to changes in WSIag in 16% of global croplands, mostly in arid/semiarid regions (e.g., the South edge of the Sahel, Southern Africa, Northeast China, and Central America). This implies the important role of green water management for agriculture in these regions. The integrated assessment can help develop effective strategies for agricultural water management under climate change.