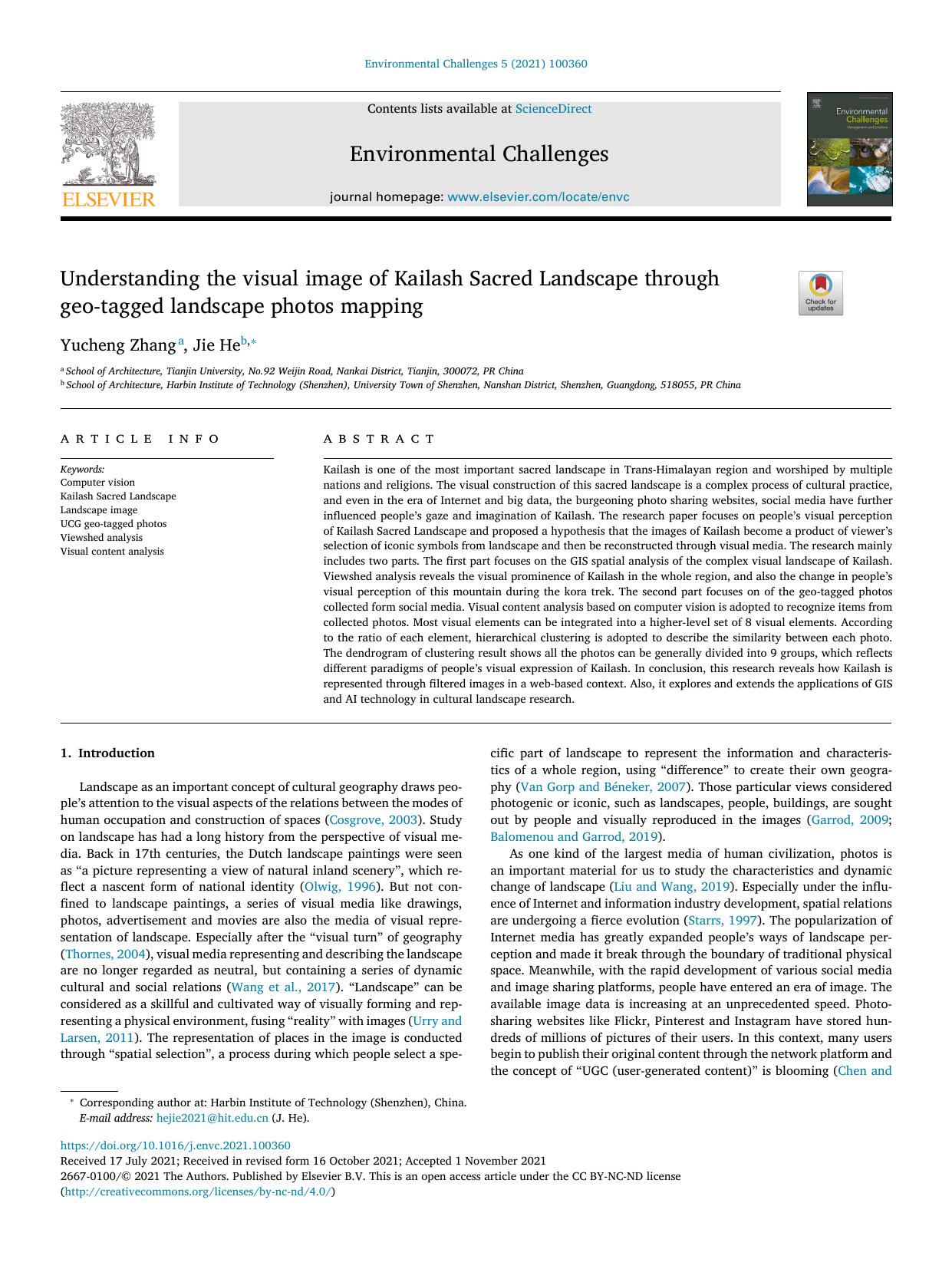 Kailash is one of the most important sacred landscape in Trans-Himalayan region and worshiped by multiple nations and religions. The visual construction of this sacred landscape is a complex process of cultural practice, and even in the era of Internet and big data, the burgeoning photo sharing websites, social media have further influenced people's gaze and imagination of Kailash. The research paper focuses on people's visual perception of Kailash Sacred Landscape and proposed a hypothesis that the images of Kailash become a product of viewer's selection of iconic symbols from landscape and then be reconstructed through visual media. The research mainly includes two parts. The first part focuses on the GIS spatial analysis of the complex visual landscape of Kailash. Viewshed analysis reveals the visual prominence of Kailash in the whole region, and also the change in people's visual perception of this mountain during the kora trek. The second part focuses on of the geo-tagged photos collected form social media. Visual content analysis based on computer vision is adopted to recognize items from collected photos. Most visual elements can be integrated into a higher-level set of 8 visual elements. According to the ratio of each element, hierarchical clustering is adopted to describe the similarity between each photo. The dendrogram of clustering result shows all the photos can be generally divided into 9 groups, which reflects different paradigms of people's visual expression of Kailash. In conclusion, this research reveals how Kailash is represented through filtered images in a web-based context. Also, it explores and extends the applications of GIS and AI technology in cultural landscape research.