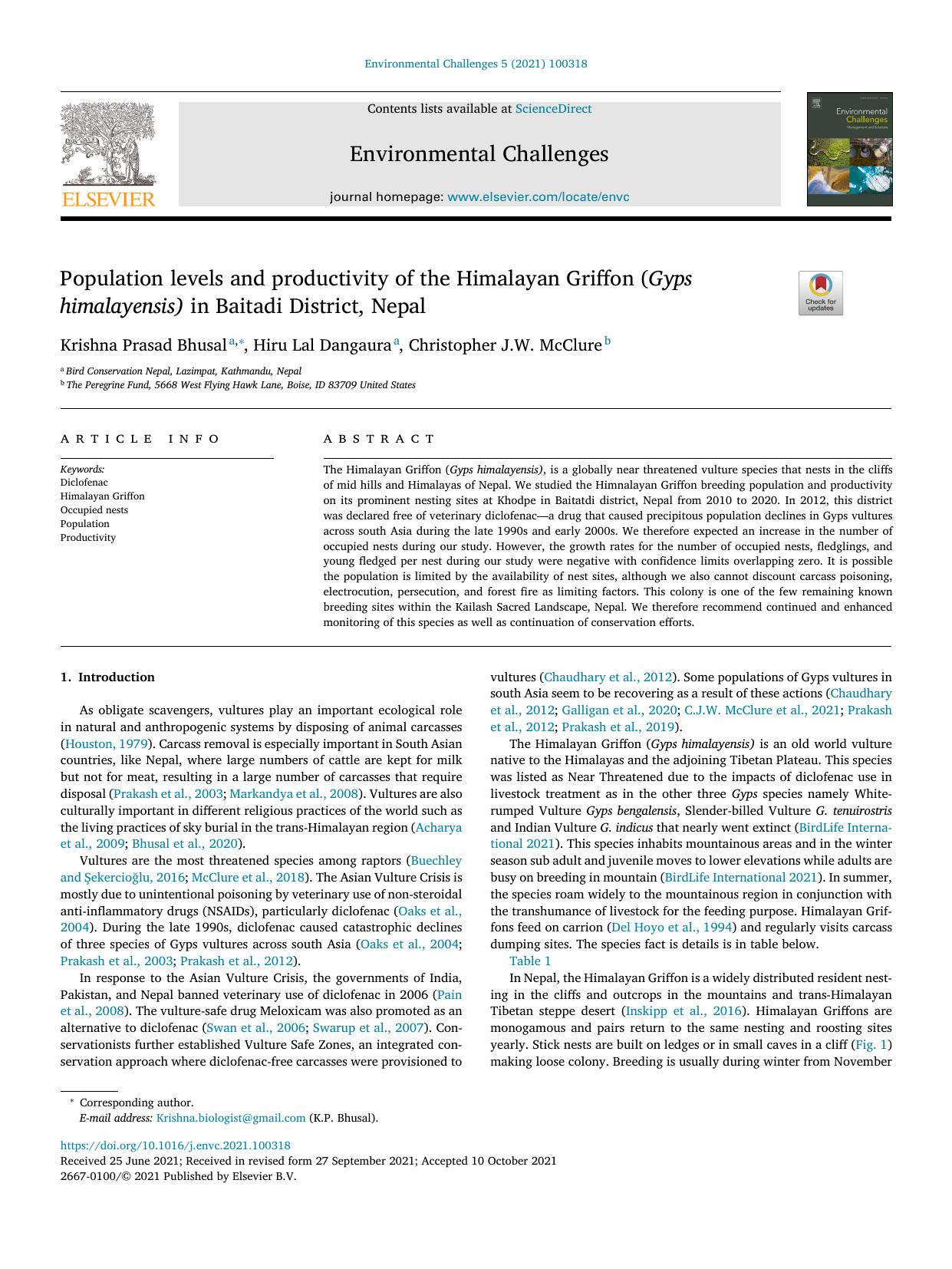 The Himalayan Griffon (Gyps himalayensis), is a globally near threatened vulture species that nests in the cliffs of mid hills and Himalayas of Nepal. We studied the Himnalayan Griffon breeding population and productivity on its prominent nesting sites at Khodpe in Baitatdi district, Nepal from 2010 to 2020. In 2012, this district was declared free of veterinary diclofenac—a drug that caused precipitous population declines in Gyps vultures across south Asia during the late 1990s and early 2000s. We therefore expected an increase in the number of occupied nests during our study. However, the growth rates for the number of occupied nests, fledglings, and young fledged per nest during our study were negative with confidence limits overlapping zero. It is possible the population is limited by the availability of nest sites, although we also cannot discount carcass poisoning, electrocution, persecution, and forest fire as limiting factors. This colony is one of the few remaining known breeding sites within the Kailash Sacred Landscape, Nepal. We therefore recommend continued and enhanced monitoring of this species as well as continuation of conservation efforts.