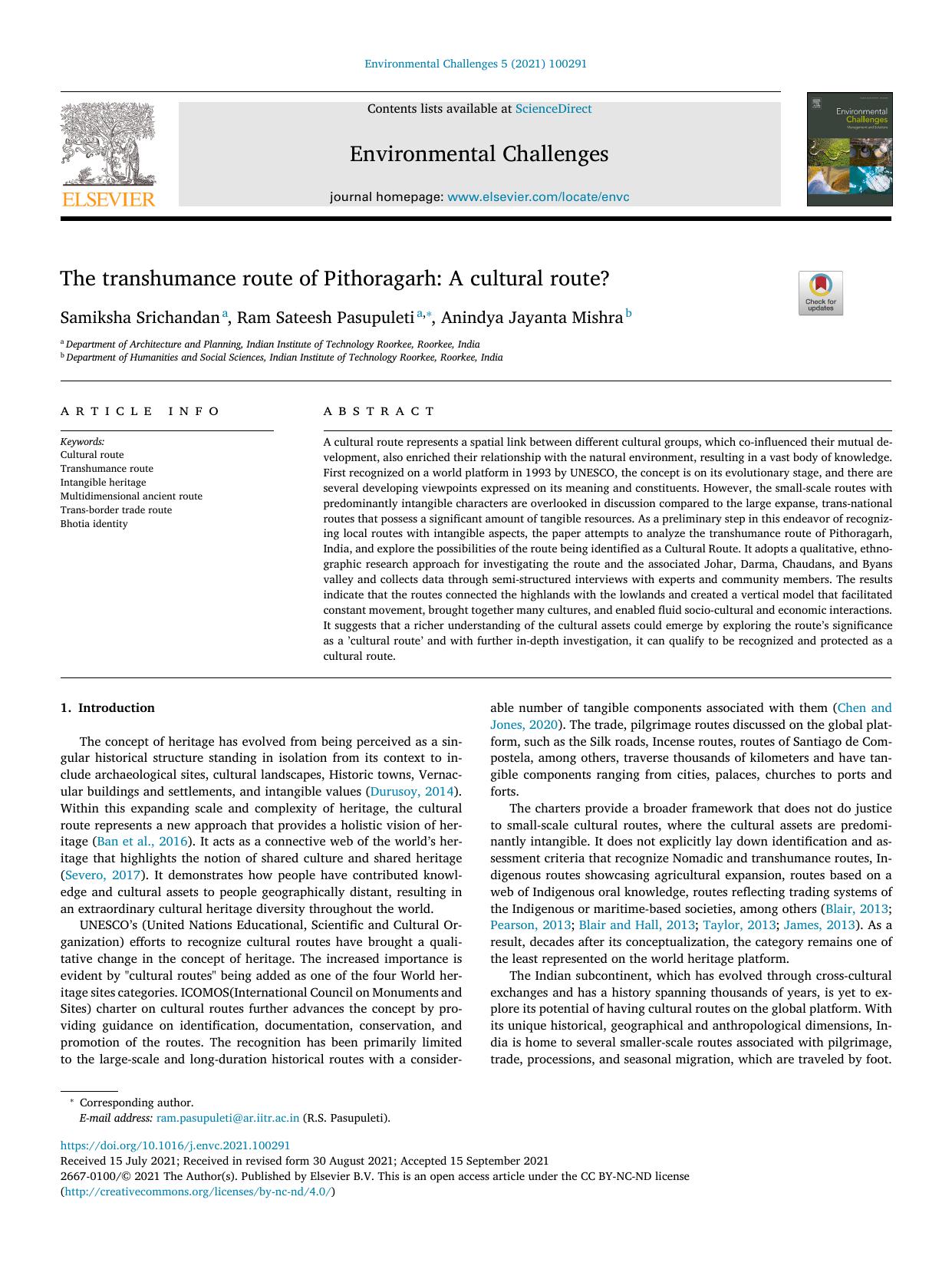 The transhumance route of Pithoragarh: A cultural route?

A cultural route represents a spatial link between different cultural groups, which co-influenced their mutual development, also enriched their relationship with the natural environment, resulting in a vast body of knowledge. First recognized on a world platform in 1993 by UNESCO, the concept is on its evolutionary stage, and there are several developing viewpoints expressed on its meaning and constituents. However, the small-scale routes with predominantly intangible characters are overlooked in discussion compared to the large expanse, trans-national routes that possess a significant amount of tangible resources. As a preliminary step in this endeavor of recognizing local routes with intangible aspects, the paper attempts to analyze the transhumance route of Pithoragarh, India, and explore the possibilities of the route being identified as a Cultural Route. It adopts a qualitative, ethnographic research approach for investigating the route and the associated Johar, Darma, Chaudans, and Byans valley and collects data through semi-structured interviews with experts and community members. The results indicate that the routes connected the highlands with the lowlands and created a vertical model that facilitated constant movement, brought together many cultures, and enabled fluid socio-cultural and economic interactions. It suggests that a richer understanding of the cultural assets could emerge by exploring the route's significance as a 'cultural route' and with further in-depth investigation, it can qualify to be recognized and protected as a cultural route.