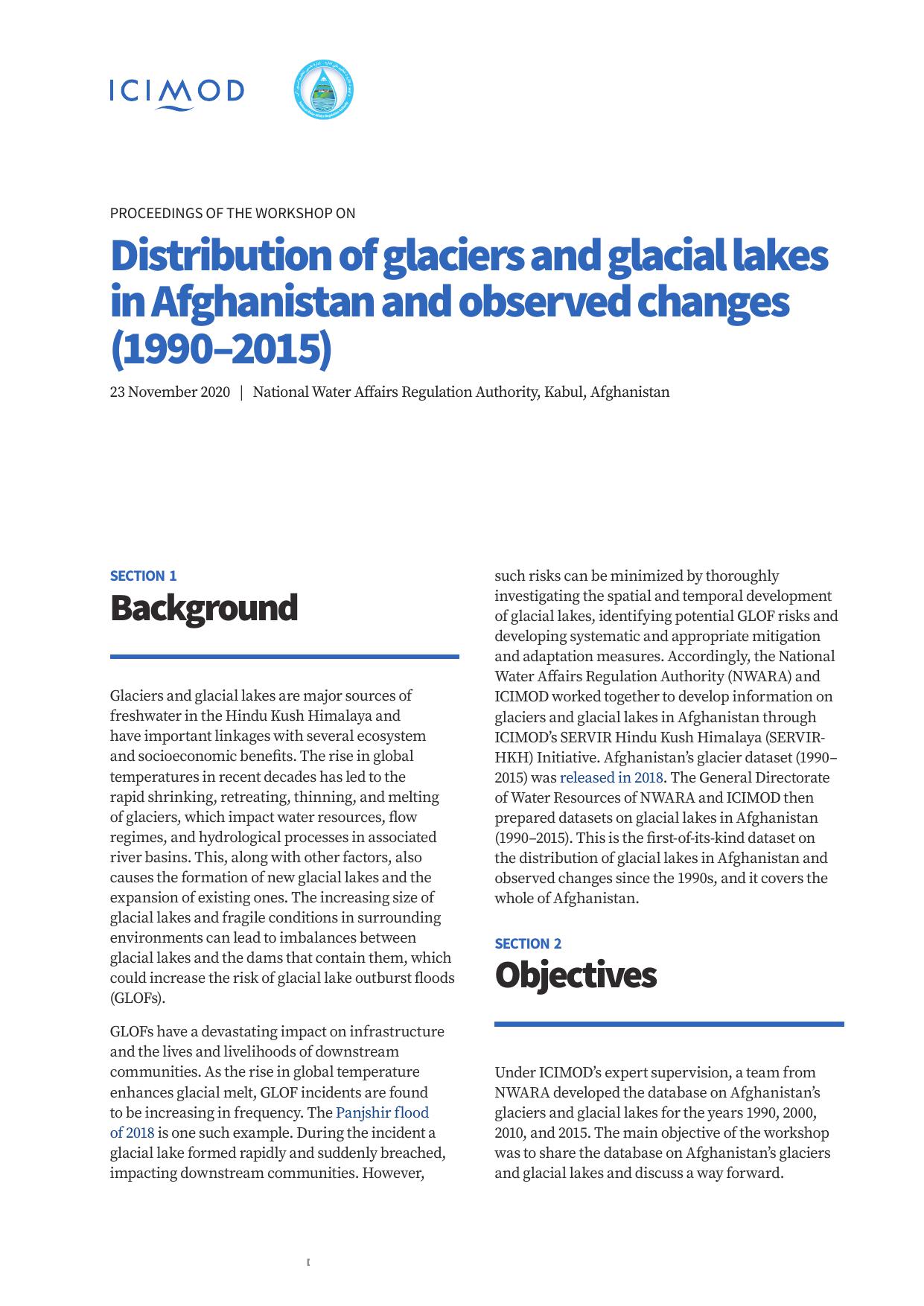 Together with Afghanistan’s National Water Affairs Regulation Authority (NWARA), we organized a workshop in Kabul in November 2020 to share databases on Afghanistan’s glaciers and glacial lakes. These databases were developed jointly by ICIMOD and NWARA through our SERVIR Hindu Kush Himalaya (SERVIR-HKH) Initiative. Afghanistan’s glacier dataset (1990–2015) was released in 2018. After its release, we worked with the General Directorate of Water Resources of NWARA to prepare datasets on glacial lakes in Afghanistan (1990–2015). This dataset on the distribution of glacial lakes in the country and observed changes since the 1990s is the first of its kind and covers the whole of Afghanistan. A team from NWARA developed the database on glaciers and glacial lakes for the years 1990, 2000, 2010, and 2015 under ICIMOD supervision.