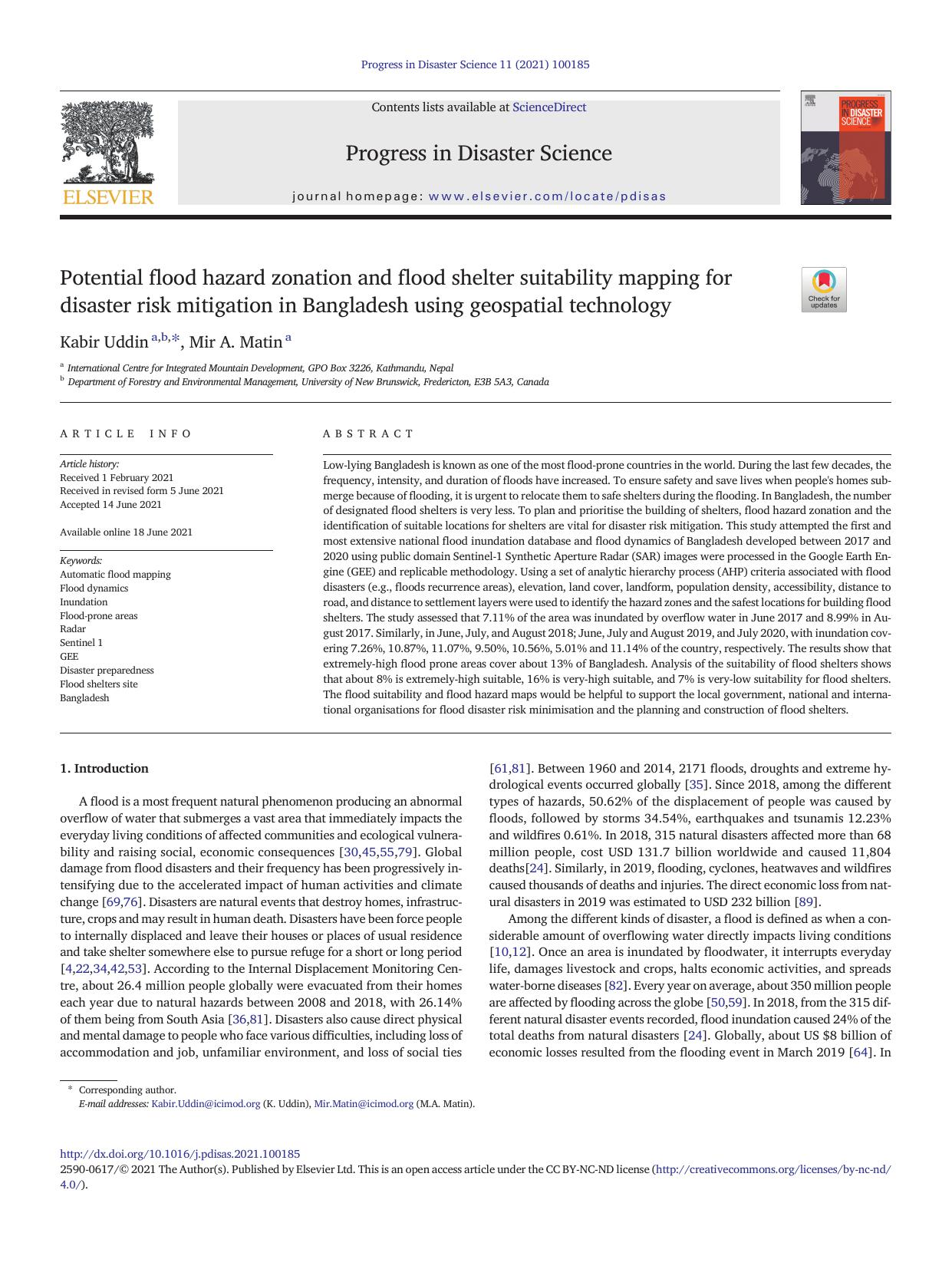 Low-lying Bangladesh is known as one of the most flood-prone countries in the world. During the last few decades, the frequency, intensity, and duration of floods have increased. To ensure safety and save lives when people's homes submerge because of flooding, it is urgent to relocate them to safe shelters during the flooding. In Bangladesh, the number of designated flood shelters is very less. To plan and prioritise the building of shelters, flood hazard zonation and the identification of suitable locations for shelters are vital for disaster risk mitigation. This study attempted the first and most extensive national flood inundation database and flood dynamics of Bangladesh developed between 2017 and 2020 using public domain Sentinel-1 Synthetic Aperture Radar (SAR) images were processed in the Google Earth Engine (GEE) and replicable methodology. Using a set of analytic hierarchy process (AHP) criteria associated with flood disasters (e.g., floods recurrence areas), elevation, land cover, landform, population density, accessibility, distance to road, and distance to settlement layers were used to identify the hazard zones and the safest locations for building flood shelters. The study assessed that 7.11% of the area was inundated by overflow water in June 2017 and 8.99% in August 2017. Similarly, in June, July, and August 2018; June, July and August 2019, and July 2020, with inundation covering 7.26%, 10.87%, 11.07%, 9.50%, 10.56%, 5.01% and 11.14% of the country, respectively. The results show that extremely-high flood prone areas cover about 13% of Bangladesh. Analysis of the suitability of flood shelters shows that about 8% is extremely-high suitable, 16% is very-high suitable, and 7% is very-low suitability for flood shelters. The flood suitability and flood hazard maps would be helpful to support the local government, national and international organisations for flood disaster risk minimisation and the planning and construction of flood shelters.