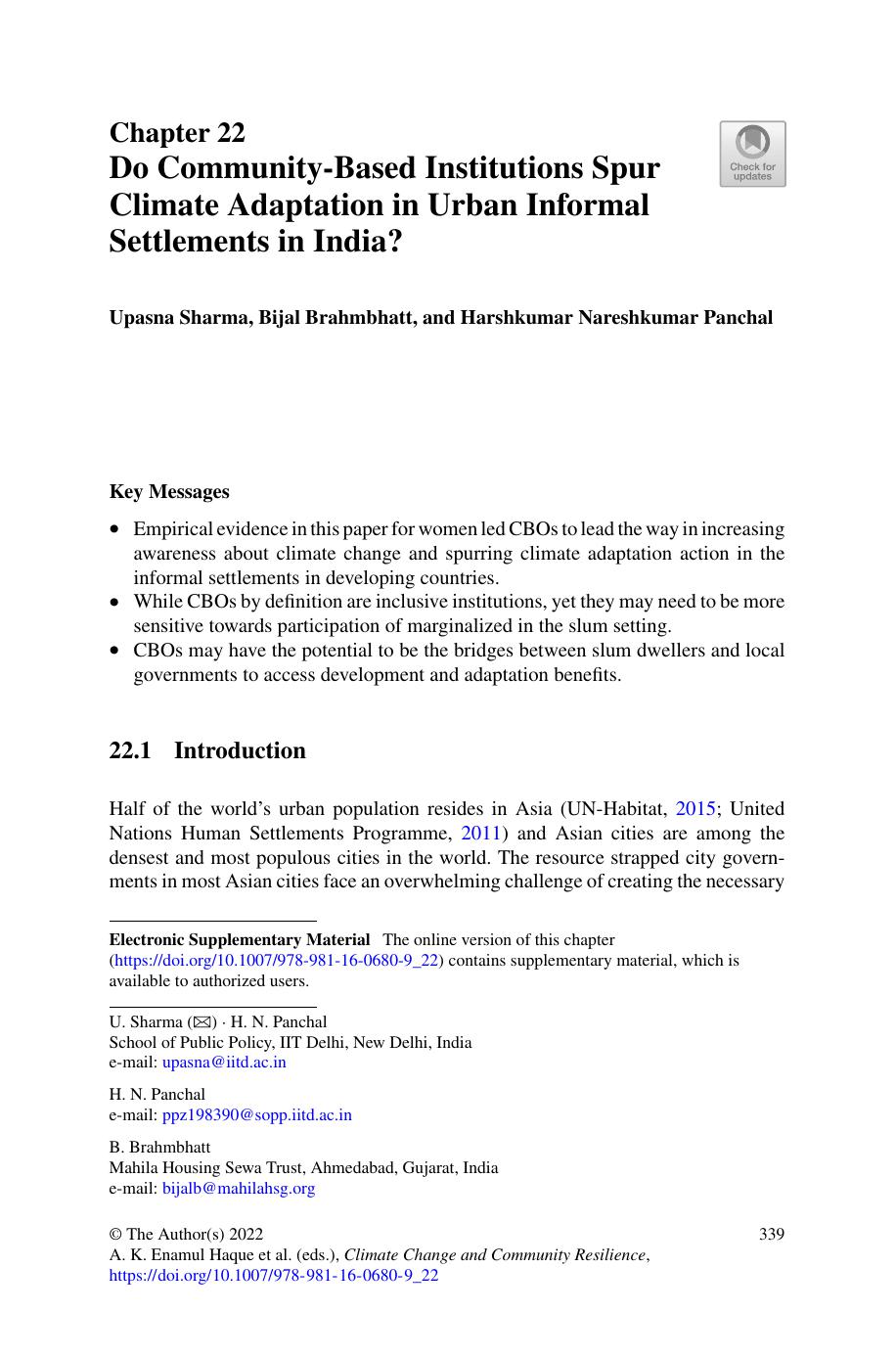 This chapter examines empirical evidence on the effectiveness of community-based organizations (CBOs) in enhancing the ability of people living in slums to address their climate risks and engage meaningfully with local governments. In particular, this chapter intends to examine whether CBOs are effective in increasing awareness of climate change and adaptation options for reducing climate risks for slum households and their communities. This study focuses on three climatic shocks that typically affect most urban areas in South Asia, i.e. heat wave, flooding and vector-borne diseases where urban poor are more susceptible to these. The main actors for enabling community-based adaptation and adaptive capacity were the women’s groups in the slums called the community action group (CAG). The interventions for enhancing the adaptive capacities were—(i) training the community on the knowledge of causes and impacts of climate change; (ii) employing participatory vulnerability assessment for assessing the impact of climatic risks; and (iii) community-based resilience planning for framing the strategies to act against the risks realized under the vulnerability assessment. To evaluate the impact of the intervention, a quasi-experimental approach was taken—data on different measures of impact and adaptation options were collected through a detailed household questionnaire administered in the intervention slums as well as a set of control slums for a comparison in the baseline year as well as end line year. The study provides strong empirical evidence on the effectiveness of CAGs to enhance the awareness of climate change, awareness about adaptation options to reduce climate impacts, and to facilitate the implementation of adaptation options by slum households.