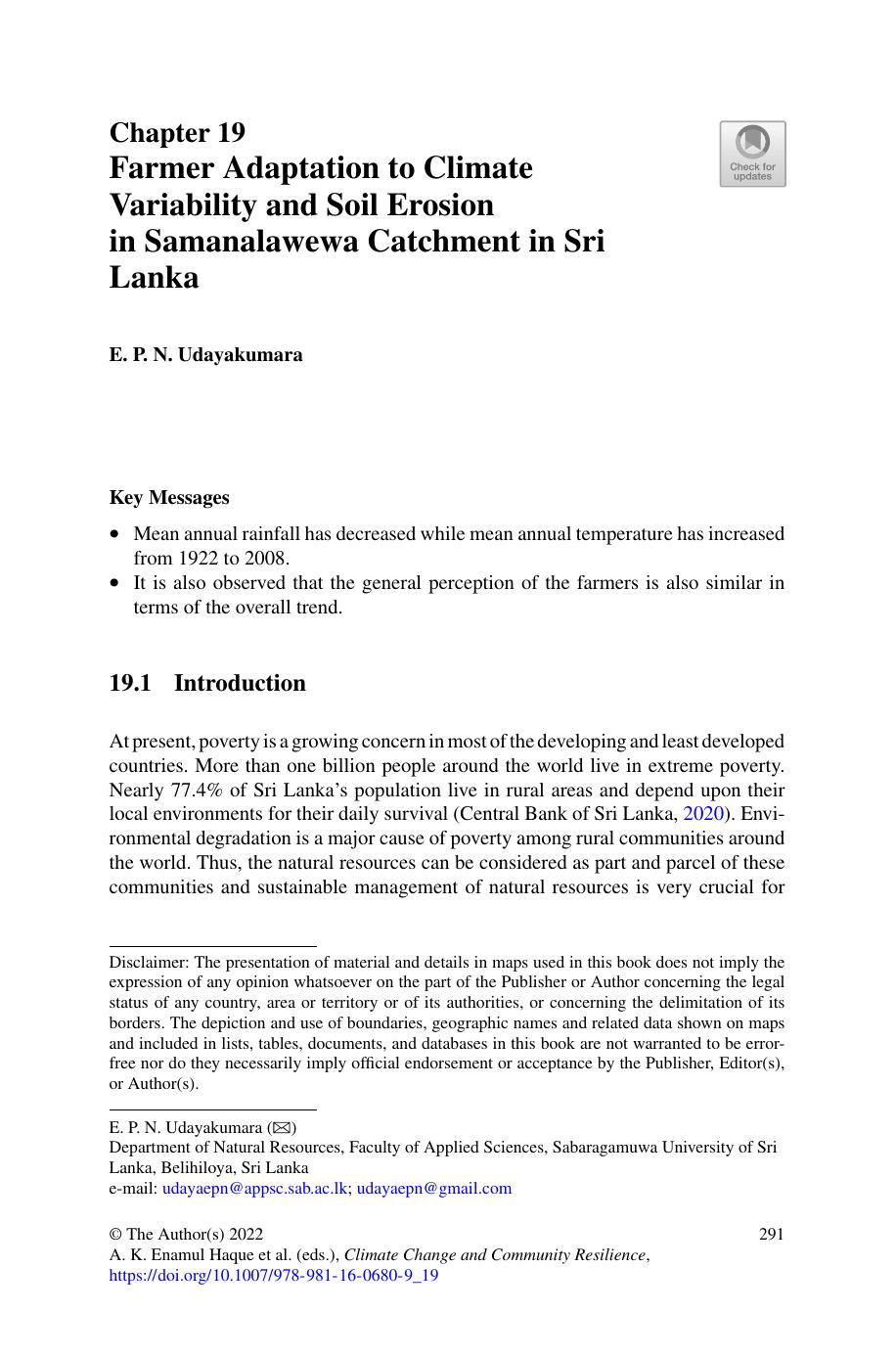 The Samanalawewa catchment is considered one of the most important catchments in Sri Lanka because of its diverse land uses. Hence, this study examines the long-term effects on climate variability, soil erosion soil erosion, and adoption of soil and water conservation (SWC) measures in the Samanalawewa reservoir. Rainfall and temperature data indicated that annual rainfall decreased from 1922 to 2008 by an average of 5.5 mm per year while the average annual temperature increased from 1973 to 2008 at a rate of 0.02 °C per year. Moreover, model-based soil erosion assessment disclosed that the rate of soil erosion ranges from 0 to 289 t per ha per year with an average of 4.3 t per ha per year.