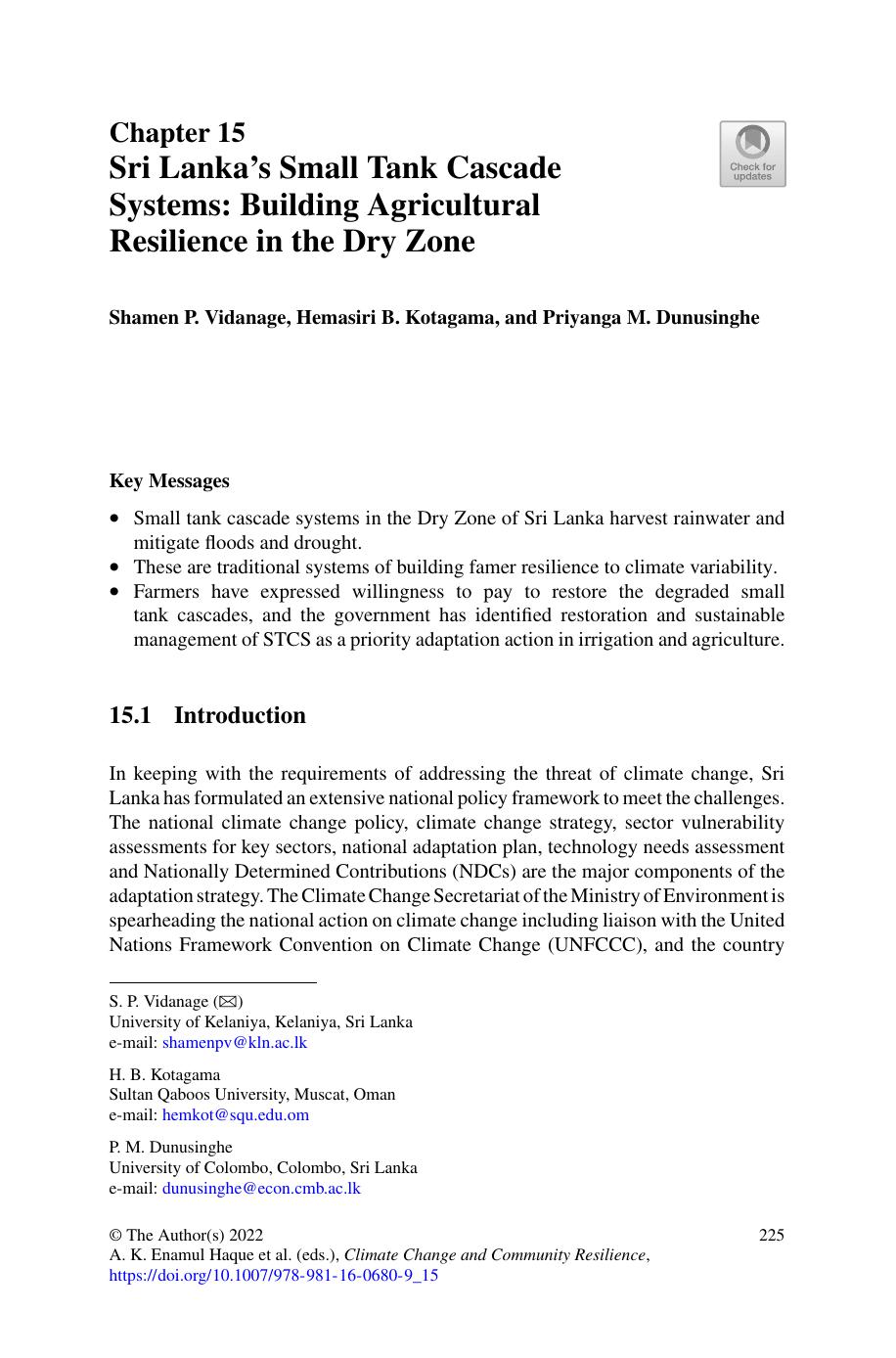 Small tank cascade systems (STCS) are part of Sri Lanka’s hydraulic civilization. These systems interconnected small man-made reservoirs which capture seasonal rainwater for agriculture, household, and environmental purposes are considered the lifeblood of communities in the Dry Zone of Sri Lanka. These time-tested drought and flood mitigation systems are now increasingly being seen as excellent community resilience systems for adaptation to climate change in the Dry Zone of Sri Lanka. Somewhat neglected by the authorities, the systems are now being revived, and restoration of degraded STCS is being recognised as a viable option for adaptation in the National Action Plan for Climate Change Adaptation in Sri Lanka as well as articulated as adaptation actions in the Nationally Determined Contributions (NDCs) under the Paris Agreement. This chapter brings out the unique features of these systems and discusses how the systems have been helpful in addressing drought and flood mitigation historically; in building climate change resilience in small-scale farming communities in the Dry Zone in the present context in; how they were managed over time and what future they hold in climate change adaptation planning in the country.