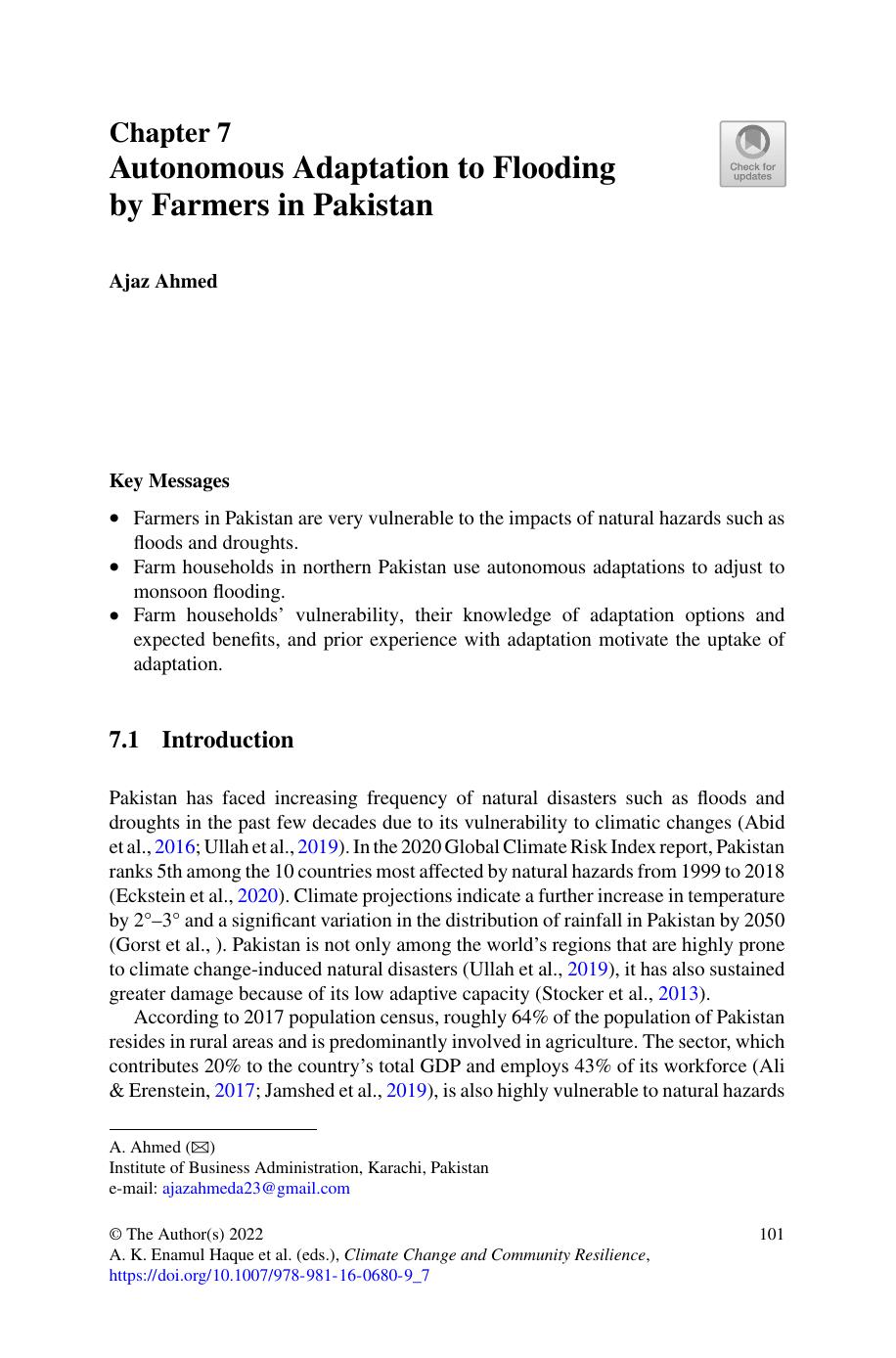 Autonomous adaptation to flooding by farmers in Pakistan

Pakistan is highly vulnerable to the impact of climate change and has suffered from natural disasters such as floods and droughts with increasing frequency. Several regions in the country are prone to monsoon flooding and its adverse impact on the lives and livelihood of millions of people. Rural farming communities have tried to adjust to monsoon flooding by adopting various autonomous adaptation measures. This study uses primary data from 500 farm households in flood-affected and non-affected villages of Nowshera district in northern Pakistan using binary logistic regression, to investigate the drivers of adaptation. Empirical results reveal that access to agricultural extension services, off-farm work opportunities, tribal diversity, flood duration, and farm to river distance is some of the main factors that drive the uptake of autonomous flood adaptation. The analysis, however, indicates that the uptake of adaptation actions is suboptimal, as many more flood-affected farm households could benefit from these adaptation measures if they receive proper technical information and support from relevant agencies. Autonomous adaptation is an efficient and cost-effective way to develop the rural farming communities’ resilience to monsoon flooding in the Nowshera district.