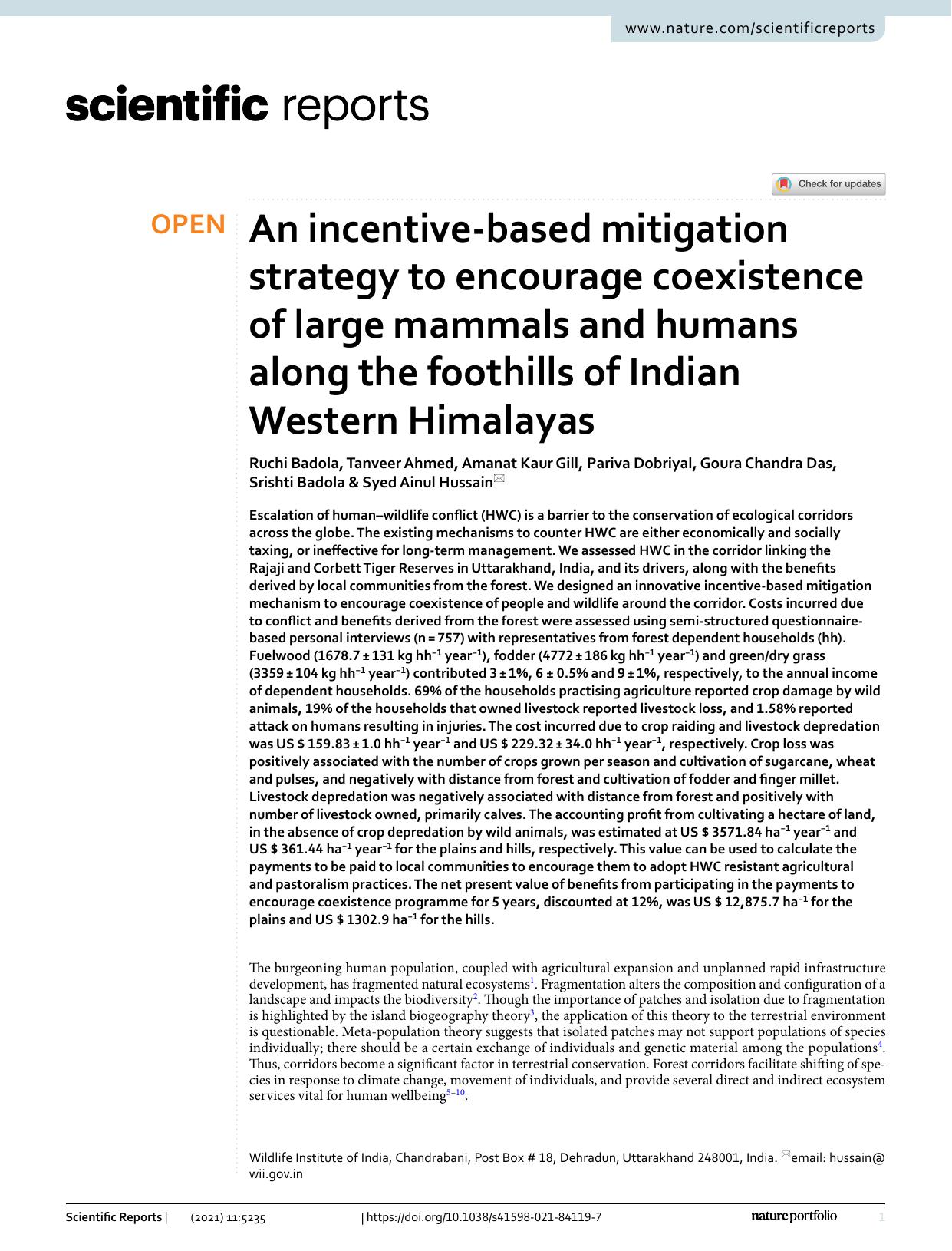 Escalation of human-wildlife conflict (HWC) is a barrier to the conservation of ecological corridors across the globe. The existing mechanisms to counter HWC are either economically and socially taxing, or ineffective for long-term management. We assessed HWC in the corridor linking the Rajaji and Corbett Tiger Reserves in Uttarakhand, India, and its drivers, along with the benefits derived by local communities from the forest. We designed an innovative incentive-based mitigation mechanism to encourage coexistence of people and wildlife around the corridor. Costs incurred due to conflict and benefits derived from the forest were assessed using semi-structured questionnaire-based personal interviews (n = 757) with representatives from forest dependent households (hh). Fuelwood (1678.7 ± 131 kg hh−1 year−1), fodder (4772 ± 186 kg hh−1 year−1) and green/dry grass (3359 ± 104 kg hh−1 year−1) contributed 3 ± 1%, 6 ± 0.5% and 9 ± 1%, respectively, to the annual income of dependent households. 69% of the households practising agriculture reported crop damage by wild animals, 19% of the households that owned livestock reported livestock loss, and 1.58% reported attack on humans resulting in injuries. The cost incurred due to crop raiding and livestock depredation was US