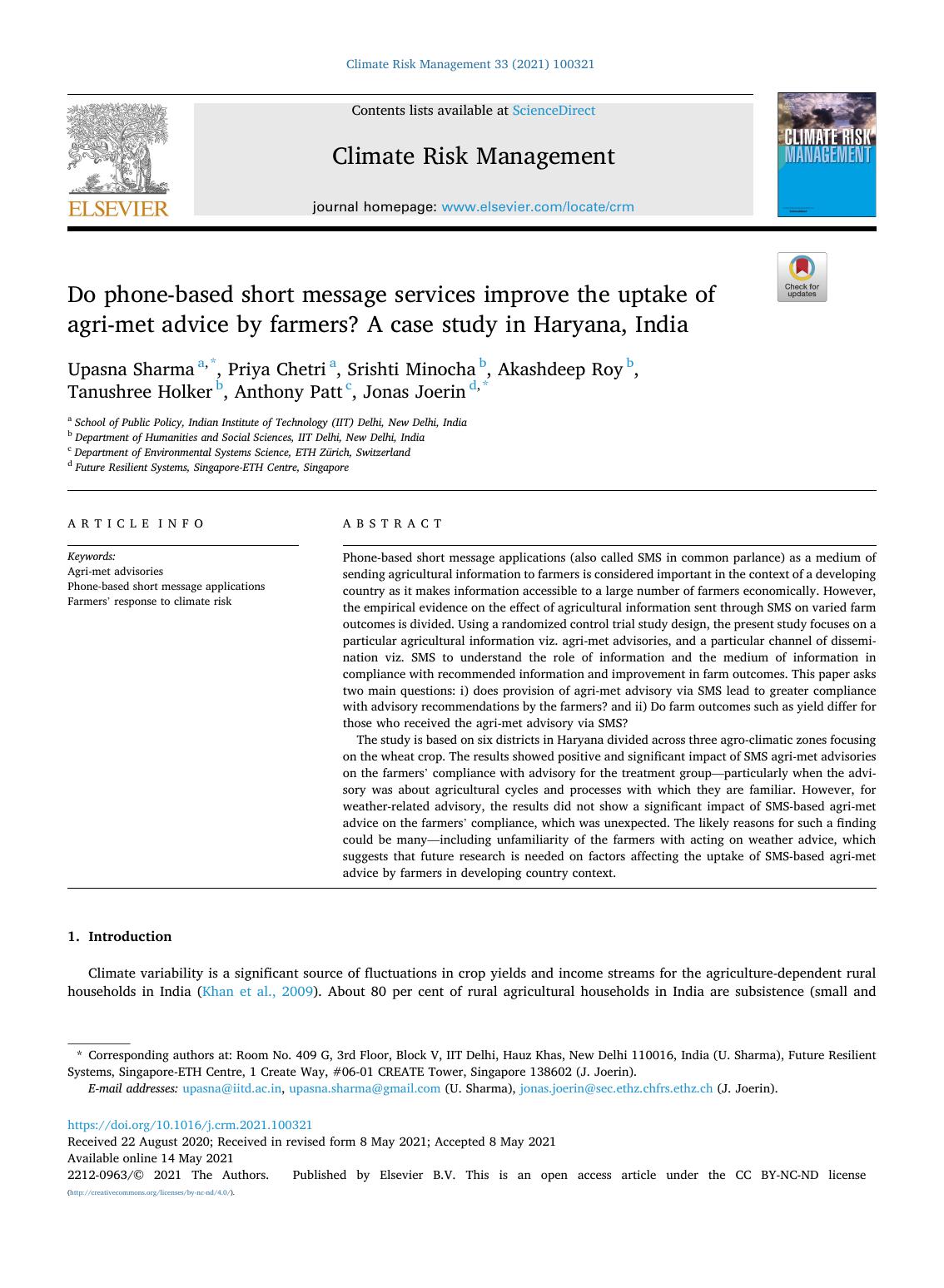 Do phone-based short message services improve the uptake of agri-met advice by farmers? A case study in Haryana, India

Phone-based short message applications (also called SMS in common parlance) as a medium of sending agricultural information to farmers is considered important in the context of a developing country as it makes information accessible to a large number of farmers economically. However, the empirical evidence on the effect of agricultural information sent through SMS on varied farm outcomes is divided. Using a randomized control trial study design, the present study focuses on a particular agricultural information viz. agri-met advisories, and a particular channel of dissemination viz. SMS to understand the role of information and the medium of information in compliance with recommended information and improvement in farm outcomes. This paper asks two main questions: i) does provision of agri-met advisory via SMS lead to greater compliance with advisory recommendations by the farmers? and ii) Do farm outcomes such as yield differ for those who received the agri-met advisory via SMS? The study is based on six districts in Haryana divided across three agro-climatic zones focusing on the wheat crop. The results showed positive and significant impact of SMS agri-met advisories on the farmers' compliance with advisory for the treatment group-particularly when the advisory was about agricultural cycles and processes with which they are familiar. However, for weather-related advisory, the results did not show a significant impact of SMS-based agri-met advice on the farmers' compliance, which was unexpected. The likely reasons for such a finding could be many-including unfamiliarity of the farmers with acting on weather advice, which suggests that future research is needed on factors affecting the uptake of SMS-based agri-met advice by farmers in developing country context.