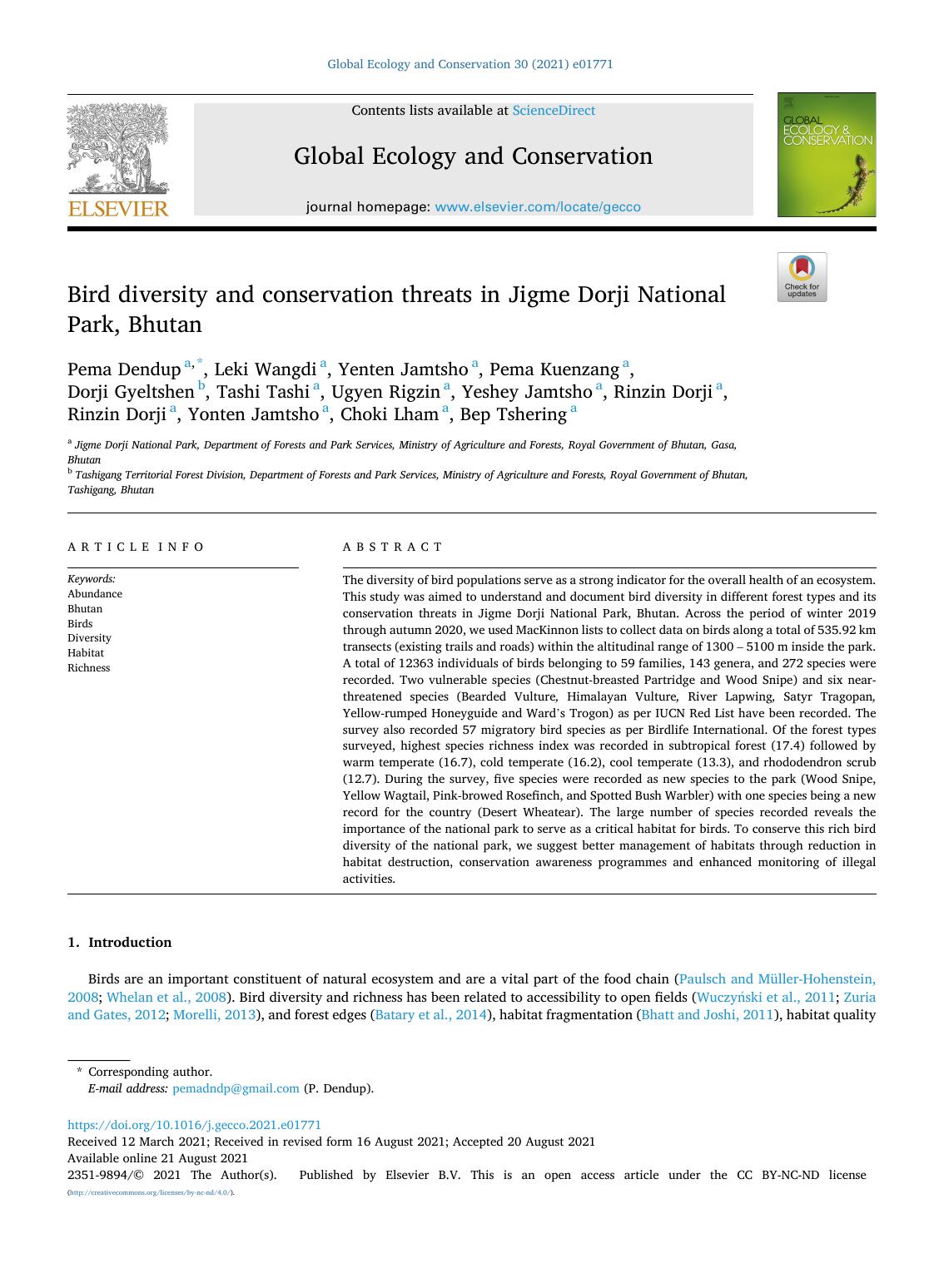 The diversity of bird populations serve as a strong indicator for the overall health of an ecosystem. This study was aimed to understand and document bird diversity in different forest types and its conservation threats in Jigme Dorji National Park, Bhutan. Across the period of winter 2019 through autumn 2020, we used MacKinnon lists to collect data on birds along a total of 535.92 km transects (existing trails and roads) within the altitudinal range of 1300 - 5100 m inside the park. A total of 12363 individuals of birds belonging to 59 families, 143 genera, and 272 species were recorded. Two vulnerable species (Chestnut-breasted Partridge and Wood Snipe) and six near-threatened species (Bearded Vulture, Himalayan Vulture, River Lapwing, Satyr Tragopan, Yellow-rumped Honeyguide and Ward’s Trogon) as per IUCN Red List have been recorded. The survey also recorded 57 migratory bird species as per Birdlife International. Of the forest types surveyed, highest species richness index was recorded in subtropical forest (17.4) followed by warm temperate (16.7), cold temperate (16.2), cool temperate (13.3), and rhododendron scrub (12.7). During the survey, five species were recorded as new species to the park (Wood Snipe, Yellow Wagtail, Pink-browed Rosefinch, and Spotted Bush Warbler) with one species being a new record for the country (Desert Wheatear). The large number of species recorded reveals the importance of the national park to serve as a critical habitat for birds. To conserve this rich bird diversity of the national park, we suggest better management of habitats through reduction in habitat destruction, conservation awareness programmes and enhanced monitoring of illegal activities.