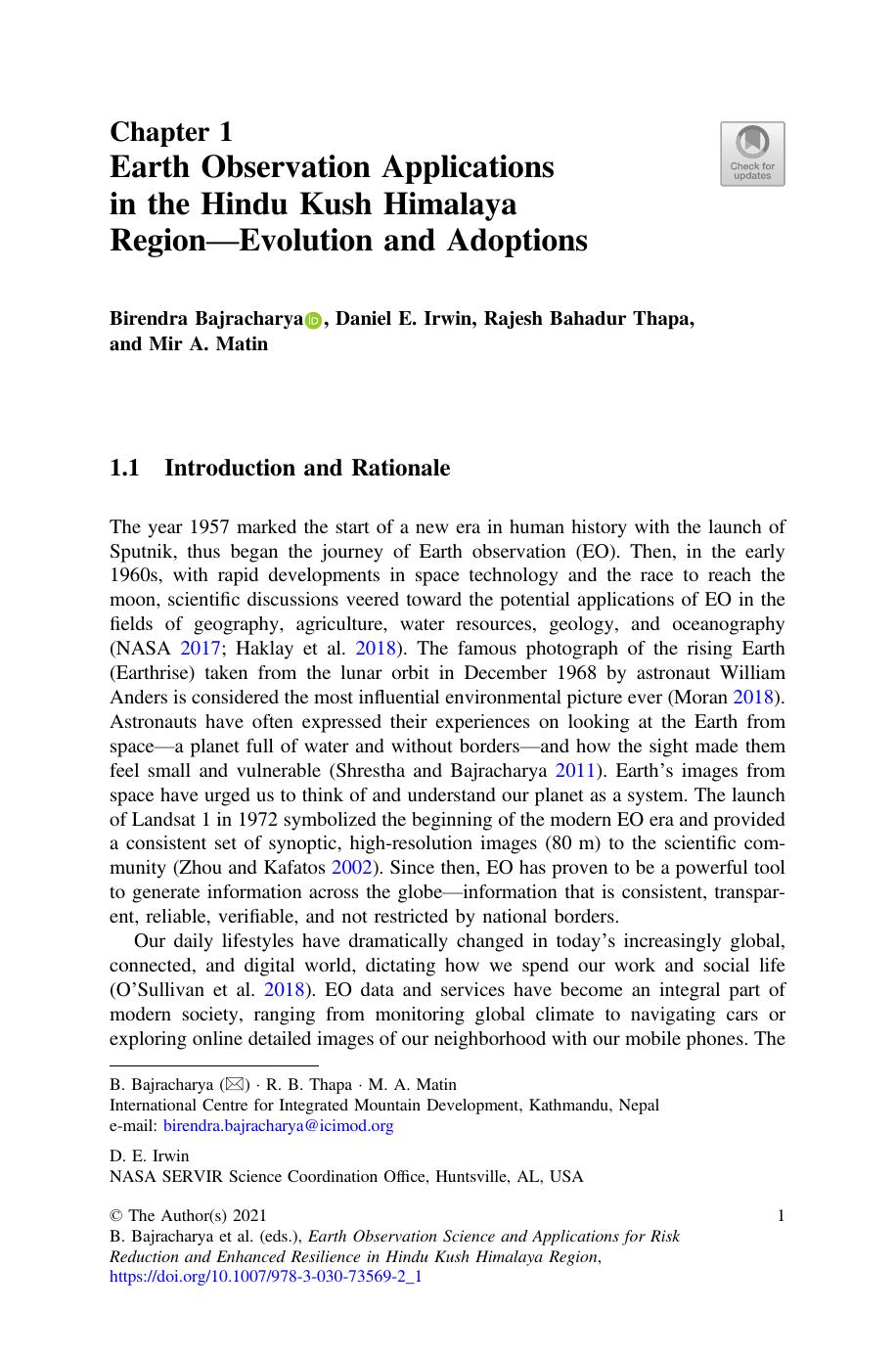 The year 1957 marked the start of a new era in human history with the launch of Sputnik, thus began the journey of Earth observation (EO). Then, in the early 1960s, with rapid developments in space technology and the race to reach the moon, scientific discussions veered toward the potential applications of EO in the fields of geography, agriculture, water resources, geology, and oceanography (NASA: Sputnik and the dawn of the space age, 2017; Haklay et al. in Earth observation open science and innovation, ISSI scientific report series 15, 2018).