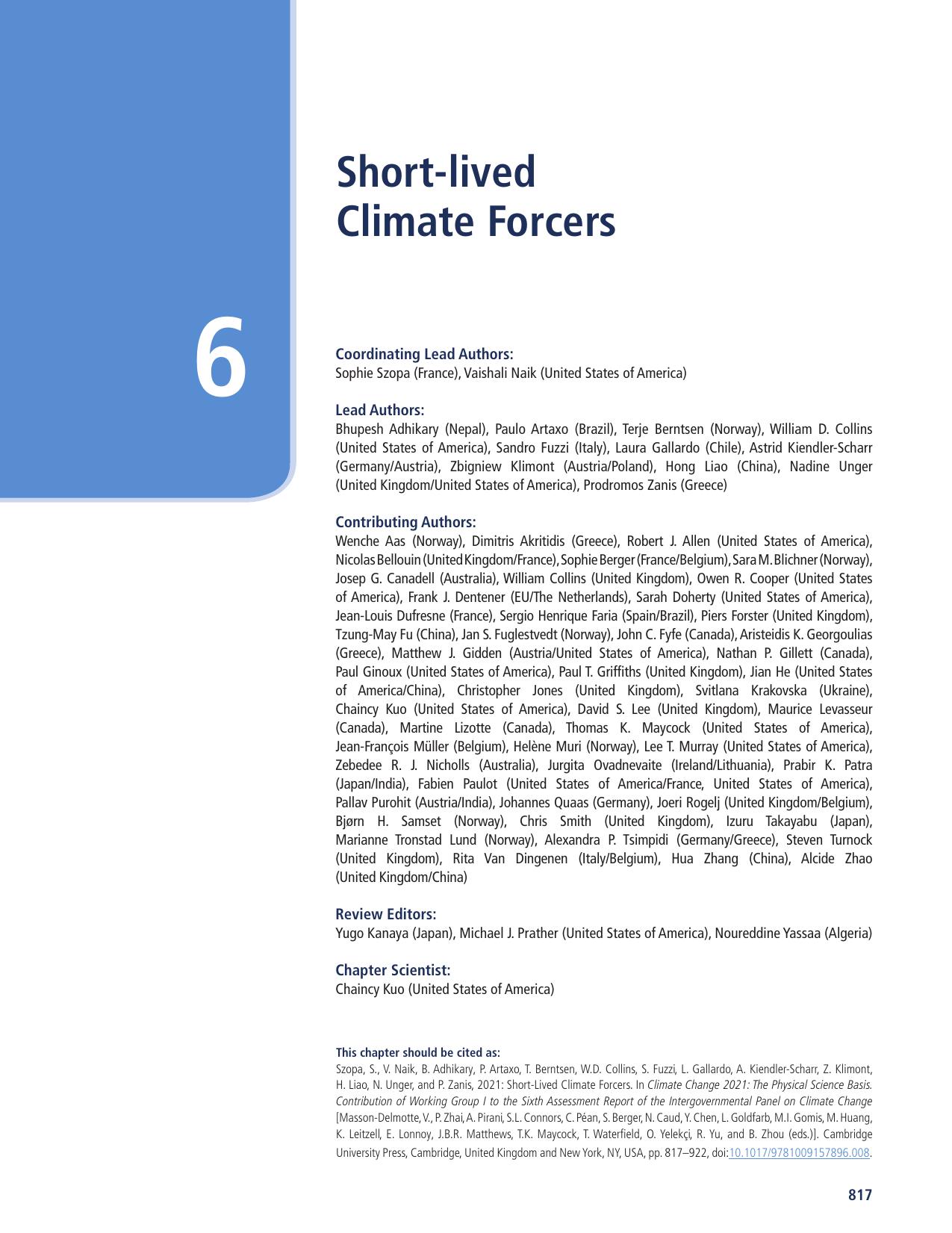 Short-lived climate forcers (SLCFs) affect climate and are, in most cases, also air pollutants. They include 3 aerosols (sulphate, nitrate, ammonium, carbonaceous aerosols, mineral dust and sea spray), which are also 4 called particulate matter (PM), and chemically reactive gases (methane, ozone, some halogenated 5 compounds, nitrogen oxides, carbon monoxide, non-methane volatile organic compounds, sulphur dioxide 6 and ammonia). Except for methane and some halogenated compounds whose lifetimes are about a decade or 7 more, SLCFs abundances are highly spatially heterogeneous since they only persist in the atmosphere from a 8 few hours to a couple of months. SLCFs are either radiatively active or influence the abundances of 9 radiatively active compounds through chemistry (chemical adjustments), and their climate effect occurs 10 predominantly in the first two decades after their emission or formation. They can have either a cooling or 11 warming effect on climate, and they also affect precipitation and other climate variables. Methane and some 12 halogenated compounds are included in climate treaties, unlike the other SLCFs that are nevertheless 13 indirectly affected by climate change mitigation since many of them are often co-emitted with CO2 in 14 combustion processes. This chapter assesses the changes, in the past and in a selection of possible futures of 15 the emissions and abundances of individual SLCFs primarily on a global and continental scale, and how 16 these changes affect the Earth’s energy balance through radiative forcing and feedback in the climate system. 17 The attribution of climate and air-quality changes to emission sectors and regions, and the effects of SLCF 18 mitigations defined for various environmental purposes, are also assessed