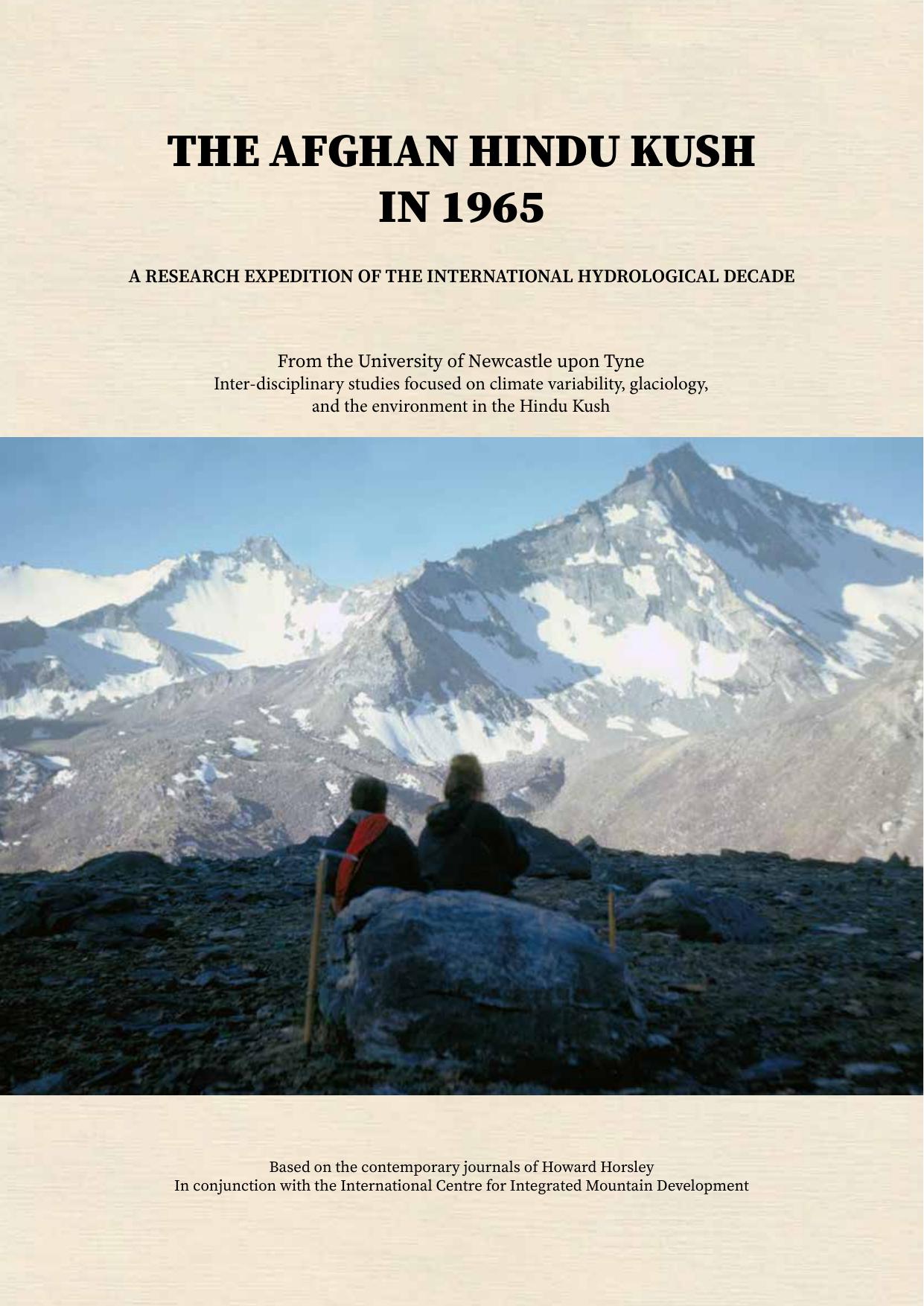 The Afghan Hindu Kush in 1965: A research expedition of the international hydrological decade

As long ago as 1965, an expedition from the University of Newcastle upon Tyne studied the heat and water balance of a glacier in the Hindu Kush. This was possibly the first attempt to scientifically evaluate what was happening to the glaciers in the Hindu Kush–Karakoram–Himalaya region. Dr Hal Lister, then Reader in Geography at the University of Newcastle upon Tyne, was almost certainly the first person to study in detail the glaciers both in the polar regions and at a high altitude in a major mountain range, the expedition of which is described in this volume. Dr Hal Lister was the chief scientist of the expedition led by Dr Sam James of the Civil Engineering Department, which also included Mr Howard Horsley, then a young undergraduate and the primary author of this volume, which is based on his journals.