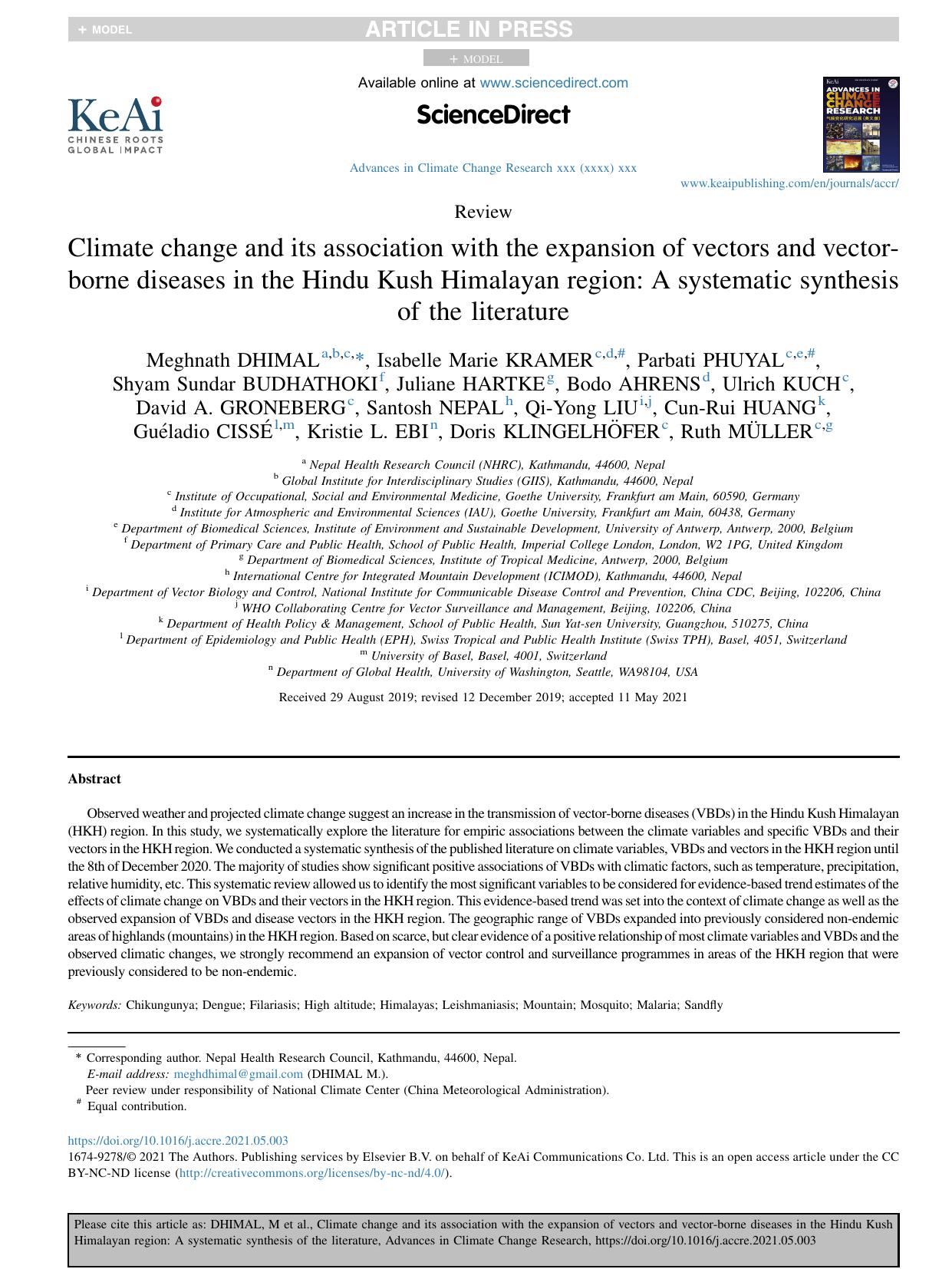 Climate change and its association with the expansion of vectors and vector-borne diseases in the Hindu Kush Himalayan region: A systematic synthesis of the literature

Observed weather and projected climate change suggest an increase in the transmission of vector-borne diseases (VBDs) in the Hindu Kush Himalayan (HKH) region. In this study, we systematically explore the literature for empiric associations between the climate variables and specific VBDs and their vectors in the HKH region. We conducted a systematic synthesis of the published literature on climate variables, VBDs and vectors in the HKH region until the 8th of December 2020. The majority of studies show significant positive associations of VBDs with climatic factors, such as temperature, precipitation, relative humidity, etc. This systematic review allowed us to identify the most significant variables to be considered for evidence-based trend estimates of the effects of climate change on VBDs and their vectors in the HKH region. This evidence-based trend was set into the context of climate change as well as the observed expansion of VBDs and disease vectors in the HKH region. The geographic range of VBDs expanded into previously considered non-endemic areas of highlands (mountains) in the HKH region. Based on scarce, but clear evidence of a positive relationship of most climate variables and VBDs and the observed climatic changes, we strongly recommend an expansion of vector control and surveillance programmes in areas of the HKH region that were previously considered to be non-endemic.