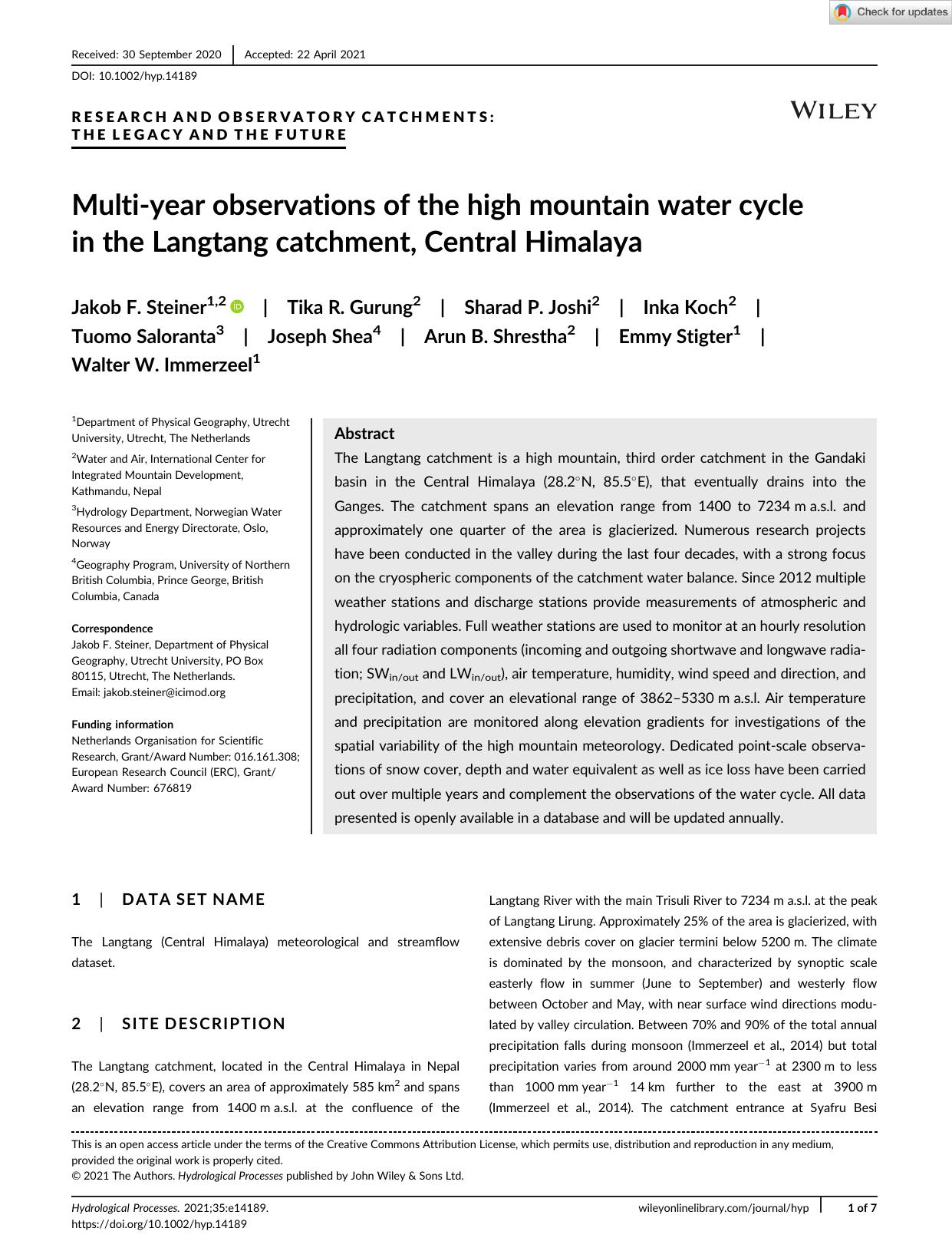 The Langtang catchment is a high mountain, third order catchment in the Gandaki basin in the Central Himalaya (28.2°N, 85.5°E), that eventually drains into the Ganges. The catchment spans an elevation range from 1400 to 7234 m a.s.l. and approximately one quarter of the area is glacierized. Numerous research projects have been conducted in the valley during the last four decades, with a strong focus on the cryospheric components of the catchment water balance. Since 2012 multiple weather stations and discharge stations provide measurements of atmospheric and hydrologic variables. Full weather stations are used to monitor at an hourly resolution all four radiation components (incoming and outgoing shortwave and longwave radiation; SWin/out and LWin/out), air temperature, humidity, wind speed and direction, and precipitation, and cover an elevational range of 3862–5330 m a.s.l. Air temperature and precipitation are monitored along elevation gradients for investigations of the spatial variability of the high mountain meteorology. Dedicated point-scale observations of snow cover, depth and water equivalent as well as ice loss have been carried out over multiple years and complement the observations of the water cycle. All data presented is openly available in a database and will be updated annually.