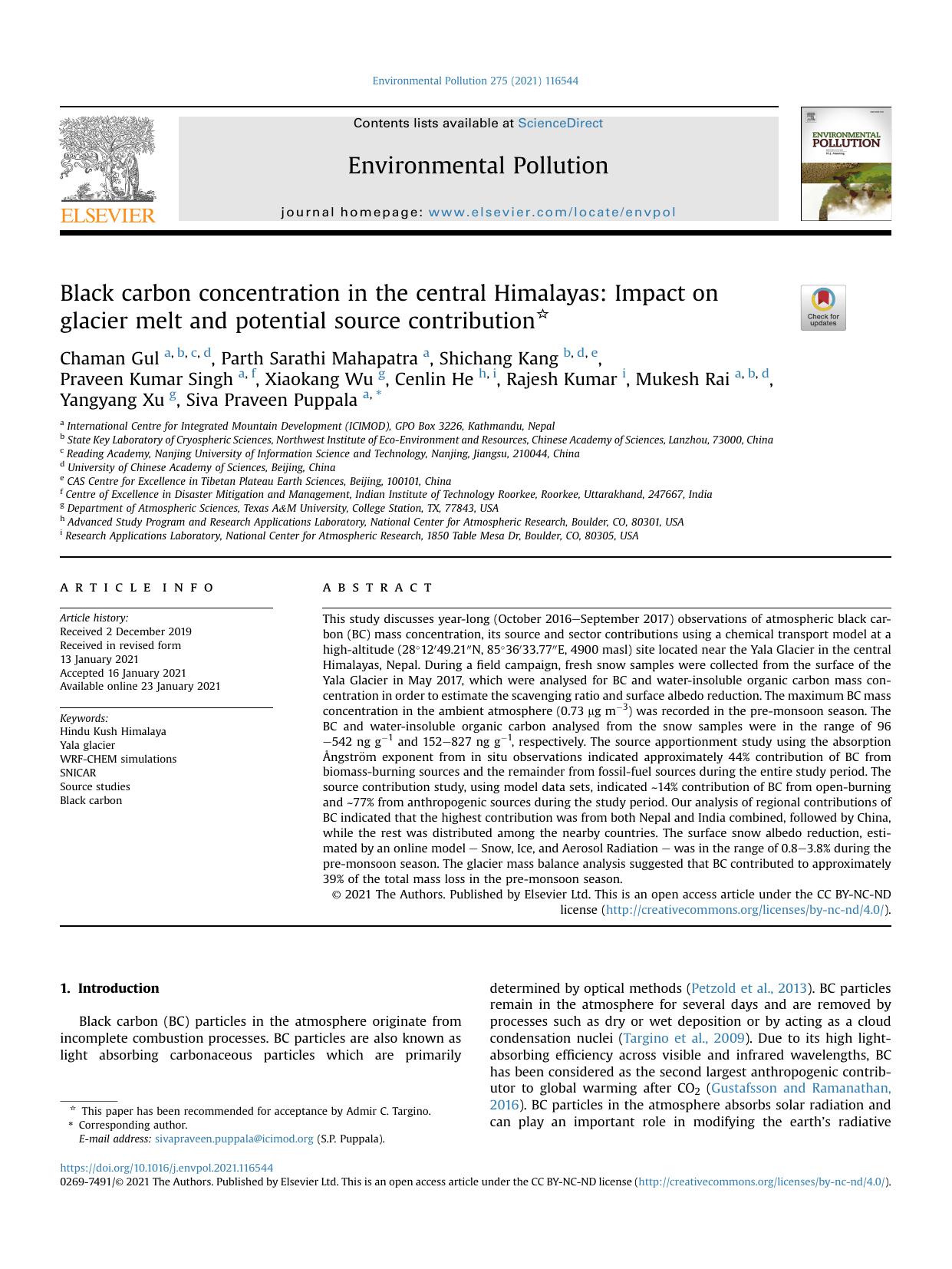 This study discusses year-long (October 2016–September 2017) observations of atmospheric black carbon (BC) mass concentration, its source and sector contributions using a chemical transport model at a high-altitude (28°12′49.21″N, 85°36′33.77″E, 4900 masl) site located near the Yala Glacier in the central Himalayas, Nepal. During a field campaign, fresh snow samples were collected from the surface of the Yala Glacier in May 2017, which were analysed for BC and water-insoluble organic carbon mass concentration in order to estimate the scavenging ratio and surface albedo reduction. The maximum BC mass concentration in the ambient atmosphere (0.73 μg m−3) was recorded in the pre-monsoon season. The BC and water-insoluble organic carbon analysed from the snow samples were in the range of 96–542 ng g−1 and 152–827 ng g−1, respectively. The source apportionment study using the absorption Ångström exponent from in situ observations indicated approximately 44% contribution of BC from biomass-burning sources and the remainder from fossil-fuel sources during the entire study period. The source contribution study, using model data sets, indicated ∼14% contribution of BC from open-burning and ∼77% from anthropogenic sources during the study period. Our analysis of regional contributions of BC indicated that the highest contribution was from both Nepal and India combined, followed by China, while the rest was distributed among the nearby countries. The surface snow albedo reduction, estimated by an online model – Snow, Ice, and Aerosol Radiation – was in the range of 0.8–3.8% during the pre-monsoon season. The glacier mass balance analysis suggested that BC contributed to approximately 39% of the total mass loss in the pre-monsoon season.