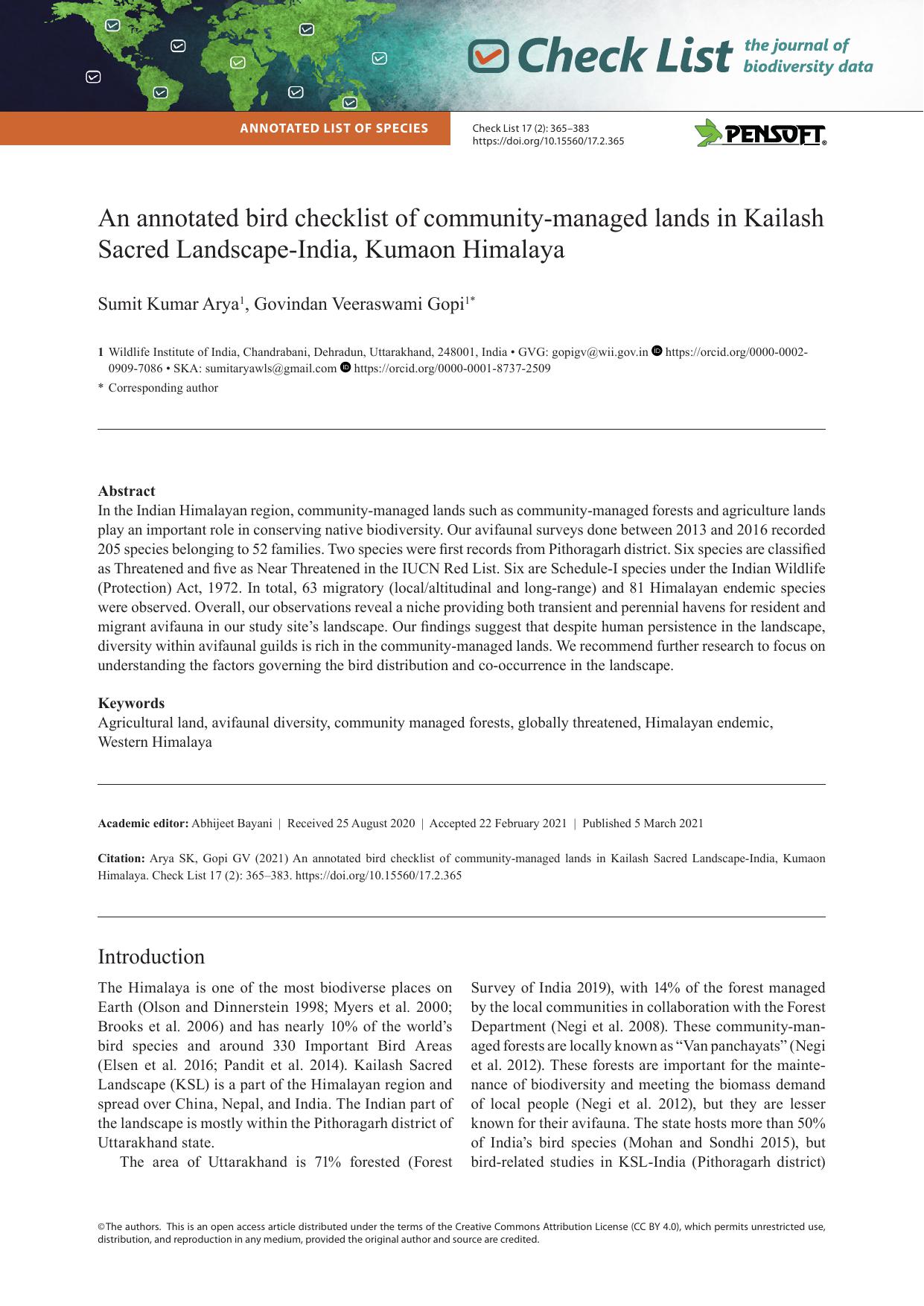 In the Indian Himalayan region, community-managed lands such as community-managed forests and agriculture lands play an important role in conserving native biodiversity. Our avifaunal surveys done between 2013 and 2016 recorded 205 species belonging to 52 families. Two species were first records from Pithoragarh district. Six species are classified as Threatened and five as Near Threatened in the IUCN Red List. Six are Schedule-I species under the Indian Wildlife (Protection) Act, 1972. In total, 63 migratory (local/altitudinal and long-range) and 81 Himalayan endemic species were observed. Overall, our observations reveal a niche providing both transient and perennial havens for resident and migrant avifauna in our study site’s landscape. Our findings suggest that despite human persistence in the landscape, diversity within avifaunal guilds is rich in the community-managed lands. We recommend further research to focus on understanding the factors governing bird distribution and co-occurrence in the landscape.