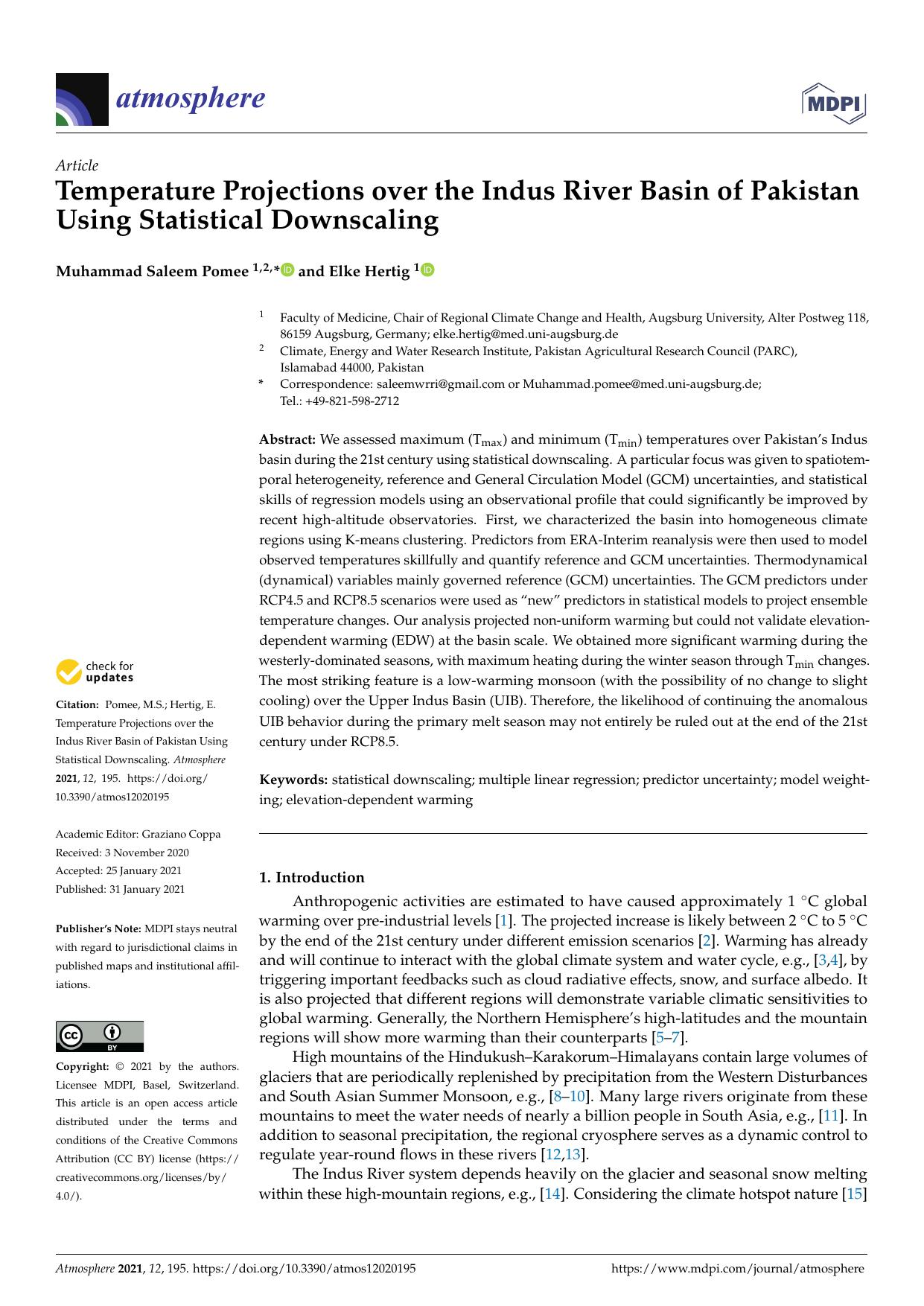 We assessed maximum (Tmax) and minimum (Tmin) temperatures over Pakistan’s Indus basin during the 21st century using statistical downscaling. A particular focus was given to spatiotemporal heterogeneity, reference and General Circulation Model (GCM) uncertainties, and statistical skills of regression models using an observational profile that could significantly be improved by recent high-altitude observatories. First, we characterized the basin into homogeneous climate regions using K-means clustering. Predictors from ERA-Interim reanalysis were then used to model observed temperatures skillfully and quantify reference and GCM uncertainties. Thermodynamical (dynamical) variables mainly governed reference (GCM) uncertainties. The GCM predictors under RCP4.5 and RCP8.5 scenarios were used as “new” predictors in statistical models to project ensemble temperature changes. Our analysis projected non-uniform warming but could not validate elevation-dependent warming (EDW) at the basin scale. We obtained more significant warming during the westerly-dominated seasons, with maximum heating during the winter season through Tmin changes. The most striking feature is a low-warming monsoon (with the possibility of no change to slight cooling) over the Upper Indus Basin (UIB). Therefore, the likelihood of continuing the anomalous UIB behaviour during the primary melt season may not entirely be ruled out at the end of the 21st century under RCP8.5.